There was a whole lot to like about the Boston Red Sox’s performance Monday night.

The Red Sox got an excellent outing from starter David Price, an even more brilliant defensive play from rookie Andrew Benintendi and a strong output at the plate to cruise to a 6-0 win over the Tampa Bay Rays at Fenway Park.

Boston now has won 9 of its last 11 games and moved into a first-place tie with the Toronto Blue Jays in the American League East with the win.

GAME IN A WORD
Soar.

Price’s performance on the mound was overshadowed by an outstanding play made by Benintendi, who made a leaping catch while crashing into the left field wall to rob a two-run homer.

IT WAS OVER WHEN…
Benintendi made one of the plays of the year.

Scott Souza Jr. thought he had a two-run homer in the eighth inning, but the 22-year-old had other plans, leaping over the wall in left field to rob the Rays outfielder in one of the best plays you’ll see this season.

ON THE BUMP
— Price dazzled in one of his best outings of the season, but he got a little help.

The Red Sox left-hander pitched eight scoreless innings, allowing just four total baserunners on two hits and two walks. He almost allowed a two-spot in his final inning, but Benintendi’s amazing play helped Price deliver his third outing of the season in which he didn’t allow a run.

Price also struck out eight batters and picked up his third consecutive win, lowering his ERA to 4.00 in the process.

IN THE BATTER’S BOX
— Chris Young had a successful return to the lineup. He roped an RBI double in the fourth inning to get the Red Sox on the board and reached base three times thanks to a pair of walks.

Jackie Bradley Jr. pinch ran for Young in the eighth and went to center field, bumping Benintendi to left field in a move that paved the way for the rookie’s awesome catch.

— Benintendi contributed with the bat, too, scoring Sandy Leon on a sacrifice fly in the second inning for his 10th major league RBI.

— Hanley Ramirez extended the Red Sox’s lead to 3-0 in the seventh with a sacrifice fly that plated Xander Bogaerts.

— Bogaerts blasted a monster two-run homer to left field in the eighth inning, his 15th of the season and first since July 31. He finished 2-for-4 with two RBIs and two runs scored.

— Leon finished 1-for-4 with a walk and drove in the Red Sox’s sixth run of the night with an RBI groundout in the eighth.

— David Ortiz went 2-for-4, hitting his 624th career double in the first inning and narrowly missing a three-run homer in the third.

TWEET OF THE NIGHT
Yup, this all checks out.

Wow. The incarnation of Fred Lynn. Boston's Benintendi. Moves like a lava lamp. Lettuce. Unfazed by life. Smooth as a fresh jar of Skippy.

UP NEXT
Clay Buchholz will get the call for the Sox on Tuesday in the second game of their four-game set with the Rays. Tampa will counter with right-hander Chris Archer. First pitch at the Trop is set for 7:10 p.m. ET. 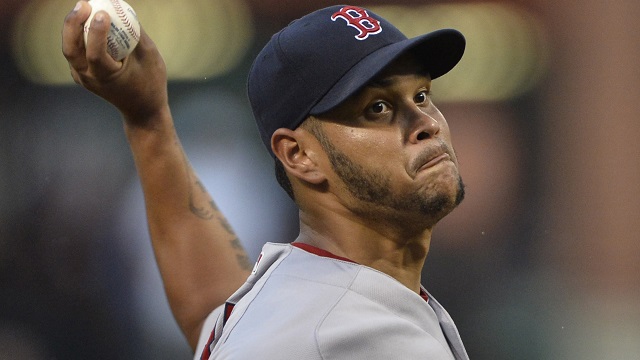 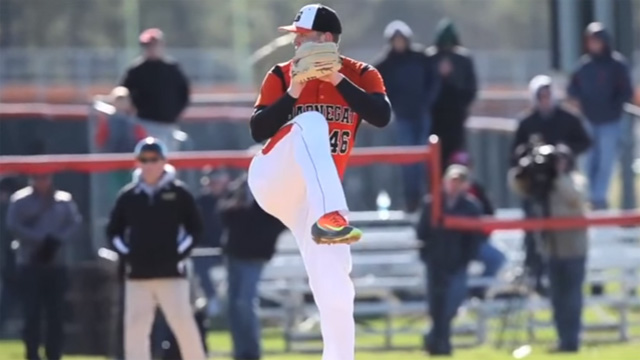