“Make it,” Arians said in his postgame news conference. “He’s a professional. This ain’t high school. You get paid to make it.”

Bill Belichick wasn’t nearly as blunt Monday morning when discussing his own kicker, Stephen Gostkowski, but the New England Patriots coach admitted Gostkowski hadn’t fulfilled every part of his job description this season.

Asked whether the NFL’s new touchback rule — which teams have subverted by placing kickoffs closer to the goal line rather than booting them out of the end zone — has thrown off Gostkowski’s mechanics, Belichick invoked a golf analogy: A quality golfer is proficient with all of his or her clubs, just as a well-rounded kicker or punter must be able to perform in multiple game situations.

Gostkowski has excelled on kickoffs this season but has struggled mightily when aiming for the uprights. He’s missed three field goals and two extra points over the Patriots’ first seven games, including one point-after in Sunday’s 27-16 win over the Pittsburgh Steelers.

“So it’s not like like you’re standing out there in a driving range and just banging the ball away every time. Especially on place kicks, you’re dealing with a center and a holder and timing on the play. It’s not like you’re just placing the ball down there on a tee and kicking it like you are a golf ball or a kickoff.

“So yeah, they’re definitely different, and whether it’s a punter or a kicker you’re talking about, they have to master different skills, different kicks, different types of kicks, different things that are specific to their position, just like every other player and every other athlete, for the most part, has to do. If you’re a basketball player, you just can’t shoot free throws. You’ve got to be able to make some other shots, too. That’s part of the position: being able to do the things that are required of that position, and they’re not all the same. I don’t think they’re all the same for anybody.”

Gostkowski, who owned the NFL’s highest field-goal success rate from 2013 through the end of last season, had no answer for his sudden inaccuracy when approached by reporters after Sunday’s game.

?Right now, I just stink,? he said. ?I have to figure out how to get better. It?s not working out, kind of piling on, and I?m going to hold my head high, keep working hard and keep doing the best I can as long as I keep getting the opportunities.? 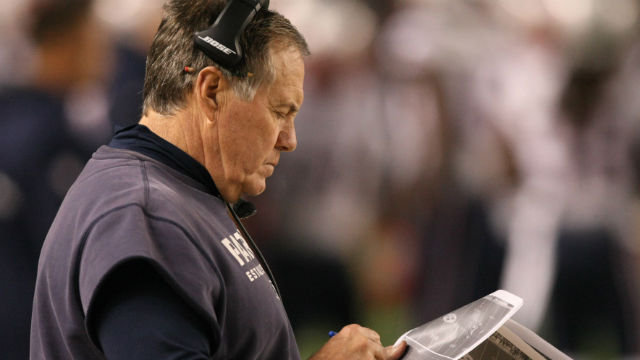