David Ortiz isn’t exactly blessed with Olympic sprinter speed. But even a 40-year-old designated hitter can find an extra gear in the postseason.

Ortiz came to bat in the eighth inning Thursday night with the Boston Red Sox trailing the Cleveland Indians by one run in Game 1 of the American League Division Series. And as he’s done so many times in the playoffs, Big Papi came up clutch by roping a line drive to the gap.

In any a regular season game, Ortiz might have been content with a single. But this is the playoffs, and the big guy turned on the jets to race into second base and beat center fielder Tyler Naquin’s throw by a hair for a one-out double.

Just how fast did the 6-foot-3, 230-pound slugger run to leg out that double? According to MLB’s Statcast, faster than he’s ever run this season.

Why yes, that was @davidortiz?s fastest home-to-second time of the season.

Ortiz was able to catch his breath, as Marco Hernandez came in to pinch run for Big Papi. Unfortunately for Boston, though, the Red Sox couldn’t capitalize on Ortiz’s hustle: Hanley Ramirez grounded out and Xander Bogaerts struck out to end the inning and a chance to tie the score. Boston went on to lose 5-4. 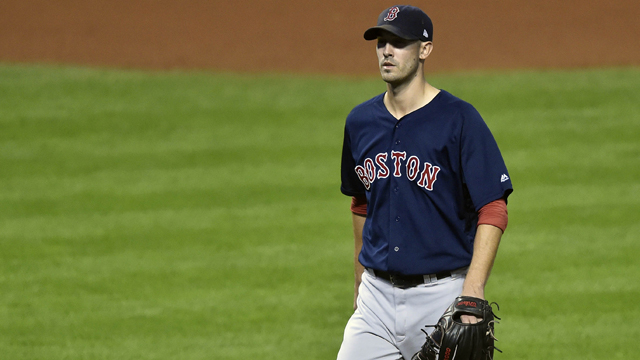 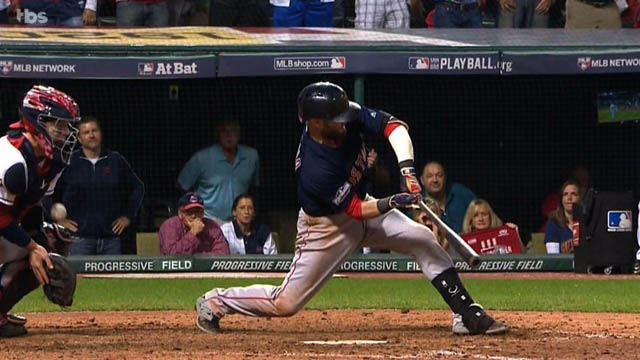 Did Dustin Pedroia Check His Swing On Strikeout To End Red Sox-Indians Game?