The Patriots acquired cornerback Eric Rowe in a trade with the Philadelphia Eagles just days before their season opener against the Arizona Cardinals. He was a healthy scratch in Week 1, then hurt his ankle and sat out Weeks 2 and 3 because of injury. Rowe then was a healthy scratch in Weeks 4 and 5 before he finally was made active Sunday against the Cincinnati Bengals.

“It’s a huge confidence-booster,” Rowe said Sunday after the Patriots’ 35-17 win. “It kind of reminded me of last year against Calvin (Johnson), and I had at least a pass breakup. Even if it was a little bit of a spotty game, it boost my confidence knowing I could play with these elite receivers like him and now A.J. Most importantly, it’s a confidence boost for the coaches. They can see I can get out there and play. So you know, I can get some more opportunities.”

Rowe definitely deserves more opportunities after personally holding Green to one catch for 9 yards on two targets in the second half. Rowe also let up a 1-yard catch to Bengals receiver James Wright.

Rowe’s best play came with 12:47 remaining in the fourth quarter, when Bengals quarterback Andy Dalton targeted Green while facing third-and-2 at the Patriots’ 7-yard line. Rowe followed Green into the end zone and batted the pass away, forcing a field goal.

“The key is you’ve got to get a jam on them,” Rowe said about his red-zone play. “I make sure each time I was lined up with him, get a hand on his chest because I don’t want a free release. That makes my down tougher. It’s then playing the ball in the air. Once I saw his eyes get big, I looked back for the ball. Then I turn into the receiver, too — no PI gets called on me. The main thing is just getting a hand on him.”

Rowe, who’s 6-foot-1, 205 pounds, will be valuable moving forward against tall receivers such as Green. Rowe and safety Duron Harmon are the Patriots’ only defensive backs over 6-feet. The Bengals had multiple receivers over 6-feet, which led to Rowe’s debut.

“That’s kind of what I’m best matched with, tall long guys like A.J. who like to run deep routes,” Rowe said. “I like to run, I can run with them. That kind of is a good fit for me.”

Rowe knew he’d cover Green entering the Week 6 matchup with the Bengals. It was only a matter of when.

“It was in the game plan this whole week of practice” Rowe said. “Whenever the coaches were ready to use it in the second half, they did. I came in knowing I was going to match with him.” 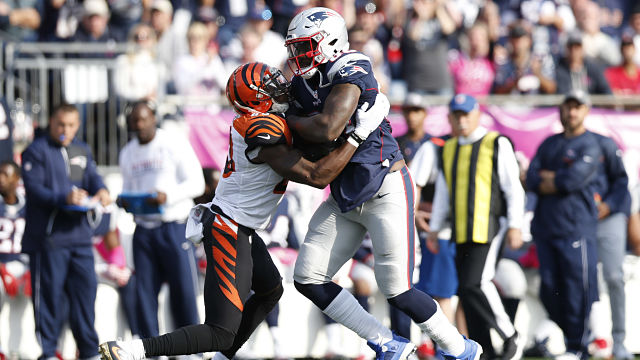 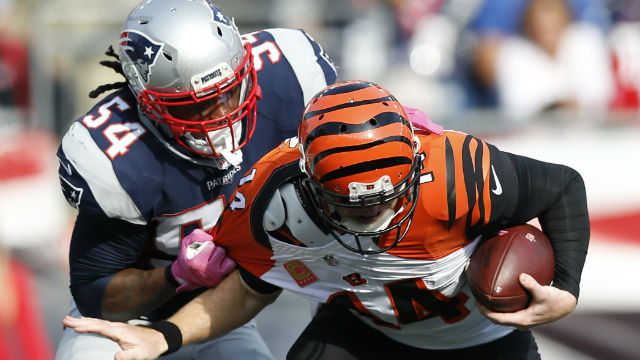