FOXBORO, Mass. — The New England Patriots held their final practice of the week Friday afternoon in the shadow of Gillette Stadium. Afterward, they packed their bags for Cleveland, where they’ll take on the Browns on Sunday in Week 5 of the NFL season.

As the Patriots prepare to board their flight to the Land of LeBron, here are a few quick pre-trip notes:

— Friday was a relatively quiet day in the Patriots locker room, with tight end Martellus Bennett providing the highlight by blaring some Christmas tunes from his portable speaker.

Bennett’s playlist included the “Home Alone” score and Dolly Parton’s rendition of “Walking In a Winder Wonderland,” with the “Harry Potter” theme song thrown in for good measure.

— Sunday’s game will be the first back in Cleveland for ex-Browns Jabaal Sheard and Barkevious Mingo, who joined the Patriots last summer and this preseason, respectively.

Mingo, a defensive end/linebacker whom the Patriots primarily have used on special teams, downplayed the significance of taking on his old team for the first time.

?It?s just any other opponent,” Mingo told Mark Daniels of the Providence Journal. “Just happens to be Cleveland. Got to study for them. Got to be ready for anything they?re bringing. It?s any other team. We?re just getting ready to go and play any other team.?

— There’s a chance tight end Greg Scruggs could make his Patriots debut this weekend. The converted defensive end signed with New England last Saturday but was inactive for Sunday’s loss to the Buffalo Bills.

Asked Friday about what Scruggs brings to the table, Patriots coach Bill Belichick noted the team got a good look at him when the Chicago Bears — Scruggs’ previous employer — visited Foxboro this summer for a set of joint practices.

“We saw him in Chicago when they practiced against us,” Belichick said. “A strong, physical player, 270-plus (pounds), whatever he is. He played defense for a couple of years, so he?s a conversion and doesn?t have as much experience at the (tight end) position as some guys do. But good size, athletic, so we?ll see and we?ll just evaluate him.”

— Belichick has avoided quarterback-related questions like the plague all season. That was the case again Friday, when the Patriots coach pooh-poohed a seemingly innocent question about whether his players are excited to have Tom Brady back from his four-game Deflategate suspension.

“Well, hopefully all of our players are focused on the job that they have to do and not worry about what everyone else is doing,” Belichick said. “Hopefully we can go out there and play well as a team, (and) each of us do our jobs. I think we?ll leave being fans to the fans. We?ll just try to do our job and see if we can compete.” 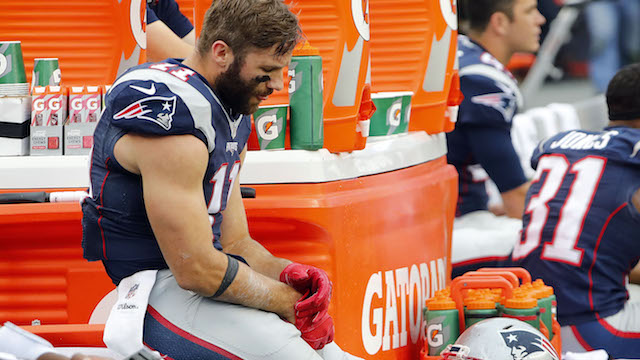 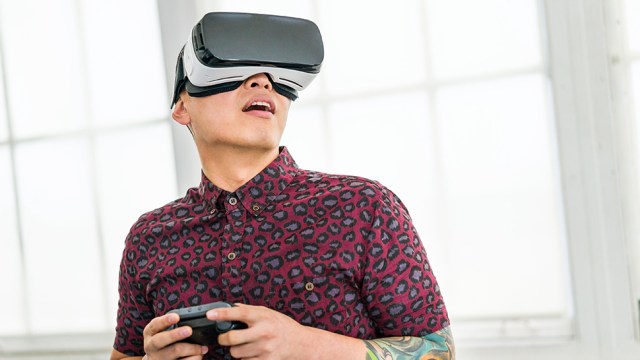