FOXBORO, Mass. — Tom Brady often draws comparisons to a Clydesdale when he leaves the pocket to rumble for a first down.

Galynn Brady sees him as more of a racehorse.

Asked Wednesday about his lack of top-end speed, the New England Patriots quarterback interjected that his mother views his skill set quite differently than most do.

“Don’t tell my mom that, either, because she would totally disagree with that,” Brady said. “She thinks I’m very fast. She’s like, ‘I think you’re the fastest person on the field.’ I’m like, ‘Mom, you are crazy. There’s no way.’ That’s moms.”

Mama Brady might be more than a little bit biased in that assessment, but her son has used his legs to keep defenses honest this season. In three games since returning from his Deflategate suspension, Brady has nine carries for 29 yards, picking up four first downs. He’s on pace for 116 rushing yards this season, which would be a career high.

“If there’s two or three plays a game that you can make, just moving out of the pocket or sliding or buying your receivers more time or scrambling on third-and-2, it’s just one more thing (defenses) have to defend,” Brady said. “Jimmy (Garoppolo) made a bunch of those when he was in early. Jacoby (Brissett) made some.

“It’s nice to be able to do that, because it does help the team, and I think it’s a little discouraging for a defense when they feel like they’ve got you covered or they’ve got the right call on, and all of the sudden — I don’t think they’re planning on me scrambling for first downs. I know they’re not working on that. They’re working on stopping (Rob Gronkowski) and Julian (Edelman) and Danny (Amendola) and (Chris Hogan) and LeGarrette (Blount) and James (White). That’s not one of their top 10 things on their hit list. It’s pretty discouraging when it happens, and hopefully we can keep it going.”

Brady also has been characteristically productive through the air this season, leading the NFL in completion percentage, passer rating and yards per attempt. He’s thrown eight touchdown passes this season and has yet to turn the ball over. 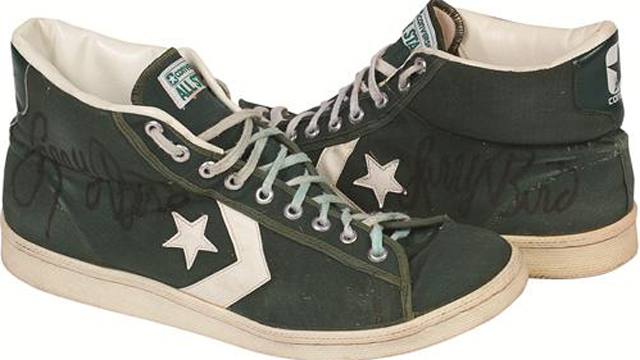 Larry Bird’s Game-Worn Rookie Year Sneakers Can Be Yours For $3,000 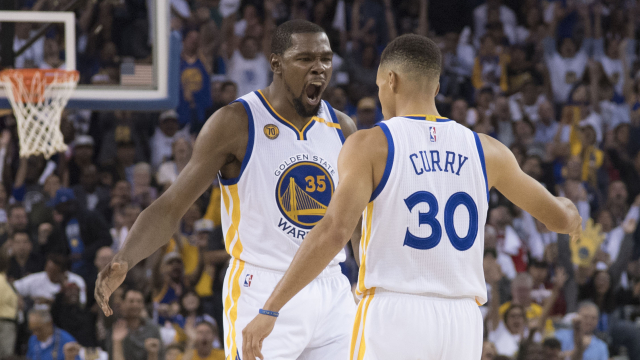 Kevin Durant, Stephen Curry Both See Warriors’ Opener As ‘Slap In The Face’