HOUSTON — It was David Tyree, Mario Manningham and Jermaine Kearse all rolled into one. And this time, the New England Patriots’ defense wasn’t the one being victimized.

Patriots wide receiver Julian Edelman hauled in one of the greatest catches in Super Bowl history Sunday night to spur on one of the most stunning comebacks the NFL has ever seen.

With just over two minutes remaining in the fourth quarter of Super Bowl LI and the Patriots trailing the Atlanta Falcons by eight, quarterback Tom Brady fired a pass downfield to Edelman that Falcons cornerback Robert Alford got a hand on, deflecting it straight up in the air.

Edelman and three Atlanta defensive backs dove for the ball. It caromed off Alford’s knee and landed on safety Ricardo Allen’s elbow before Edelman snatched it out of the air inches above the NRG Stadium turf.

The Patriots, who’d trailed by 25 points with less than three minutes remaining in the third quarter, went on to score the game-tying touchdown four plays later to force overtime. James White’s 1-yard touchdown run four minutes into the extra session secured a 34-28 win for New England and capped the largest comeback in Super Bowl history.

“Oh, man,” a beaming Dion Lewis said after the game when asked about Edelman’s juggling catch. “I saw it, and it looked like he caught it, but I can’t really see that good. But the ref actually further away (called it a catch). I was like, ‘How can you see it from all the way over there?’ But then we saw the replay, and it was a catch. Everybody was hype. That was a turning point for us.”

Falcons wide receiver Julio Jones made similarly spectacular grab along the sideline just minutes before Edelman’s. But because Atlanta was unable to hold its three-touchdown lead, it will be lost to history.

“Edelman?s catch was an unbelievable play, as was Julio Jones? catch on the sideline,” Patriots coach Bill Belichick said. “… That was a tremendous play. It is not the first one (Edelman) has made, but that was obviously a big one.?

Patriots offensive coordinator Josh McDaniels called Edelman’s catch an example of “great concentration.” Wide receiver Danny Amendola called it “unbelievable” and “awesome.” Even the man who threw the ball was stunned Edelman had come down with it.

“I couldn?t believe it,” Brady said. “It was one of the greatest catches. We?ve been on the other end of a few of those catches and tonight, you know, we came up with it. It was a pretty spectacular catch. He had a hell of a game.?

Tyree’s and Manningham’s highlight-reel catches have gone down as the signature plays of the Patriots’ two Super Bowl losses. (Kearse’s would have, too, but, you know, Malcolm Bulter.) Edelman was just happy to be on the right side of this one. 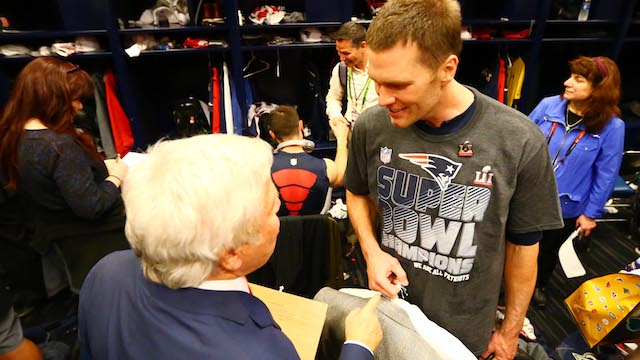 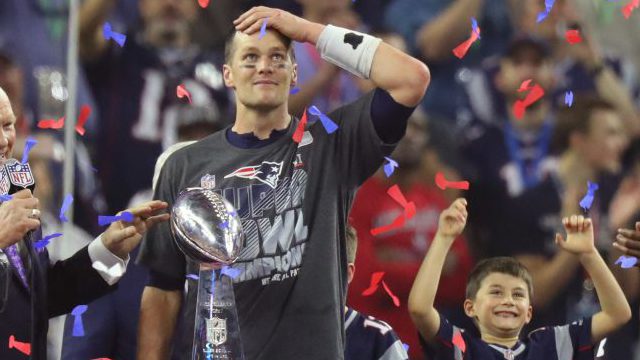