Some quick thoughts on the signing:

— Gillislee is coming off by far the best season of his pro career. He appeared in 15 games for the Buffalo Bills in 2016, averaging 5.7 yards per carry on 101 rushing attempts. He ran for eight touchdowns and caught one touchdown pass while spending most of the season as Pro Bowler LeSean McCoy’s understudy.

— Those poor Bills. Buffalo declined to match the Patriots’ offer to Gillislee (two years, $6.4 million), making him the latest in an ever-growing line of players to change sides in the AFC East rivalry. Wide receiver Chris Hogan swapped Bills Mafia for Patriots Nation when he signed with New England last offseason, and highly touted cornerback Stephon Gilmore followed suit when he inked a five-year, $65 million contract last month. Hogan, like Gillislee, was a restricted free agent, while Gilmore was unrestricted.

But is this running back group too deep? Can offensive coordinator Josh McDaniels find a way to keep Gillislee, Burkhead, Lewis and White all involved? You don’t see too many teams with four backs who are legitimate offensive threats. Most of the time, there simply are not enough touches to go around. This obviously is a good problem to have, but it will be interesting to see how the Patriots manage it, both before and during the season.

Running backs Brandon Bolden and D.J. Foster and fullback James Develin also are under contract for this season and will factor into the equation.

— On a related note: What does this signing mean for Lewis? The Patriots are paying Gillislee and Burkhead big money relative to what they typically give running backs, and they just locked up White to a three-year contract extension. Lewis, meanwhile, will have a cap hit of less than $1.5 million this season in the final year of his contract. He also is coming off an injury suffered during Super Bowl LI — albeit one that wasn’t particularly serious.

There’s nothing that suggests the Patriots are looking to trade one of their four primary backs, but if they do, Lewis could be the guy.

— Gillislee’s signing almost certainly dashes any hopes LeGarrette Blount had of returning to New England for another season. Bringing back Blount — who set career highs in all three rushing categories in 2016, including a Patriots franchise record for rushing touchdowns — remained a possibility even after the team signed Burkhead. But now? No chance.

— The Patriots had to hand over a fifth-round draft pick to the Bills to sign Gillislee, further sapping their dwindling supply of selections. They now have just six picks in the 2017 NFL Draft, which begins Thursday night: 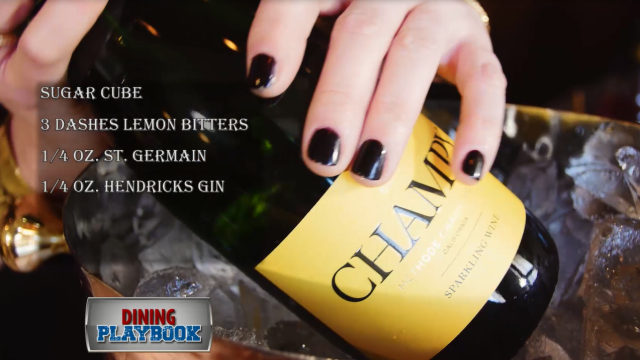 Dining Playbook: Cheers to That: Davio’s