Andrew Benintendi played the role of hero Monday night, and he picked up right where he left off Tuesday at Globe Life Park.

The Boston Red Sox left fielder went 5-for-5 with two home runs and six RBI in the Red Sox’s 11-4 win over the Texas Rangers.

Rangers ace Yu Darvish was hit hard from the first pitch as the Red Sox chased him after 4 1/3 innings.

All in all, the Sox’s offense pounded out 19 hits in support of David Price, who turned in his best outing of the season.

GAME IN A WORD
Bludgeoning.

The Red Sox’s offense jumped on Darvish early and never let up.

IT WAS OVER WHEN …
Benintendi launched a three-run home run in the fifth inning to give Boston a seven-run lead.

Price kept the Rangers’ bats at bay and the Sox’s offense tacked on a few more runs to nail down the win.

ON THE BUMP
— Price turned in arguably his best start of the season. The Red Sox left-hander tossed six-plus shutout innings, allowing six hits while striking out nine and walking two.

The Rangers threatened in the first inning when they put runners on second and third with two outs, but Price struck out Carlos Gomez to end the threat.

The lefty scattered four hits through the remaining five-plus innings, showing good velocity on his fastball and sharp bite to his breaking stuff. He walked the leadoff hitter in the seventh inning, prompting a visit from manager John Farrell and the trainer. Price was removed from the game for precautionary reasons.

— Blaine Boyer worked a scoreless seventh inning but gave up three runs in the eighth.

— Robby Scott gave up a run in the ninth inning.

IN THE BATTER’S BOX
— Benintendi drove in the Red Sox’s first run with an RBI single in the second inning. He scored three batters later when Tzu-Wei Lin laced a single to right field to give Boston a two-run edge.

— The Red Sox struck again in the fourth when Christian Vazquez ripped an RBI single to right field. Lin followed with his second RBI single of the day to stretch the lead to four.

–Benintendi blasted a monster three-run home run in the fifth inning to give the Sox a seven-run lead and chase Darvish from the game.

— Benintendi knocked in his fifth run of the game with an RBI single in the sixth inning.

— Benintendi and Jackie Bradley Jr. hit back-to-back solo home runs in the eighth inning to grow the lead to 11.

— Mookie Betts and Xander Bogaerts were the only Red Sox starters to not record a hit.

UP NEXT
The Red Sox continue their three-game series with the Rangers on Wednesday night at Globe Life Park. Doug Fister gets the ball for Boston and will be opposed by Andrew Cashner for Texas. First pitch is scheduled for 8:05 p.m.ET. 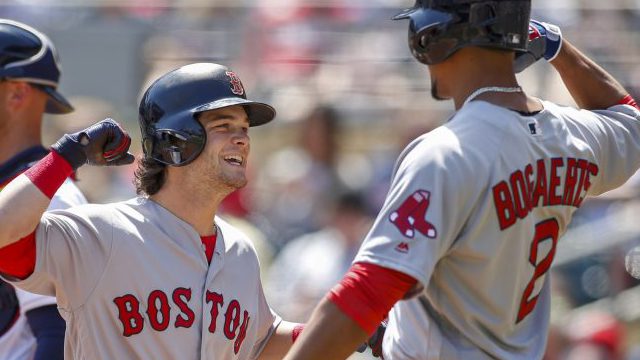 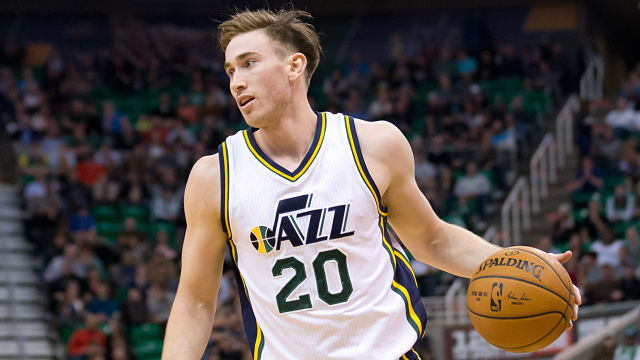