TAMPA, Fla. — There was little communication required in the New England Patriots’ secondary as their team outlasted the Tampa Bay Buccaneers 19-14 at Raymond James Stadium.

Perhaps that’s why Stephon Gilmore was able to play like the cornerback the Patriots thought they were signing to a five-year, $65 million contract on the first day of free agency in March. Gilmore didn’t perform like that player in Week 4 when multiple communication lapses sprung Panthers receivers for big plays in Carolina’s 33-30 win at Gillette Stadium.

Gilmore followed around Buccaneers stud wide receiver Mike Evans on Thursday and helped limit him to five catches on eight targets for 49 yards. It was the 6-foot-5, 231-pound receiver’s least productive game of the season. Gilmore got the assignment early in the week and studied Evans’ routes and tendencies.

Though the Patriots did let Buccaneers quarterback Jameis Winston pile up yards in the second half, there were no obvious mental lapses in New England’s secondary.

“I was locked in on the communication,” Gilmore said. “I was following Evans, so that made it a little bit easier. So, when I got my guy, I’m good.

“I think that’s what gets the best out of me, when I’m following a guy and studying a certain guy.”

Evans is far from the only big receiver the Patriots will have to deal with this season. They have Julio Jones in Week 7, Keenan Allen in Week 8, Demaryius Thomas in Week 10, Amari Cooper in Week 11, DeVante Parker in Weeks 12 and 14 and Martavis Bryant in Week 15. The Patriots now know they can trust Gilmore to play at a high level when his assignment is simple, no matter how difficult it might be.

“We just told those two guys, Malc and Steph, who I think are some of the better corners in the league, just told them you got those guys, and play ball,” safety Duron Harmon said Thursday. “And that’s what they did. For us to have the week we had, and a short week, everybody was talking about the secondary, this, that and the other, and I really believe those guys came out here and competed at a high level tonight. It was good to watch and good to see.” 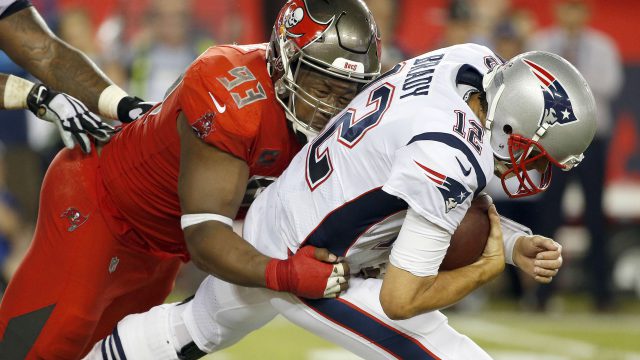 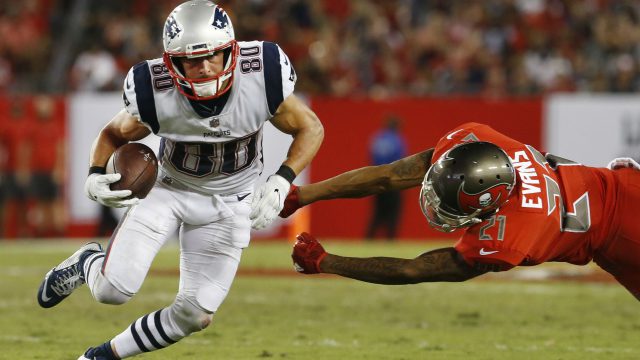