Let’s get right into this week’s mailbag.

I’m fine with being the “Malcolm Mitchell?” guy.

@DougKyed Is Bud Dupree the leader of the Harrison smear campaign?
— @WitherSpartanIV
Yes, he is. And it’s a very strange path to go down if you’re Bud Dupree.

James Harrison is one of the greatest players in Steelers franchise history. He’s a borderline Hall of Famer. He helped the Steelers win two Super Bowls while picking up an NFL Defensive Player of the Year award, five Pro Bowl selections and four All-Pro honors.

And Dupree is trashing him on the way out the door? Dragging his name through the mud by saying Harrison wouldn’t visit Ryan Shazier at the hospital (which apparently is untrue)? What in the world?

How are Steelers fans not furious at Dupree?

Imagine an alternate universe where the Patriots brought back Vince Wilfork in 2015 then drafted Malcom Brown in the first round. Imagine then if the Patriots activated Wilfork for just five games and gave him 40 snaps through 14 games. Imagine if Wilfork successfully got himself released prior to Week 16. Imagine if Wilfork had signed with, say, the Indianapolis Colts before Week 17. How do you think Patriots fans would have reacted if Dominique Easley then directed a smear campaign against Wilfork?

Patriots fans would have a pretty huge problem with Easley in this situation, right? Right?!

Week 16: I think wide receiver Kenny Britt could have challenged harder for the ball. I also think it was a less than ideal throw by Brady and a good play by Buffalo Bills safety Jordan Poyer.

Week 15: Brady was hit during his attempt and made the decision to throw anyway.

The Patriots QB has now thrown an interception in three straight games. #FinsUppic.twitter.com/0PQAacM0XT

Weeb 14b: Brady held onto the ball for too long and attempted way too deep of a pass to Cooks. This one was all on Brady. It came on third-and-10 and would have served as a deep punt if Howard didn’t return the pick 29 yards.

Week 13: This was the Rob Gronkowski suspension play. If Tre’Davious White doesn’t shove Gronkowski, then it’s probably not an interception.

Patriots TE Rob Gronkowski has been suspended for 1 game for diving on Bills CB Tre'Davious White. (via @FieldYates)pic.twitter.com/sRk5j2XXW0

Week 12: Brady threw flat-footed with pressure in his face to Danny Amendola in tight coverage. The ball sailed and Brice McCain picked it off.

What is your opinion of the Jimmy G trade? Some of your counterparts are acting like it?s the Red Sox trading Babe Ruth to the Yankees and we are only four games in. #MailDoug
— @MSpellacy
I think the Patriots probably could have gotten slightly more in a trade for Jimmy Garoppolo if they moved him during the offseason rather than at the trade deadline, but they played it safe and wanted to see what Brady had left at 40 years old. I think they also wanted to see if they could get Garoppolo to agree to a contract extension.

They painted themselves into a corner and took what they could get from an NFC team for Garoppolo.

It’s easy to say now the Patriots didn’t get fair value for Garoppolo, but teams only had a game and a half of Garoppolo tape to determine what he was worth.

I said at the time it was the riskiest trade Bill Belichick ever made. I think he realized that when he did it.

@DougKyed Do you think Danny Amendola will be remembered better as a patriot than Wes Welker was?
— @PatriotGator
That’s a really good question.

However, I think the Patriots teams from 2005 to 2013 will get lost in history, because they didn’t win any Super Bowls during that time. Welker played from 2007 to 2012, when the Patriots lost two Super Bowls.

So, because Amendola won two Super Bowls, he’ll come back for reunions and the like, but I can’t see him making the Patriots Hall of Fame, while Welker absolutely should.

So, I think Welker overall will be remembered better, but it’s closer than one might think based on stats.

Julian Edelman, for the record, will be remembered better than both.

any interesting story out of Grissom giving up #92 to Harrison?
— @mercedes_l94
Well, we tried to find out Thursday, but Geneo Grissom announced he would only talk after this week’s game.

Has Malcom Brown ?figured it out? the last couple of weeks? He seems to be performing at a high level more consistently.
— @funnyhowthings
I’m not sure if “figured it out” is the right terminology, but he is playing the best football of his career.

He’s also making a case for the Patriots to pick up his fifth-year option this offseason, which would be worth somewhere around $7 million.

If Harrison proves he can seal the edge in the pats system, does that give him early down opportunities? Or do you think the pats will just utilize him as a situational rusher?
— @lund2887
I could see him playing a pretty big role if he proves he’s still got some gas left in his tank at 39 years old. The Patriots signed Eric Lee off the Bills’ practice squad, and he’s almost immediately playing a full workload.

If Harrison can pick up the defense as quickly, he could have a similarly big role in the playoffs.

In an ideal situation, how many snaps does Harrison play this week and also who sees less playing time with his addition? I?m assuming Lee but I?m not exactly sure Harrison?s role here
— @ChefdDds89
Lee’s snaps likely will get depleted, but there also could be a trickle-down effect once Kyle Van Noy comes back. Van Noy could shift Marquis Flowers back to inside linebacker, and Elandon Roberts could be on the field less.

What do you think happens if Mitchell is activated? Do the Pats carry six WRs on the 53 going into the playoffs?
— @chrisaug
The Patriots could elect to keep Brandin Cooks, Danny Amendola, Chris Hogan, Phillip Dorsett, Kenny Britt, Mitchell and Matthew Slater all on the roster. Dorsett and Britt are signed through 2018, and both players have enough upside that the Patriots might want to continue working with them next summer.

There’s not an obvious player on the roster to release at this point, however.

Do the Malcolm?s ever get confused between one another?

Have you ever asked a question that Bill Belichick actually answered? If so, what was it?
— @cjmcmahon_NH
Yeah, tons of them.

Sup? Whats your review of 2017 as a whole? #MailDoug
— @June__NYC
It wasn’t that great for the world, but it was cool for me. I had a baby, covered another Super Bowl and had a lot of fun times with my wife and friends.

Who is the best fit for the Pats among the QBs in the 2018 draft?
— @bobsmietana
I like the cut of Josh Rosen’s jib. I’m not sure if the Patriots would agree, but I’d like to cover that guy.

@DougKyed Will you, brave, intrepid reporter that you are, be adopting James Harrison’s workout routine and writing a multi-part pieces detailing your transformation? Fans wanna know. #maildoug
— @MrQuindazzi
Yeah, I’ll push and pull a bunch of 45-pound plates around. 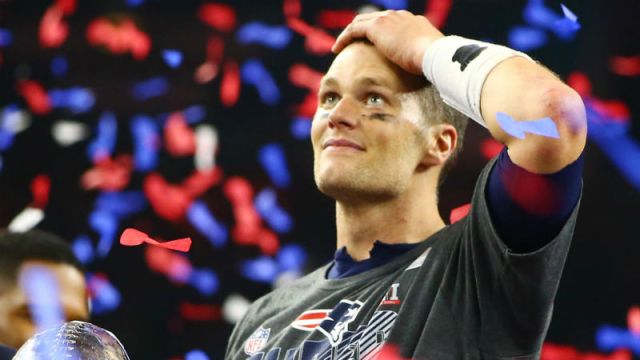 Patriots 2017 Year In Review: Super Bowl Glory And The Long Quest To Repeat 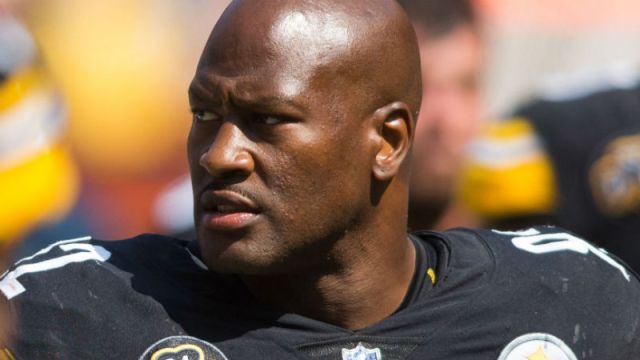