Scouting The Jets: New York Has Made One Major Change Since Loss To Patriots - NESN.com Skip to content

The 2017 New York Jets exceeded expectations this season, which is a weird thing to say about a team that sits at 5-10 entering Sunday’s regular-season finale at Gillette Stadium.

Viewed as legitimate 0-16 contenders this past summer, the Jets instead have been surprisingly competitive.

They’ve beaten two playoff teams (the Jacksonville Jaguars and Kansas City Chiefs) and have just two blowout losses on their résumé: 45-20 to the Oakland Raiders in Week 2 and 23-0 to the Denver Broncos three weeks ago. Of their 10 defeats, six have come by eight or fewer points, including a 24-17 home loss to the New England Patriots in Week 6.

That being said, the Jets still are not a very good football team, and it would be a major surprise if they rolled into Foxboro and knocked off the 12-3 New England Patriots this weekend. The Patriots currently are listed as 15 1/2-point favorites.

Ahead of that matchup, here’s a quick refresher on the Jets, who have made one major change since these teams last met:

OFFENSE
— In an unexpected twist, quarterback play was not an issue for the Jets for most of this season. Josh McCown, a 38-year-old journeyman, proved to be more than just a passable stopgap, posting the highest passer rating (94.5) of any Jets QB since Vinny Testaverde.

A broken hand earlier this month landed McCown on injured reserve, though, and the gap between him and his understudies is considerable. Bryce Petty, who has started the past two games, boasts a miserable 46.6 passer rating this season, and the Jets still do not trust Christian Hackenberg enough to even put him on the field.

Hackenberg, a second-round draft pick in 2016, has yet to take his first NFL snap.

— Wide receiver Robby Anderson is wrapping up a breakout season for the Jets. The second-year pro needs just 61 yards to crack 1,000 for the first time, and his 17 receptions of 20-plus yards are the ninth-most in the NFL. No other Jets pass-catcher has more than eight.

Anderson beat Malcolm Butler for a 23-yard gain early in the first Patriots-Jets meeting but finished that game with just four catches on 12 targets for 76 yards.

— Tight end Austin Seferian-Jenkins had one of his best games of the season against the Patriots, catching eight passes on 11 targets for 67 yards and a touchdown (and had another overturned after he controversially fumbled at the goal line). He hasn’t been much of a factor lately, though, catching nine passes for 42 yards and no scores over the past four games.

— Running back Bilal Powell, who missed the first Patriots game with an injury, carried the ball 19 times for 145 yards and a touchdown last week in a 14-7 loss to the Los Angeles Chargers. Powell is New York’s clear No. 1 back over Matt Forte and Elijah McGuire.

DEFENSE
— The Jets rank in the bottom third in the NFL in a slew of defensive metrics, including 24th in total defense, 23rd in points allowed, 23rd in passing yards allowed, tied for 26th in sacks and 23rd in turnover ratio.

— Patriots offensive coordinator Josh McDaniels expects to see a more aggressive Jets defense than the one New England saw in Week 6. The Jets failed to sack Tom Brady in that game and hit him just three times.

“They?re blitzing a little bit more than they were in the first part of the season, which doesn?t surprise me,” McDaniels said Tuesday in a conference call. “They?re putting pressure on the quarterback, and really there?s a lot of things that they do well — turning the ball over, third down. I mean, there are significant challenges here.”

— Rookie safeties Jamal Adams and Marcus Maye have star potential, but they have just two interceptions between them this season, both by Maye.

— The Patriots likely won’t see former Pro Bowl defensive end Muhammad Wilkerson. The disgruntled veteran has been a healthy scratch for the past two games and is expected to be inactive this weekend, as well, a source told ESPN.com’s Rich Cimini.

How Patriots can clinch home-field advantage in Week 17 >> 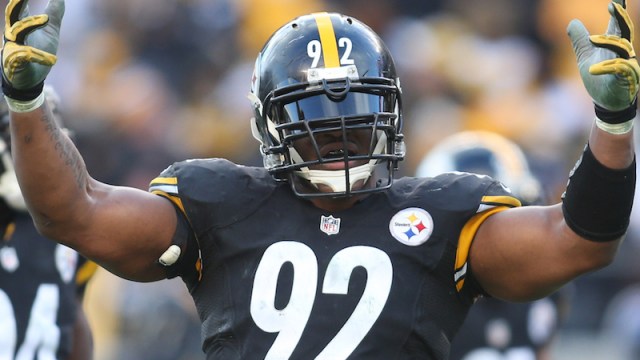 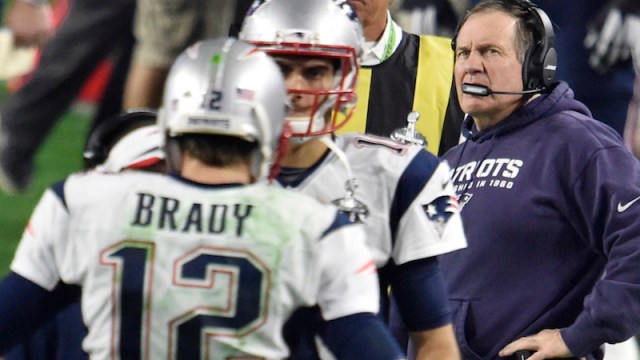