It’s a tried and true media trick: If you want an expansive, insightful answer from New England Patriots coach Bill Belichick, ask him about special teams.

That proved true again Tuesday morning when Belichick spent a substantial portion of his 25-minute-long conference call with reporters discussing the ins and outs of punting after fielding a series of questions about Patriots punter Ryan Allen.

Allen had an excellent game Sunday, pinning the New York Jets inside their own 5-yard line on each of his final three punts in a 26-6 Patriots victory that closed out the regular season.

Belichick, who spent several years as a special teams coach early in his career, praised Allen’s situational punting and his ability to perform in difficult weather conditions — Sunday’s contest was the coldest regular-season home game in Patriots history — but didn’t really get rolling until he was asked about how punting technique is refined during practice.

Below is the full transcript of his response, which clocked in at 677 words.

Question: Are there certain things that you coach a punter on throughout the week regarding technique?

Belichick: “Yeah, absolutely. Yeah, definitely. Again, there?s a lot of different techniques depending on the type of punt that you want to hit, whether it?s for distance, for hang time, for both, directional, plus-50, to a single gunner, accounting for the wind and so forth. Those techniques change depending on the type of punt that you?re trying to hit. Sometimes your timing changes based on how much of a rush there is, or if you have to bring a gunner in and maybe you can?t block everybody, or you need to get the ball off before a player that?s not blocked gets to the punter — things like that.

“So there are a lot of different situations in punting and therefore there are a lot of techniques that go with those particular individual punts that have coaching points with them or corrections that go with them. Again, it?s sometimes easier. Sometimes, when you do it, you can know what you did wrong, know if you made a mistake right away. Sometimes, it?s easier when somebody else is watching you that?s not involved in the mechanics of the operation. They can observe it, and sometimes they see it a little bit better than you do. There?s a give and take on that, too.

“A lot of times when you?re coaching, those guys you see something. Sometimes, it?s a fine line. It?s hard to see it, but the player can feel it and he can tell you kind of, ‘This is what happened on this.’ Sometimes he knows how to fix it. Sometimes he might need some help from the coach to help him fix it or help him correct the mistake. Those are very fine-tuned skills.

“Again, it?s a lot like hitting a golf shot. The difference being, of course, there are guys running at you and you have to handle a snap and all. You can?t just put the ball on a tee and swing. But, the mechanics and the technique and all that, on a golf swing, it just doesn?t take much for a good shot to be a real bad shot, and punting and placekicking are a lot like that, too. A couple of inches one way or another, or the tilt of the ball or something like that — an inch or two on the step or an inch or two on the ball placement — those kinds of things can make a huge difference in the result. (You?re) trying to work for that level of consistency, and timing and execution that?s the same over and over again.

“That being said, it never really is the same, because each punt is different. Each snap is a little bit different. You start moving all of those situations into the equation and they look the same but there are subtle differences. They?re important differences, and good players are able to make those adjustments. Ryan?s done a good job of that.”

At this point, a reporter thanked Belichick for offering such a detailed breakdown, to which he responded:

“It?s great to be sitting here on Tuesday talking about all this punting. It’s great. You don?t get a chance to do that. Actually, you know, I really enjoyed (coaching punters). I enjoyed coaching (Dave) Jennings, (Sean) Landeta, (Tom) Tupa earlier in my career. Those guys were all right-footed punters, and they were all good and could really — they could do a lot of good things. We’ve had a lot of left-footed punters recently. You just kind of have to look at it a little bit differently, but still, the fundamentals are the same.

“I’ve been fortunate. I?ve had a lot of guys that have had good hands, could handle the ball and could place the ball pretty well at those positions throughout the years. It’s been a good thing. The kickers, really, you go back to (Matt) Stover — he was pretty good. Obviously, Adam (Vinatieri) and Steve (Gostkowski) here. I?ve been real fortunate to have good specialists, good guys at that position. Same thing with snappers — Lonie (Paxton) — Joe (Cardona)’s done a real good job for us. Lonie was great.

“It?s nice to put your head on a pillow and not have to worry too much about those positions.” 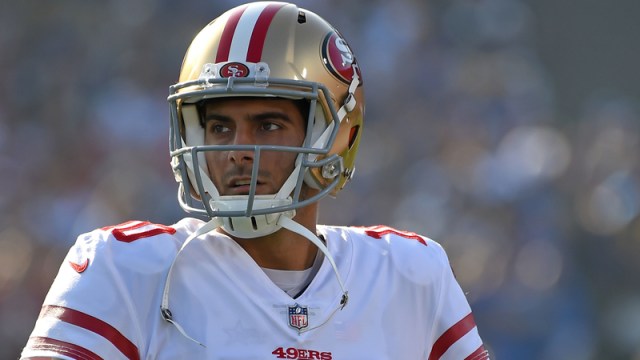 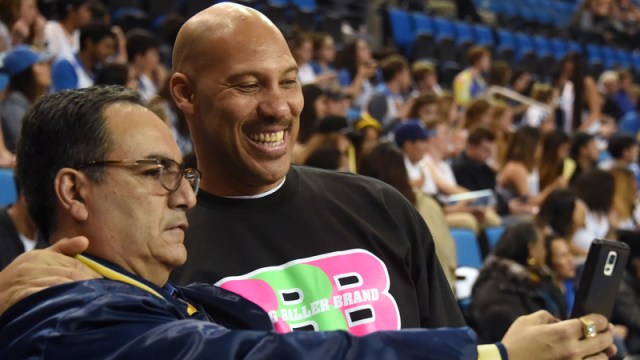 Did LaVar Ball Create The NBA? Google Seems To Think So In Hilarious Glitch