New England Patriots fans were freaking out and possibly losing sleep Thursday night after hearing of a “hit piece” being published by ESPN on the inner-workings of the relationship between quarterback Tom Brady, head coach Bill Belichick and owner Robert Kraft.

Reading the piece might calm some nerves. While there’s plenty of inside information and details on why Brady’s trainer, Alex Guerrero, had his access limited and why backup QB Jimmy Garoppolo was traded, there’s nothing overly salacious or controversial that hadn’t already been whispered around New England.

We won’t be discussing the piece further in this week’s mailbag, so let’s get right into it.

The timing with Garoppolo didn’t work out. And lots of fans and media think that plain stinks. It doesn’t really, though. When the Patriots drafted Garoppolo, they clearly thought Tom Brady would be done soon, and it’s kind of easy to see why. Brady was coming off a season in which, at 36 years old, he completed 60.5 percent of his passes for 4,343 yards with 25 touchdowns, 11 interceptions and an 87.3 passer rating. It was his worst season in 10 years, and it can be blamed on his subpar targets. Except the Patriots didn’t know that for sure at the time, so they drafted Garoppolo in the second round, expecting him to take over for Brady at some point during his four-year rookie contract.

So, what do the Patriots do now after trading Garoppolo to the San Francisco 49ers for less than he now appears to be worth? They start over. They draft another quarterback high in the 2018 NFL Draft and wait for Brady to regress to the point that the new guy is better than the old guy. And they hope the new guy is as good as Garoppolo. It should be relatively the same people scouting him, drafting him and grooming him, and he could be chosen even higher than Garoppolo.

There’s a large faction of Patriots fans who aren’t happy Garoppolo was traded. There would have been an even larger faction even more angry if the Patriots instead traded Brady. I think it was one or the other. I don’t believe it was feasible to keep both after this season while fielding a Super Bowl-caliber team.

If Pats activate Malcolm Mitchell will they cut Britt or will they cut Grissom due to his Practice squad eligibility?
— @TommyG64010544
There’s a theory floating around out there that the Patriots could place running back Mike Gillislee, he of a mysterious knee injury, on injured reserve to activate Malcolm Mitchell off of IR. It’s not the worst one if Rex Burkhead and Dion Lewis are healthy.

@DougKyed Can you update your projections as to which Patriots injured players will be back for the playoffs?
— @ewponkala
Gillislee is the only real question mark. He’s been out with a knee injury since Week 16, and it’s not even clear how he suffered the ailment.

Burkhead, White, defensive tackle Alan Branch and wide receivers Chris Hogan and Malcolm Mitchell all have been practicing. That’s a good sign for their playoff statuses.

@DougKyed After watching Harrison and seeing what he is capable of, how does the D change now?
— @billmeehanjr
I’m not sure how it changes, but he definitely makes them better.

He’s obviously not the same player he was in his prime, but he’s a better option as an edge setter and pass rusher than most other players in the Patriots’ front seven.

I think he’ll play a big role moving forward, and his biggest impact might be in the run game.

@DougKyed Divisional Round who would rather face? Or avoid altogether KC/TEN/BUF?
— @rankjas
I think the Tennessee Titans, Buffalo Bills and Kansas City Chiefs are all pretty good matchups for the Patriots. I think the Titans are the best matchup, then the Bills then the Chiefs. I think the Titans are terrible. The Bills are pretty bad, though, too. The Chiefs obviously beat the Patriots in Week 1, but both teams look much different 17 weeks later.

@DougKyed #maildoug Even if he is healthy, does Alan Branch see the field again?
— @MrQuindazzi
I think so. Ricky Jean Francois has been good as a replacement, but Branch brings an element in size the Patriots don’t currently have.

I think Jean Francois, if Branch is healthy, could be cut when Mitchell is ready to come off IR.

Patriots will most likely let go Malcolm Butler, how do you feel about them making a run and Talib again or maybe even Sherman? #MailDoug
— @Ghostfacewilly
I think either Aqib Talib or Richard Sherman would be great options, and it sounds like both could be available.

Sherman is the younger player, but he’s also coming off an Achilles injury. Talib has experience on the Patriots’ defense but also could be pricier, since he stayed healthy in 2017.

There’s less risk involved in signing Talib or Sherman to one- or two-year deals than locking Butler up longterm. Butler has been inconsistent this season.

Is it fair to say that the defense is in better shape to possibly replace Patricia with Flores than the offense is replacing McDaniels with O’Shea/Daboll?
— @DanielVConnolly
I’m not sure if that is fair to say. I think there’s a good reason the Patriots have had so much success offensively and defensively since Matt Patricia and Josh McDaniels have been the coordinators. They’re both very unique and good at their jobs.

I read your report regarding Brandin Cooks season. But one thing that I realized last game that he gains a lot of yards in pass interference. Almost every game he got one. Once you are a great stat reporter, do you know how many yards Cooks gained in pass interferece? #MailDoug
— @gcabreu87
The Patriots were the beneficiaries of defensive pass interference five times on targets to Brandin Cooks. The Patriots gained 141 yards on those plays. Cooks’ season looks a lot better if he has 70 catches for 1,223 yards, right?

If Matt Patricia gets a head coaching job, will he shave his beard? #maildoug
— @JeffWIIM
Probably not. I want to know if he’ll still wear the backwards hat, though.

Did you show up on time Doug? #maildoug
— @PatsSoxFanVA
Of course. It was also easy, because the storm started later than expected. It was not fun leaving the stadium, though. I almost got stuck in the parking lot like nine times.

@DougKyed I assume you were one of the reporters who walked through the snow (uphill both ways) to cover Thursdays practice. Thank you for your service.
— @DTFisher4
You’re welcome.

Sup? #MailDoug
— @erickperdigao
Oh, you know, just preparing for Patriots fans to melt down after ESPN’s latest bombshell on a Patriots controversy. 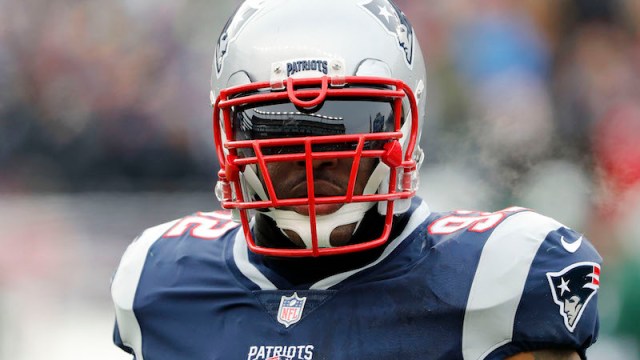 How Has Patriots’ Roster Changed Since Season-Opening Loss To Chiefs? 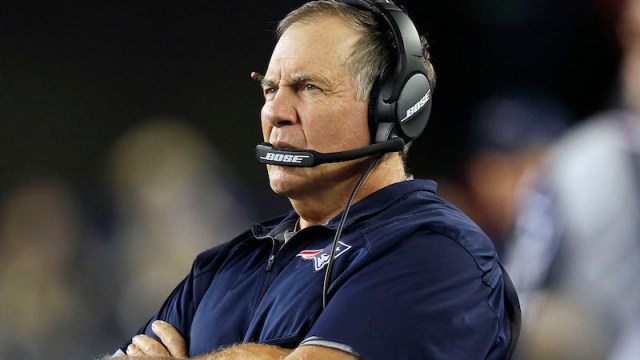