The New England Patriots’ status as the No. 1 seed in the AFC means they will receive some much-needed time off this weekend. It also means they currently do not know who their first playoff opponent will be.

With the Patriots and Pittsburgh Steelers receiving first-round byes, the No. 3 seed Jacksonville Jaguars, No. 4 seed Kansas City Chiefs, No. 5 seed Tennessee Titans and No. 6 seed Buffalo Bills will take the field this Saturday and Sunday in the AFC’s two wild-card matchups.

Buffalo will visit Jacksonville, and Kansas City will host Tennessee. The lowest-seeded winner will travel to New England for the divisional round, with the other winner going to Pittsburgh.

The Patriots won’t play the Jaguars, who as the third seed automatically would play the second-seeded Steelers with a win. That leaves the Chiefs, Titans and Bills. Which would be the most desirable opponent? Let’s take a look.

No. 4 seed Kansas City Chiefs (10-6)
Previous meetings: Patriots lose 42-27 in Week 1
This has been a bizarre season for the Chiefs, who handed the Patriots their worst loss in years in the regular-season opener. That kicked off a 5-0 start for Kansas City, which then proceeded to lose six of its next seven, with four of those losses coming to non-playoff teams. Andy Reid’s squad then righted the ship, winning four in a row to finish out the season and lock up a playoff spot.

Given that inconsistency, it’s difficult to project which Chiefs team would show up in a potential divisional-round visit to Foxboro. But it’s hard to imagine the Patriots having a similarly disastrous defensive performance.

New England allowed three plays of 50-plus yards in that Week 1 meeting, including touchdown passes of 75 yards to Tyreek Hill and 78 yards to Kareem Hunt. Kansas City utilized a creative offensive game plan (remember all those shovel passes to Travis Kelce?) and took advantage of catastrophic communication breakdowns in the Patriots’ secondary. Those since have been remedied, and the Patriots enter the playoffs with a very different defense than the one that was shredded during the first weeks of the regular season.

Some important personnel changes since Week 1: The Chiefs no longer have safety Eric Berry, who shut down Rob Gronkowski before tearing his Achilles, and the Patriots recently added former Pittsburgh Steelers linebacker James Harrison, who has dominated Kansas City left tackle Eric Fisher in recent years.

And the Chiefs’ playoff history is … not pretty. They’ve won just one postseason game since 1993 and are 0-5 in the divisional round during that span. Still, given the flaws of the other two teams on this list, Kansas City looks like the clear favorite to return to Gillette Stadium next weekend.

No. 5 seed Tennessee Titans (9-7)
Previous meetings: None
The Titans are back in the playoffs for the first time since 2008, but they might be the weakest team in the entire field. Tennessee had the NFL’s easiest regular-season schedule, playing just four games against playoff teams, including one in Week 17 against a Jaguars squad that had nothing to play for.

Marcus Mariota, the No. 2 overall pick in 2015, has yet to develop into a consistent franchise quarterback. In fact, he took a step back this season, finishing with career lows in touchdown passes (13), yards per completion (7.14) and passer rating (79.3) and a career high in interceptions (15).

Mariota is a talented runner (60 carries for 312 yards, including 10 for 60 last week against the Jags), but the Titans’ rushing attack as a whole ranked just 15th in the league in both yards per game and yards per attempt. They also might not have leading rusher DeMarco Murray, who missed Week 17 with a knee injury.

Tennessee also has a middle-of-the-pack defense (17th in points allowed; 13th in yards allowed) but does boast a strong pass rush (tied for fifth with 43 sacks). Safety Kevin Byard also finished tied for the league lead with eight interceptions.

Key stat: The Titans are one of just two playoff teams with a point differential in the negatives. They were minus-22 during the regular season; only the Bills (minus-57) were worse.

No. 6 seed Buffalo Bills (9-7)
Previous meetings: Patriots win 23-3 in Week 13 and 37-16 in Week 16
The Bills ending the longest playoff drought in North American pro sports — and in dramatic fashion, no less — is a great story. Patriots fans should be rooting hard for them to upset the upstart Jaguars this Sunday.

Why? Because the Patriots breezed past the Bills in their two matchups this season, allowing zero offensive touchdowns and winning both games by an average of 20.5 points. Buffalo was able to move the ball against its AFC East rival but was ineffective in the red zone, going 0-for-6 in trips inside the 20-yard line in those contests.

Making matters worse, the Bills’ best player, running back LeSean McCoy, isn’t 100 percent and might not play at all in the wild-card round after being carted off the field this past Sunday with an ankle injury. McCoy amassed 102 yards from scrimmage in Week 13 and 147 in the rematch.

So, sorry, Bills Mafia, but a third meeting with Buffalo would give New England its easiest path to the AFC Championship Game.

Key stat: The Bills have won at Gillette Stadium just twice during the Tom Brady/Bill Belichick era, and Brady played a total of two quarters in those games. 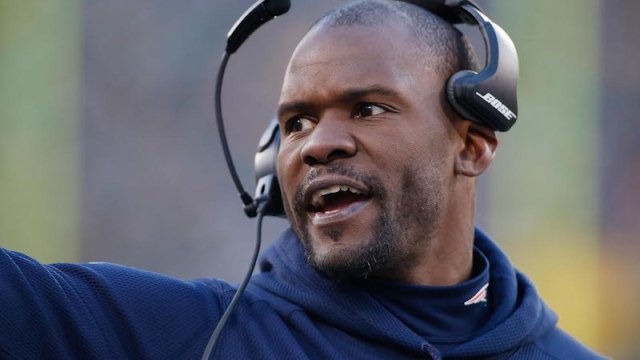 Who Could Fill Patriots’ Coordinator, Personnel Vacancies In 2018? 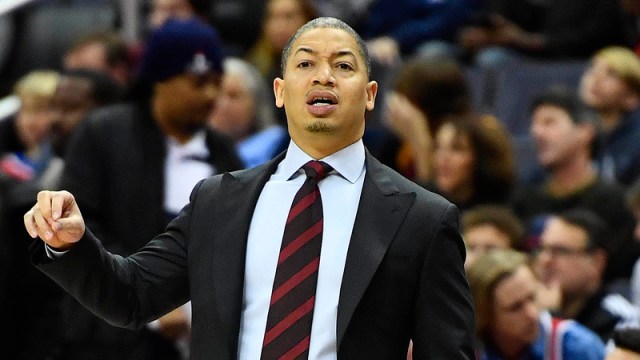