The Boston Red Sox manager praised the San Francisco Giants first baseman after he set a Major League Baseball record for the longest at-bat Sunday in his team’s win over the Los Angeles Angels. Belt flew out in the first inning on the 21st pitch he faced from Angels pitcher Jaime Barria, ending his at-bat after 12 minutes and 45 seconds.

Cora used Twitter hours later to express his appreciation for Belt’s steadfast refusal to give away an out.

Belt fouled off 16 pitches during the at-bat, including 10 in a row in one stretch. He later apologized to the other players for any frustration or boredom he caused them.

“When I’m in the field I hate it when a batter keeps fouling pitches off,” Belt sheepishly said, per MLB.com’s Doug Padilla. “I’m like ‘Dude, just put it in play. It’s not that hard. Let’s go.’ So I basically had to apologize to everybody after that.”

“I’ve never seen anything like it,” Bruce Bochy said, per Padilla. “That was really amazing what happened there, on both sides, Belt and the pitcher to keep throwing strikes too and end up winning (the battle). No question that played a part in his early exit because he had good stuff.”

While Bochy’s insight probably mirrors that of Cora, the Red Sox skipper managed to deliver his in just five words. 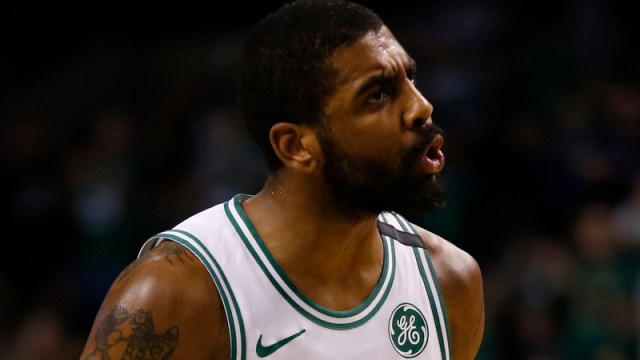 Will Kyrie Irving Take Up Walmart Yodeling Boy His On Duet Proposal?