It’s still April, so it’s wrong to assume the New England Patriots are done building their 90-man roster for training camp. But for the first time all offseason, the Patriots actually have filled out a 90-man roster.

So, let’s look at the Patriots’ roster after the 2018 NFL Draft and initial wave of undrafted free agent signings.

There have been eight reported UDFA signings, but the Patriots only had seven open spots on their roster after drafting nine players. We’ll list all eight UDFAs on our 90-man roster and mark them with a asterisk (*), since they’re all unconfirmed by the team.

— The Patriots still could bring in a fourth quarterback. NBC Sports Boston’s Tom E. Curran suggested the Patriots could sign Johnny Manziel if Patriots owner Robert Kraft signs off on it.

— Etling isn’t guaranteed a spot on the 53-man roster regardless of whether the Patriots sign another QB or not. Etling could ultimately land on the practice squad, depending on how he looks in OTAs, minicamp and training camp.

— The Patriots elected to carry five running backs last season. That number could be lower in 2017. Burkhead, Michel and White are locks. There could be just one spot remaining for Bolden, Gillislee, Hill and Webb.

— The Patriots’ offseason competition at wide receiver will be fierce. Only Edelman, Hogan and Slater are locks. The Patriots typically only carry six wide receivers. Even keeping seven would leave some talented players off the 53-man roster.

— Allen has a $5 million cap hit in 2018. If a younger, cheaper player proves they can replicate his 2017 production, then he still could be released. Niklas and Izzo are primarily blockers while Hollister and Tye are better known for their receiving prowess.

— Wynn is the projected starting left tackle, but Brown, Croston, Garcia, Jelks and Waddle also could compete for the role. There will be a ton of competition across the entire offensive line this summer. If Wynn doesn’t win the left tackle spot, he could replace Thuney as the team’s starting left guard.

— The Patriots didn’t draft an edge defender, but they added Clayborn in free agency, and Davis and Rivers missed all of last season with injuries. There’s upside and untapped potential in this group with Davis, Lee, Rivers and Wise.

— Brown, Guy and Shelton are locks for the 53-man roster. Expect Atkins, Butler, Herron and Valentine to battle it out for one or two remaining spots.

— Project Hightower and Van Noy as starters. There’s likely to be an open competition for the No. 3 linebacker role (which might not even be a starting position) between Bentley, Flowers, Langi and Sam. Langi also could be considered an edge defender. He played defensive end, outside linebacker and inside linebacker at BYU.

— Expect Gilmore, Dawson, Jonathan Jones, McCourty and Rowe to make the 53-man roster. Crossen, Jackson, Cyrus Jones, Lewis and Wiltz all are intriguing players who might be competing for one spot if the Patriots elect to carry six cornerbacks.

— New England didn’t draft a safety, so Richards’ chances of making the 53-man roster are still good (sorry Patriots fans). Jones, Moore and Travis could push for the No. 5 safety spot in training camp. The Patriots also could keep six cornerbacks and just four safeties.

— The Patriots reportedly are bringing in two punters for rookie minicamp on a tryout basis. 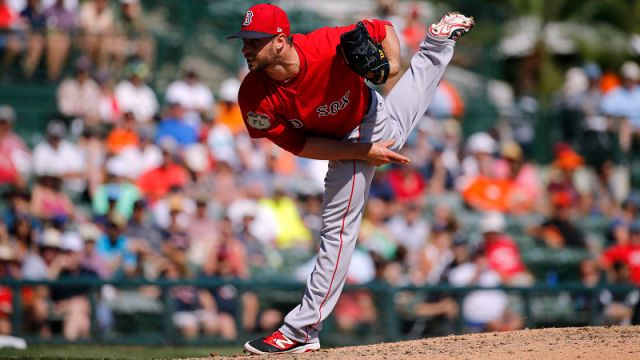 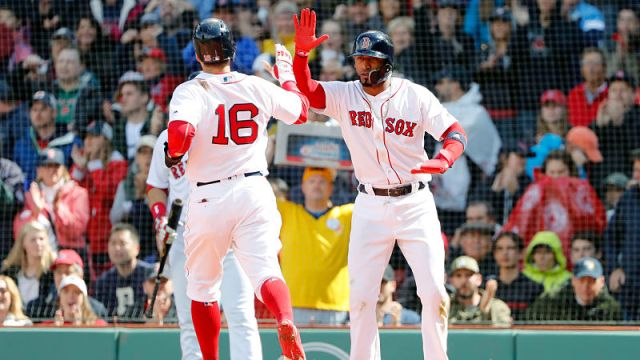