Another day, another twist to the New England Patriots’ bizarre offseason.

Quarterback Tom Brady and tight end Rob Gronkowski have been absent from voluntary organized team activities this week, which is a strange situation in and of itself. Then the Boston Herald’s Karen Guregian reported Tuesday that Brady and Gronk actually were in Patriot Place on Monday, just not on the practice field.

Per source, both Tom Brady and Rob Gronkowski went for their usual treatments at TB12 yesterday. They were expected to do the same today, Day 2 of OTAs at Gillette a short distance away

That report understandably raised a lot of eyebrows.

But then 98.5 The Sports Hub’s Scott Zolak came in and claimed that Guregian’s information was “100 percent inaccurate.”

Brady training at TB12 while OTAS going on 100% innacurate. Probably won't even be in US tomorrow

Finally, NBC Sports Boston’s Mike Giardi on Wednesday cited his own source in confirming Zolak’s report. Giardi, however, added another wrinkle to the story.

Source can confirm @scottzolak report that Tom Brady was not working out at TB12 during this recent spate of OTAs. Rob Gronkowski, on the other hand, has been. Malcolm Mitchell also.

So, to recap: Brady reportedly hasn’t been at the TB12 Sports Therapy Center this week, but Gronkowski and wide receiver Malcolm Mitchell reportedly have been. 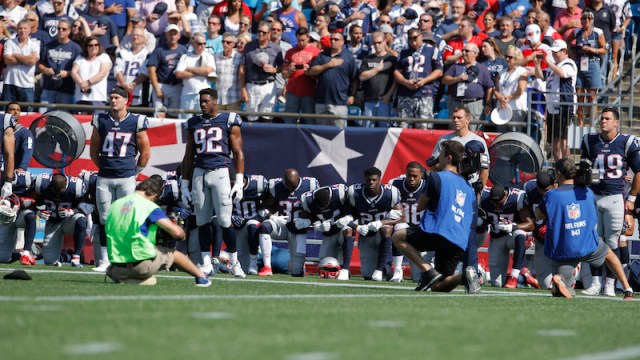 NFL’s New National Anthem Policy Is No Compromise, Despite Claims 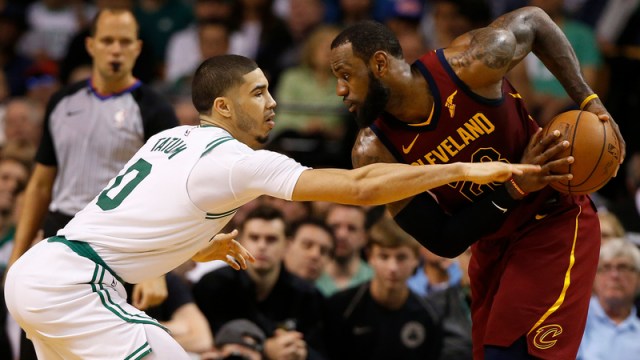