Patriots Mailbag: How Many Roster Spots Are Available After Removing Locks? - NESN.com Skip to content

Will they show up Monday for practice like nothing happened? Or will the media really be tracking passes from quarterbacks Brian Hoyer and Danny Etling to tight ends Dwayne Allen, Jacob Hollister, Troy Niklas, Ryan Izzo, Will Tye and Shane Wimann?

I know that Brady and Gronkowski are above reproach with many Patriots fans, but shouldn’t they just, you know, show up?

We know why Brady isn’t there. He wants to spend more time with his family. But why isn’t Gronkowski around? He’s already committed to playing for the Patriots in 2018. Would additional contract incentives for the 2018 season get him to show up?

And even with Brady, it’s certainly understandable that he wants more family time, but there are 16 total practices between now and training camp, and they’ll all take place while Brady’s kids are in school.

Maybe Brady and Gronkowski will be on the field Monday for OTAs, and all of the rumors and speculation will be for naught. But if they’re not? Will they be at Gillette Stadium for mandatory minicamp from June 5 to 7?

It’s unlikely any of this drama will affect the Patriots in 2018. Brady and Gronkowski will be on the field when it matters, and they’ll likely still dominate. But OTAs have been stressed as paramount since Bill Belichick was hired in 2000. It seems important for Brady and Gronkowski to be there.

How many open spots are there one the roster? Any ideas on how the empty spots will be filled?
— @JDoe3400
The Patriots are at their 90-man roster limit right now.

But I’ll handle this question a little differently and try to figure out how many spots are available on the 53-man roster after removing locks.

Here are my locks:

I want to include these three players:

But then Kony Ealy happened last offseason. The Patriots will almost certainly keep Brown, Shelton and McCourty, but they cut Ealy under similar circumstances last offseason.

Assuming Brown, Shelton and McCourty make the roster, then there are 17 spots available in training camp and two of them will be taken up by a backup quarterback and punter.

There will be some good players left off the Patriots’ 53-man roster.

Biggest hole pats need to fill before the season starts ?
— @Dommyfeds33
Either linebacker or safety. It seems unlikely the Patriots will add another linebacker after drafting Ja’Whaun Bentley and Christian Sam in the fifth and sixth rounds, respectively, but it’s possible.

The Patriots could improve their No. 4 safety spot over Jordan Richards. There are some solid players still out there like Kenny Vaccaro, Eric Reid and Tre Boston. Would the Patriots sign one right before training camp, ala David Harris last year? It would make some sense.

Of all rookies and signed FAs of the offseason, who do you think makes the most surprising impact?
— @KazerTazer
I’m not totally sure what constitutes a surprising impact. Trent Brown could wind up winning the starting left tackle spot. Hill could be the Patriots’ short-yardage back. Bentley or Sam could pass Roberts on the depth chart as a starter. Dawson could earn the team’s top slot cornerback role. Would those be surprises?

How about this one: Matthews could emerge as the Patriots’ No. 2 or 3 receiver this season. I think he’s a great fit for the offense, and he comes with a decent pedigree as a second-round pick with almost 3,000 career yards in four seasons.

Who wins the Preakness? And what’s the Patriots equivalent to the Celts beating LeBron? #MailDoug
— @brian22goodwin
Gronk The Horse, of course.

And it would have to be the Philadelphia Eagles beating the Patriots in Super Bowl LII, right? The Eagles were without quarterback Carson Wentz and left tackle Jason Peters. The Celtics are sans Gordon Hayward and Kyrie Irving.

I feel confident w/ the current depth the #Patriots have on the OLine. Before camp/preseason starts, What five players do you believe at this moment, give the team the best possible starting 5? For what it’s worth I’d go w/
LT- Brown
LG- Wynn
C-Andrews
RG- Mason
RT-Cannon
— @pats_chatter247
At this moment? You’d have to remove Brown and Wynn, because they’re both recovering from shoulder injuries. You’d also have to rule out Joe Thuney, because he’s in a walking boot.

It’s in the Patriots’ best interest for the starting five to be: LT Isaiah Wynn, LG Joe Thuney, C David Andrews, RG Shaq Mason and RT Marcus Cannon. That’s because Wynn will be a major bargain over the next five seasons if he proves to be a capable starting left tackle.

Is here any chance of the Pats taking Dez ? #MailDoug
— @ashjones88
Anything is possible with the Patriots. Wide receiver is not a major need right now, but it would be worth throwing him in the competition mix with everyone else if the price is low enough. It’s certainly surprising he’s still available. The Cowboys did him dirty by waiting until April 13 to release him.

What do you think the patriots record will be #MailDoug
— @Austinw7612
The Patriots finishing 12-4 is always a safe bet.

Hate to beat a dead horse but is this the year we finally move on from Jordan Richards? He?s pretty much ST only and when he?s on the field he makes the defense worse (JuJu 70 yarder, Cutler missed sack) Feel like another DB is more deserving (Lewis, Crossen maybe?)
— @401john
It probably should be, but I’d still be a little surprised because he’s currently competing with safeties David Jones and Damarius Travis — both practice squad players in 2017 — for a roster spot. Richards has proven he’s not fast enough to play safety, and he struggled as the Patriots attempted to move him to linebacker last season. I would prefer to keep six cornerbacks — and attempt to move one to safety — rather than roster Richards. If the Patriots sign a veteran safety, then it could mean the end for Richards.

If you were planning to attend a Pats game from Mexico in Foxborough , which one would you really really recommend. And: is height really an issue for LT #MailDoug
— @schimelmitz
You can’t go wrong with Green Bay Packers at Patriots on Nov. 4. Tom Brady vs. Aaron Rodgers only happens once every four years.

Does Marcus Smart make the NFL as a defensive back? pic.twitter.com/l4CtfJZm64

I believe NFL players are more athletic than the average NBA player, but Smart could probably cut the mustard. He definitely has some ball-hawking skills. 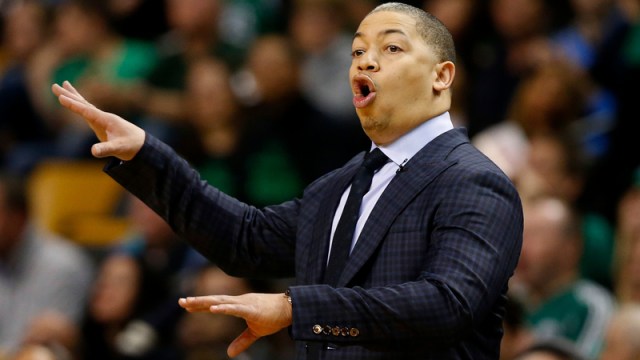 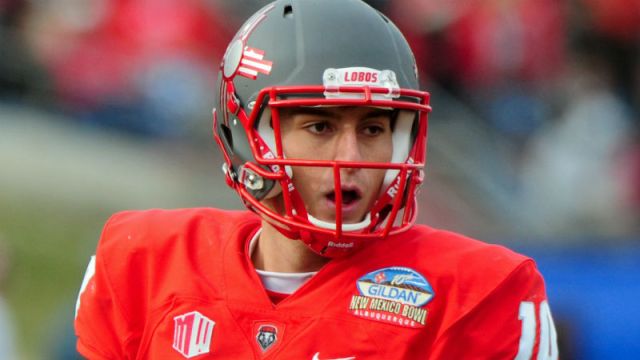