The phrase “defense wins championships” usually applies to football. But Boston Red Sox president of baseball operations Dave Dombrowski may have had that adage in mind Monday night when he swung a trade for Ian Kinsler.

The Red Sox bolstered their infield Monday by acquiring the veteran second baseman from the Los Angeles Angels in exchange for prospects Williams Jerez and Ty Buttrey.

The 36-year-old Kinsler has struggled offensively at times this season, coming to Boston with a .239 batting average, 13 home runs and 32 RBIs in 91 games played.  But what hasn’t dropped off is his defense. Kinsler’s 1.4 defensive WAR (Wins Above Replacement) ranks 14th in Major League Baseball across all positions, and his 9.3 defensive runs saved are the second-most among MLB second basemen behind only Kolten Wong of the St. Louis Cardinals, per FanGraphs.

That’s a significant upgrade from Eduardo Nunez, who owns a -1.1 defensive WAR and has just 0.2 defensive runs saved in 70 games at second base. Nunez and Brock Holt had been filling the shoes of the injured Dustin Pedroia at second base, but Kinsler represents a polished, everyday option at the position.

In essence, Kinsler is a direct replacement for Pedroia, whose status for the remainder of the year is unclear as he recovers from a knee injury.

“Basically, it’s what we had hoped early in the year that Dustin would be,” Dombrowski told reporters Monday night about adding Kinsler. “Dustin is in a situation — I’m just not sure this year if he’s coming back, and if he does, it’s going to be late, and you can’t really count on him once you get past July 31.”

Third baseman Rafael Devers also hit the 10-day disabled list Sunday with a hamstring strain, which may have prompted Boston to pursue more infield depth. With Kinsler getting regular starts at second base, the Red Sox can slot in Nunez at third base — where’s he a better defensive player at 1.4 defensive runs saved — and use Holt in his familiar “super utility” role.

Devers’ eventual return could cut into playing time for Nunez and Holt, but such excess depth is a good problem to have for a team with World Series aspirations.

Dombrowski had to part with two more prospects to bring in Kinsler, a veteran rental on the final year of his contract. But with the best record in baseball, the Red Sox are built to win now, and Kinsler is a significant upgrade at defense who also brings considerable postseason experience — .291 batting average in 37 career playoff games — to a team with October on the mind. 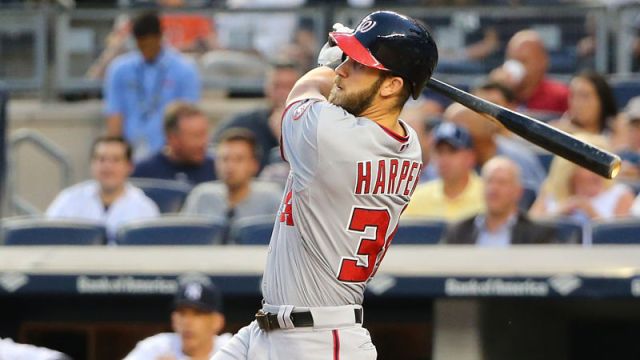 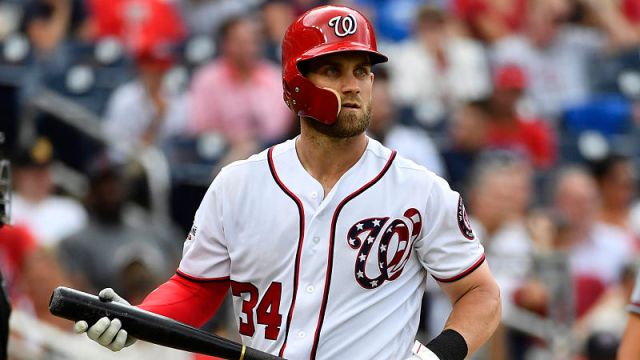 Bryce Harper Trade Rumors: What Will Nationals Do With Star Outfielder?