For the second straight night, the Boston Celtics didn’t make things very easy for themselves.

After a dogfight with the Toronto Raptors on Friday, the Celtics found themselves in a similar situation Saturday against the New York Knicks. But unlike the prior contest, Boston willed its way to victory, earning a 103-101 win at Madison Square Garden.

Jayson Tatum powered the Celtics with a team-high 24 points to go along with a career-high 14 rebounds, while Kyrie Irving and Marcus Morris provided 16 points apiece. Tim Hardaway Jr. (24 points) and Enes Kanter (17 points, 15 rebounds) shined for the Knicks, but it wasn’t enough to lift the home team to a win.

#NEBHInjuryReport: Brad Stevens says Gordon Hayward experienced some general soreness in his ankle, so the medical team decided he should rest tonight. Says it?s nothing the team is ?overly concerned about.?

OFF AND RUNNING
After relative slow starts in their previous two games, the Celtics turned in a much stronger early effort against the Knicks, taking a 31-18 lead into the second quarter. Boston was particularly sharp from distance, connecting on five of its seven 3-pointers, with Tatum and Horford each knocking down a pair. Tatum and Baynes paced the visitors with eight points apiece.

New York, on the other hand, couldn’t get into a rhythm in the first, shooting 22 percent from the field. Aside from Hardaway (seven points), no Knick logged more than three points in the opening 12 minutes.

KNICKS COME KNOCKIN’
New York came out firing in the second, ripping off a 10-0 run to start the quarter before Terry Rozier knocked down a bucket just under four minutes into the frame. The Celtics did a decent job weathering the storm, but the Knicks’ furious rally resulted in Boston’s lead being trimmed to 50-48 at the break.

It was New York’s bench that provided the bulk of the momentum. Allonzo Trier turned in nine second-quarter points, while Damyean Dotson provided eight. The C’s received a lift from their second unit as well to the tune of Rozier’s eight points in the quarter. Tatum led all scorers through two quarters, posting a first-half double-double with 12 points and 10 rebounds.

NO SEPARATION
Boston entered the second half one man down, as Baynes was ruled out of the game after sustaining a sore right hamstring in the second quarter.

It was a back-and-forth affair in the third, as neither team was able to obtain a sizable lead at any point in the quarter. The Celtics received another boost from their reserves, as Morris and Marcus Smart combined for 11 points in the frame. Guerschon Yabusele, who saw five minutes of action in the third, also logged his first points of the season. Tatum continued his strong game with six third-quarter points.

The Knicks did a fine job distributing the basketball, as seven players registered points, paced by Kanter’s six.

DOWN TO THE WIRE
The C’s gave themselves some breathing room down the stretch when Morris nailed a 3-pointer with 6:50 to go to give Boston an eight-point lead, but the Knicks would not give in. Shortly thereafter, New York put together a 10-1 run, culminating with a Hardaway game-tying trey to lock things up at 89-89 with 4:14 left.

But Boston didn’t budge. The Green’s stars took over when it mattered most, as the trio of Tatum, Irving and Horford combined for 14 points in the final four minutes. The Knicks had a chance to tie the game when Trey Burke was fouled on a 3-point attempt with New York down three with 2 seconds remaining, but the young guard clanked two of three attempts.

UP NEXT
The Celtics return home for a Monday night matchup with the Orlando Magic. Tip-off from TD Garden is set for 7:30 p.m. ET. 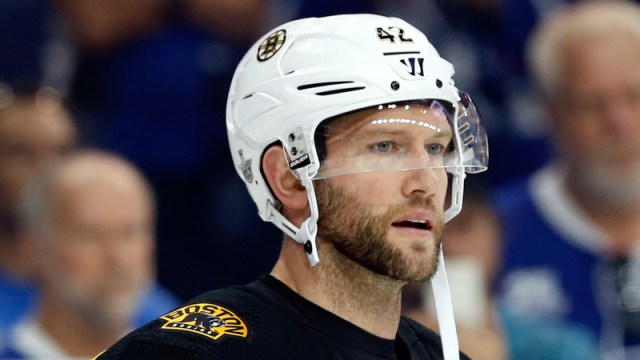 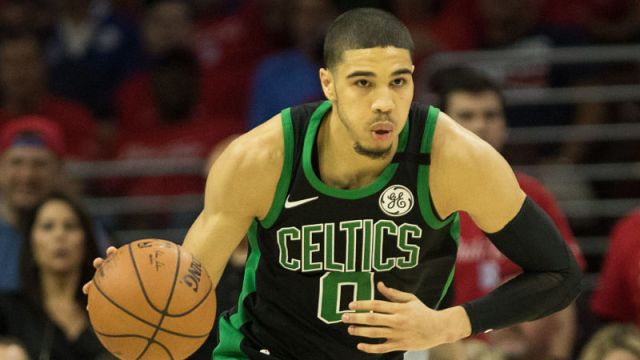