The Boston Celtics found themselves in a nail-biter Saturday night, and they turned to their rising star to help drive them to a win.

Jayson Tatum, who finished with a team-high 24 points, was spectacular down the stretch against the New York Knicks, helping lead the Celtics to a hard-fought 103-101 victory at Madison Square Garden. While Kyrie Irving also impressed in crunch time, it was the 20-year-old Tatum who went to work in the final minute.

Tatum’s thunderous slam with 59 seconds remaining elevated Boston to a 99-95 lead, but Lance Thomas’ ensuing 3-pointer trimmed the Knicks’ deficit to one and got the home fans on their feet. Tatum quickly took back the momentum, though, knocking down a clutch turnaround jumper in the style of a seasoned veteran.

This kid is unreal. pic.twitter.com/RRrkmELJaa

Tatum was nails again with 7.9 seconds to go when he calmly sunk a pair of free throws to swell Boston’s advantage to 103-100. The Duke product did commit a foolish foul beyond the arc on Trey Burke with 1.9 seconds on the regulation clock, but the Knicks guard failed to capitalize on the opportunity, sealing Boston’s win.

The Celtics have an embarrassment of riches when it comes to players who can create their own shot, but Tatum’s ability to do so at such a young age is remarkable, to say the least. As such, don’t be surprised if the second-year star is Boston’s go-to man in crunch time as the season progresses.

Here are some other notes from Saturday’s Celtics-Knicks game:

— Aron Baynes sustained a sore hamstring in the second quarter and was ruled out upon the start of the second half. While Brad Stevens didn’t have an update on the big man after the game, the head coach is a bit uneasy about Baynes’ ailment.

Brad Stevens on Aron Baynes? injury: ?I don?t have any update. Hamstrings are scary to me.?

— Marcus Morris, who is no stranger to technical fouls, logged his first of the season in the third quarter. The veteran forward apparently set a goal for himself pertaining to technicals prior to the campaign, but it’s safe to say he fell well short.

.@MookMorris2 says he wasn't trying to get techs this early in the season ? pic.twitter.com/iTq0jWWg3O

— Gordon Hayward was inactive Saturday, which wasn’t originally in Boston’s plans. Still, Stevens is not worried about the star’s ankle.

#NEBHInjuryReport: Brad Stevens says Gordon Hayward experienced some general soreness in his ankle, so the medical team decided he should rest tonight. Says it?s nothing the team is ?overly concerned about.?

— Jaylen Brown saw an uncharacteristically low amount of action Friday against the Toronto Raptors with 24 minutes played. The third-year swingman led all players in minutes Saturday with 38.

— Tatum recorded his first double-double of the season with a career-high 14 rebounds to go along with his 24 points. The young forward is off to a strong start to the season on the glass, as he logged nine rebounds in each of Boston’s first two games. 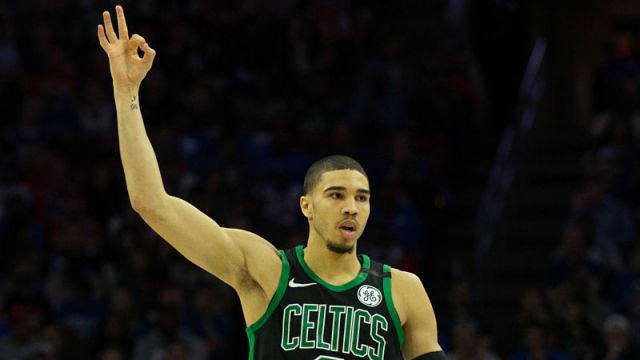 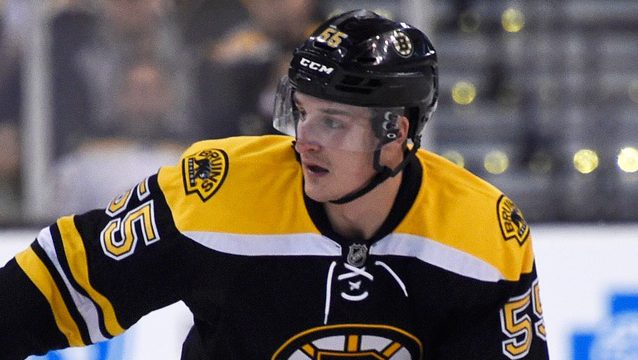