No offense to any of my NESN colleagues or any of the great writers and columnists in Boston, but Van Noy said he still believed in Boston Red Sox pitcher David Price back on Oct. 8. That was after Price was yanked from his first 2018 postseason start after allowing three earned runs off two home runs in just 1 2/3 innings.

Since that time, Price has pitched 16 2/3 innings and allowed just six earned runs with 18 strikeouts. He’s 2-0 so far in the ALCS and World Series.

Van Noy might have a second career as an MLB prognosticator after this whole football thing is done.

If we trade for one position before the deadline – what should it be? #MailDoug
— @jessgabe8
If all things are equal, the Patriots’ biggest current need prior to the Oct. 30 NFL trade deadline is probably a pass rusher.

The Patriots are set with their starters in Van Noy and Trey Flowers, but they could use more help on third down. Their current pieces are actually getting after the quarterback, but they’re having trouble finishing plays.

The Patriots rank 11th in Pro Football Focus’ pressure percentage — which could obviously be improved — but just 18th in pass rush productivity, which takes into account quality of pressure. They’re dead last in sacks percentage and 31st in sacks per game.

Sacks aren’t everything. Pressures are valuable, and they’re tied to the number of interceptions the Patriots have this season. New England ranks sixth in interceptions per game and takeaways per game.

But sacks also help get off the field on third down and create difficult situations for the opposing offense on first and second down.

Edge defenders are easier to find, but the Patriots could use some help getting interior pressure; defensive tackle Adam Butler has struggled to get after the QB.

The Patriots could get a boost when John Simon returns from injury, and Derek Rivers could be a player on the rise. But Simon hasn’t played for two weeks, and Rivers is unproven.

The Patriots’ other biggest need would be a sub linebacker who has the speed to cover the middle of the field. It wouldn’t hurt to take Elandon Roberts off the field on obvious passing downs. It also might be worth rotating Van Noy and Dont’a Hightower on third down.

Their third-biggest need is at running back. Cornerback and safety are lesser needs.

#MailDoug Elite corner , with a high price tag, athletic LB, at a cheaper price,what are you adding to the Patriots D?
— @KenMcCartney
If those are my two options, then I’m going with the elite cornerback. An elite cornerback would do more to help the Patriots’ defense than a middling player at another position.

That’s why I was so on board with the idea of the Patriots trading for Patrick Peterson before he recommitted to the Cardinals.

So, three interceptions came on drops of varying degrees, and three came while Brady was under pressure. Two interceptions were completely Brady’s fault.

So do you see K. Barner holding his own while he have this opportunity?
— @swagg_z0mbie
I certainly think the Patriots can beat the Buffalo Bills with just White and Kenjon Barner at running back. Barner had a career-high with 10 carries Sunday against the Bears. I could see him setting a new career-high Monday night against the Bills.

I still think it would be smart for the Patriots to sign Kenneth Farrow off their practice squad while Sony Michel is out with a knee injury, though. The issue is creating the roster spot to make that move. The Patriots, however, will need to open a roster spot soon anyway when rookie cornerback Duke Dawson comes off injured reserve.

It?s almost the halfway point of the season, is James White the MVP of this team so far? I say yes, …discuss
— @TimIapetus07
Yeah, I’d say so.

It would probably either be White, cornerback Stephon Gilmore or Brady.

White leads the team in receptions, targets, yards from scrimmage and receiving/rushing touchdowns. He’s second in carries. We’ll give it to him if only because of Brady’s turnovers, even if most of them aren’t the QB’s fault.

Hi Doug, I am a pats fan from India. I have been following Pats for 10 years. I feel this is the weakest team I have seen. Somehow have the feeling that we don’t have enough to overcome Ravens, chiefs or Chargers. Thoughts on this would be appreciated
— @karthik7815
Well, the Patriots already overcame the Kansas City Chiefs.

I don’t agree that it’s the weakest team in 10 years. I would probably say the teams from 2009 to 2013 were all weaker than this year’s team. The Patriots’ offense. for one, is loaded, and their defense has better, more talented pieces than they did in those years.

Do reporters really enjoy BB press conferences? Which do you prefer crusty Bill or chatty Bill?
— @rankjas
I can’t speak for everyone, but I do, and many of the reporters I’m close with enjoy them, as well.

You never know what you’re going to get out of Belichick, and it’s usually either interesting or humorous.

I prefer a chatty Belichick, but a crusty Bill can definitely make me laugh.

Bill Belichick said it last week. McCourty’s still one of the Patriots’ best players. I know fans will harp on Weeks 5 and 6, when McCourty let up four touchdowns in two games, but what did he do poorly last week? I’ll answer that: nothing.

Patriots fans want their players to be perfect at all times. McCourty had two bad games and fans declared him old and slow.

Who caught Chiefs kick returner Tremon Smith 96 yards down the field in Week 6? McCourty. He didn’t look old or slow on that play.

Here my question! How come you don?t answer the questions?
— @BC101089
You just have to know where to look! Like, in this mailbag.

(I believe this fella thinks I answer the questions on Twitter.)

Can you have an AL and an NL team? Asking for a friend. #MailDoug
— @StephenPorier
Yeah, I have no problem with “sports bigamy.” I like the Red Sox and Seattle Mariners. I also like Jif and Skippy peanut butter. I like Reese’s Pieces and peanut butter M&Ms too.

Assuming you like rock, what?s your favourite band #MailDoug
— @patsenforced12
My favorite band of all time is The Beach Boys.

Some current bands I like: The Menzingers, Spanish Love Songs, The Wonder Years and Power Trip.

Is Rex coming back this year?
— @NolaBait
He should.

Whar determines the away game dress code for the players, formal vs casual?
— @Fineparker89
I didn’t know, so I asked a player Thursday in the locker room. To no one’s surprise, Bill Belichick decides.

This kind of answers my mail Doug questions. I know he?s a big ticket player, but why not ask the giants about Vernon? Or ogletree?
— @ChefdDds89
Olivier Vernon is too expensive for the Patriots to acquire, even with their freed-up cap room.

Alec Ogletree just signed with the Giants this offseason, so it seems doubtful New York already would be willing to move him.

I’ve never watched “Mad Men,” but I love that quote.

Since Chris Hogans on a contract year with a decent salary do you think the Pat’s would use him in a trade to get a defensive player knowing they have Dorsett as a backup WR? #MailDoug
— @Whyknow_413
I wouldn’t trade Hogan or Dorsett after what the Patriots went through at wide receiver earlier this season. Anything could still happen to Josh Gordon or Julian Edelman, and it’s not worth the risk.

@dougkyed will the pats use rowe against TEs? #maildoug
— @yirt
Eric Rowe suffered a setback to his groin, so he probably won’t be doing anything for a while.

I don’t hate the idea, though.

Did you get your blinds fixed yet ? #MailDoug
— @brimecombe25
Not a chance. I have to be honest. I really don’t care what my blinds look like.

Trying to write this lede but my computer is so far away can I even reach it at this point?

Also shut up about the hole in my blinds pic.twitter.com/IDSy2s0IMc

Can you explain the bug/bud food grading system
— @MereGorman
Yes.

So, it goes from bugs (bad) to buds (good). It’s infinite. So something can receive three bugs, 12 buds, a million bugs, 2 trillion buds. It’s all allowed. It’s all just up to the discretion of who’s rating the product.

It’s a TERRIBLE system, but that’s kind of the point.

I did my first-ever locker room Doug’s Buds on Thursday with Patriots offensive lineman Ted Karras.

Hi Doug. Feel free to use this tweet to answer any question you wanted but no one asked. #MailDoug
— @r_lopes12
Am I excited to eat wings in Buffalo? Of course, I am.

Do I think Mookie Betts should play second base in Los Angles? Yes.

Did I like “Halloween?” I’ll give it two buds.

What did I have for dinner tonight? Popcorn with butter.

What do you know about Brazil?
— @ofibroso
I know Portuguese, not Spanish, is the official language. I also know Brazil is good at soccer and that Gisele Bundchen is from there.

Is Rob Gronkowski a better tight end than Tom Brady is a quarterback?
— @PatriotGator
Not a chance.

Watch this week’s mailbag video below. 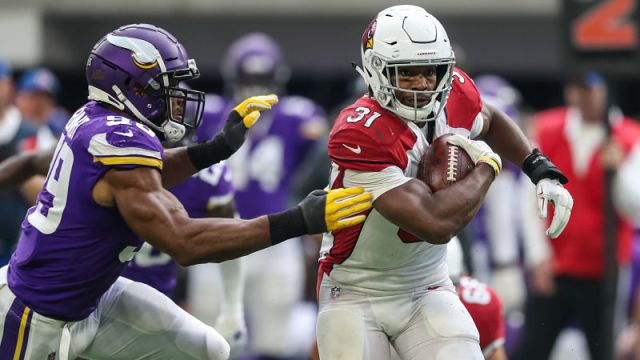 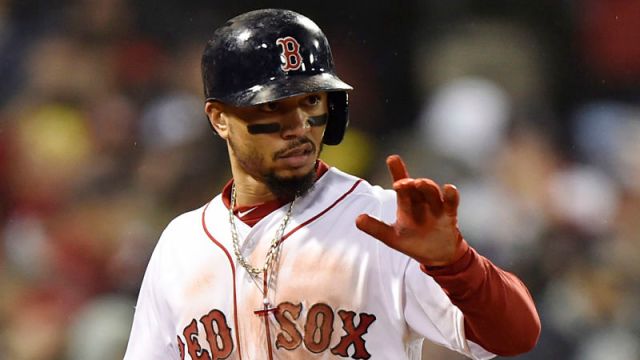