Thursday had the look of the Boston Celtics’ worst nightmare.

After dropping the first two games of their five-game road trip, Boston entered the game against the Phoenix Suns at 6-4 overall with rumblings about chemistry and playing-time gripes beginning to swirl around the club.

The Celtics came out lethargic at Talking Stick Resort Arena, falling into a 22-point hole against the lowly 2-8 Suns. The C’s appeared destined to face the mounting questions about what’s gone wrong with the preseason Eastern Conference favorites.

But Kyrie Irving had other ideas.

With Boston trailing by 12 with three minutes to play, Boston’s star put on his cape and rescued the scuffling Celtics. Irving poured in 10 points in the final three minutes and found Marcus Morris for the game-tying 3-pointer with 0.3 seconds remaining to send the game into overtime.

Irving and Suns star Devin Booker dueled for the opening minutes of OT, with the C’s guard scoring the first six points of the period and assisting on an Al Horford 3-pointer that gave Boston a lead it wouldn’t relinquish. Irving scored 16 of his game-high 39 points in the fourth quarter and overtime, turning a disastrous defeat into a 116-109 win and a moment that could put the Celtics on the path to discovering the dominant level of play they are capable of.

While Boston is full of talent across the board, Irving clearly is on a level all by himself, and he showed why he’s one of the premier talents in the league during his late-game barrage.

“That’s definitely kill time, you know,” Irving told NBC Sports Boston’s Abby Chin after the game. “Just want to come out aggressive, make sure I make the right plays on both ends of the floor, just play to my strengths as well as trust my teammates. That’s the most important thing that we’re starting to figure out is just it’s not about who scores, it’s about the trust. Making that extra pass, making a play and having confidence, that’s really what it comes down to.”

The Celtics scored 13 points on 18.2 percent shooting in a disastrous first quarter, but Irving believes that’s part of ongoing growing pains as the group discovers how to play together.

“It happens, you know? These road trips, you want to come out and play well. Obviously, us forming this team and our camaraderie, our cohesiveness, every adjective you want to throw in there to describe, what we’re going through right now is figuring out as a team and we just got to be resilient and have the heart and I think we showed that desire tonight to win. We wanted it, came out with a dub.”

Questions around the Celtics’ consistency and potential will continue if they jell slowly, but Boston played pristine basketball down the stretch and it all stemmed from Irving’s onslaught.

Here are more notes from Celtics-Suns:

— Head coach Brad Stevens was happy his team got the win, but he knows his team is nowhere near where it needs to be.

“I told (Suns coach Igor Kokoskov) we didn’t deserve to win the game,” Stevens said, as seen on NBC Sports Boston. “It was a great individual performance by Kyrie certainly, and Morris hit another huge shot for us but we have a long way to go.”

— With the Celtics down 20 at halftime, Stevens elected to change up his lineup, going with Marcus Smart instead of Jayson Tatum. Why? Effort. 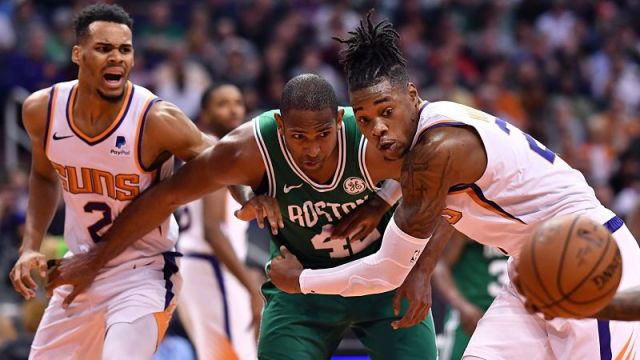 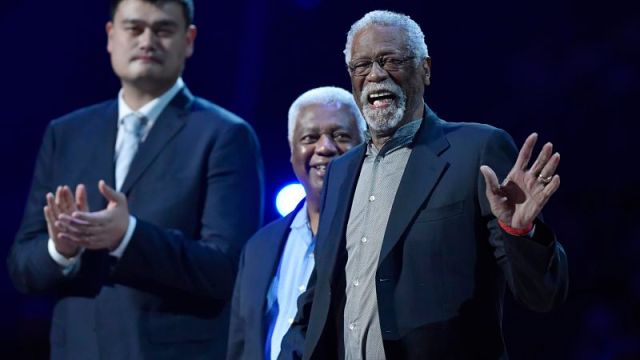