Kyrie Irving raised some eyebrows Sunday night when he suggested the Celtics needed a “14- or 15-year veteran” after Boston lost to the Portland Trail Blazers to close a 1-4 road trip.

With veterans Al Horford, Gordon Hayward, Marcus Morris and Irving on the roster, it was a curious comment for the star point guard to make, with some believing he was sending president of basketball operations Danny Ainge a message.

Irving clarified his comments Wednesday after the C’s dusted the Chicago Bulls at TD Garden, saying he could see the benefit of bringing in a guy who has been through multiple title runs and knows how to handle the ups and downs of a season.

Ainge was asked if he thought Irving was trying to tell him something Thursday on his weekly radio appearance on  98.5 The Sports Hub’s “Toucher and Rich”, but he also was confused by the statement.

“Listen, I talk to Kyrie all the time,” Ainge said. “Kyrie can tell me whatever he wants to tell me anytime privately or publicly, I guess. But I don’t think he’s trying to send any message when he can just walk right up to my office and send me any message he wants. But I think that at that moment he was probably — I’m not even sure what he meant by that, I haven’t even talked to him about that. I don’t know if he meant a 15-year player, or a 15-year guy in the locker room or what it was.

“We have good leadership. Kyrie’s been a great leader this year, also. I think sometimes those guys can be disruptive in the locker room, sometimes they can help but it can’t just be any 15-year player. But I hear what he said, and I’ll talk to him about it.”

After being told of Irving’s clarification, Ainge noted the Celtics know what it takes based on their Eastern Conference finals run last season and that their early struggles mainly boil down to effort.

“Listen, we have a great group of guys that are very mature for their age,” Ainge said. “I think you go through ups and downs no matter what your age is. We saw our young group of guys make it to the conference finals Game 7 last year. They know what they have to go through. If there comes a time when I feel like we need that, I think that that’s the least of our issues right now.

Boston played harder in the win over the Bulls, but the Celtics will need to be more focused Friday when they face Kawhi Leonard and the first-place Toronto Raptors. 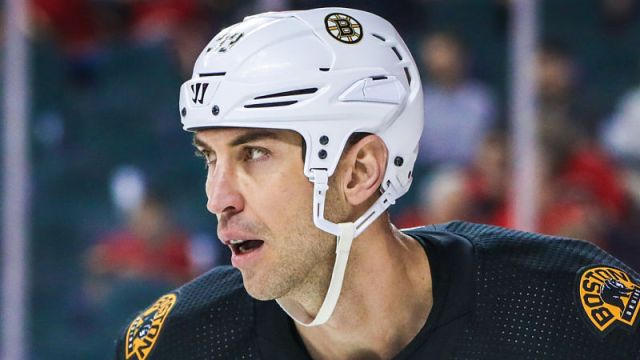 Zdeno Chara Injury: Bruins Captain To Be Re-Evaluated Back In Boston