Celtics' Terry Rozier Opens Up About What He Deserves In Free Agency - NESN.com Skip to content

Terry Rozier made the most of his opportunity as a starter during the Boston Celtics’ playoff run last year, helping lead them to Game 7 of the Eastern Conference Finals against the Cleveland Cavaliers.

He knew he wouldn’t be a starter once the 2018-19 season began, however, due to Kyrie Irving’s return from a knee injury. Rozier acknowledged Irving was Boston’s starter and would go back to the bench role.

The fourth-year guard will be a restricted free agent come the offseason, though, and detailed what he’d be looking for in a contract, saying he doesn’t see himself as a sixth man, even if there’s “nothing wrong” with being one.

Rozier added he wanted to get everything he deserved in free agency. And while some Celtics fans believed he was unhappy in Boston, he opened up about what he meant by the comment in an interview with The Athletic’s Jay King.

“I just want to play. Play and have fun. Put a smile on my face,” he told King. “Terry?s at his best when he?s smiling. Everybody knows that. I like to smile, have fun, stuff like that. I?m always going to play for the name on the front, not the name on the back.”

Boston is in the midst of a three-game winning streak and looks to make it four when it welcomes the Knicks to TD Garden on Thursday night. And while there’s no telling what will happen in the offseason, if the Celtics can keep winning, maybe Rozier will want to stay put. 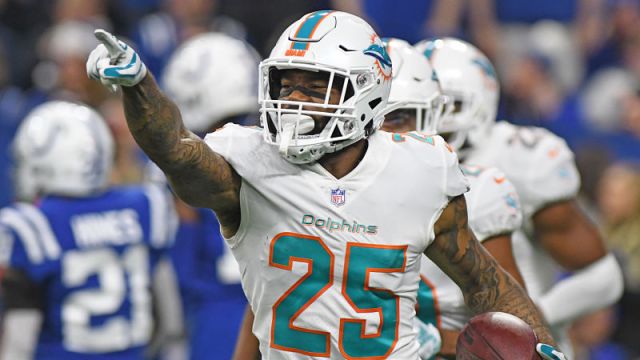