If you’ve been fooled into believing that Twitter user @_28CD is the real Corey Dillon, don’t worry: You’re not alone.

Previously known as @Corey28Dillon, the impostor has been tricking NFL fans and players alike for a while. But things took a weird turn Saturday night when the real Dillon got whiff of his digital doppelganger.

?Boy, I?ll come see you,? the former New England Patriots running back said in a rather entertaining video. ?So when I figure it out, I?ma come see you. So I hope you shut it down, bro. For real.?

In response, the impostor changed his handle to @_28CD and subsequently got verified (with the blue check mark) by Twitter. After that, the unidentified individual took their trolling to new heights, and even fooled the likes of Martellus Bennett and James White.

Finally got this fancy blue ??!!

Hey there dude. Just out here trying to make the world a more colorful place. Coloring outside of the lines. The yoouj. How you? https://t.co/HS3t0EZ7ib

?Making my old number with the Pats look good,? the fraud tweeted, to which White replied, ?I appreciate that and I got you!?

We have no idea who this person was, but they’ll be missed. 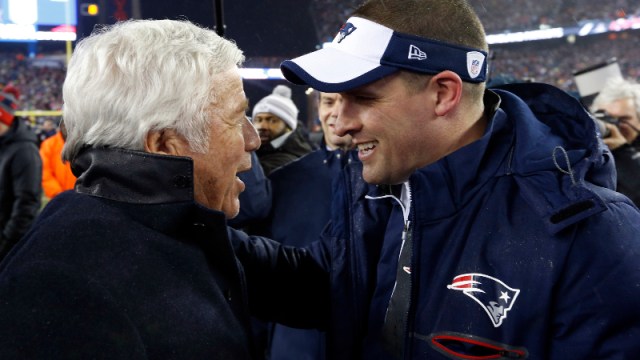