BOSTON — It’s a tradition as old as time: Boston Celtics fans giving a rowdy ovation to a player they’d like to see in green.

Whenever a player that has been linked to Boston appears at TD Garden as a visitor, it’s not uncommon for Celtics fans to give them a particularly loud response during player introductions.

It worked for Gordon Hayward (much to Jae Crowder’s chagrin), and fans in attendance Monday night figured they’d try their hand at Anthony Davis. Prior to the C’s 113-100 win over the New Orleans Pelicans Monday night, fans at The Garden gave Davis a decent ovation.

Davis has been linked to the Celtics for some time now as a trade target, but getting him this season would mean parting ways with Kyrie Irving because of the Rose Rule. Seeing as that’s quite unlikely since Irving has given a verbal commitment to stay in Boston, it probably won’t be any time soon, if ever, the star big man plays for Boston.

But credit to Celtics fans, they tried their damnedest, and Davis heard it.

After the game, the 25-year-old acknowledged the ovation, but quickly redirected.

“I heard it tonight, but I?m just focused on this team,” Davis said. “I?m trying to do whatever I can to help this team get wins with the roster we have. It?s been a rocky season so it?s on me to try to figure it out. I know the team follows me. I?m the leader and I?ve got to be the one to make sure that we?re ready to play every night, so for me I just go out there and play with this team and go out there and try to have fun and get wins. That?s all I?m worried about is getting wins for this team and hopefully we can get further than we did last year.?

This was the Pelicans’ lone trip to Boston this season, so Celtics fans will have to try again at some point next campaign. 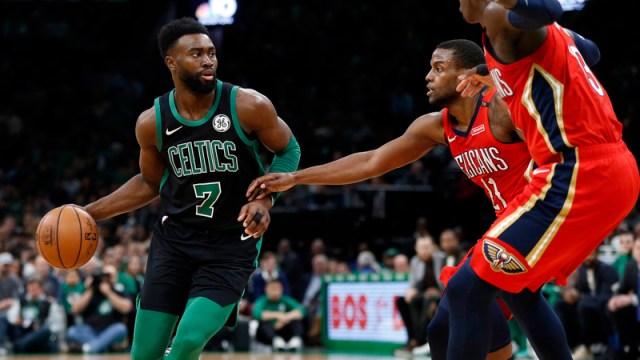 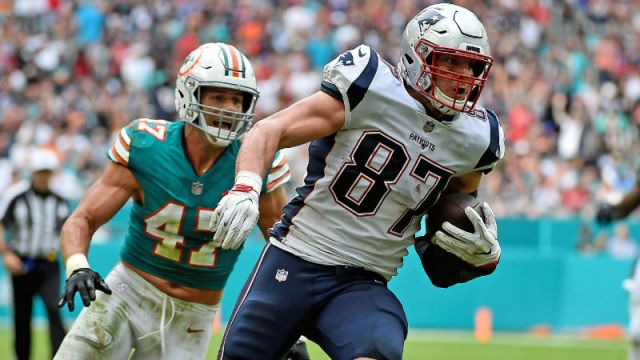 Patriots Film Review: Vintage Gronk Made His Comeback In Loss To Dolphins