You may have heard the cupboard is relatively bare when it comes to the Boston Red Sox farm system, but it’s not completely devoid of talent.

The 23-year-old got the scoring started in the second inning when he blasted a solo home run to deep center field.

Obviously, a home run in the first game of spring training against a college team doesn’t mean much in the long run, but it did serve as an impressive reminder of the power Dalbec possesses. While the Boston farm system has been relatively picked over by trades to benefit the big club, Dalbec is leaving no doubt he’s the top power hitter in the system.

Dalbec had a fine 2018 season in which he hit 32 home runs and drove in 109 runs while posting a .919 OPS in time with High-A Salem and Double-A Portland. The 2016 fourth-round pick out of Arizona has flexed his muscle at each professional stop, averaging a home run every 17 at-bats.

Fangraphs ranks Dalbec as the club’s No. 7 prospect, giving him a 70 out of 80 for the power tool on the scouting scale.

“But Dalbec is also more athletic than most of those low-contact, corner sluggers, and looked great at third base during the Fall League,” his scouting report reads. “Realistically, Dalbec?s issues limit him to a bench or platoon role, which is largely enabled by his ability to play third base well. But because there?s superlative power here, the ceiling is sky high if things suddenly click with the bat.”

The Fangraphs scouting report dings Dalbec for his tendency to strike out a lot — 176 punchouts in just 129 games last season — while he also has trouble with breaking balls. But Dalbec has been getting face time with big league hitting coach Tim Hyers so far in camp, and having a chance to pick the brain of a slugger like J.D. Martinez should help, too.

From SoxProspects.com: “If he can make enough contact against advanced pitching, has the potential to become an everyday regular at third base with good defense who hits 30-40 home runs in his best seasons. But if not, he could struggle to make enough contact to be more than an up-and-down player.”

At the very least, Dalbec is a name to keep in mind as spring training progresses. 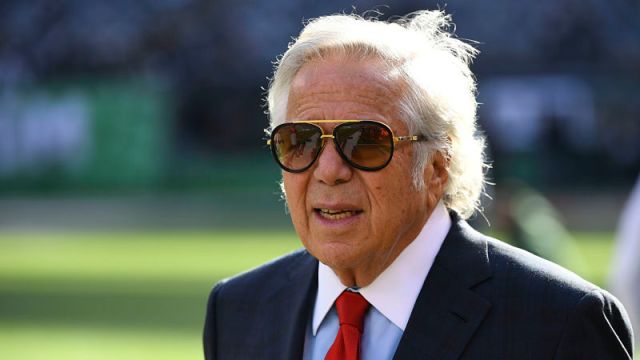 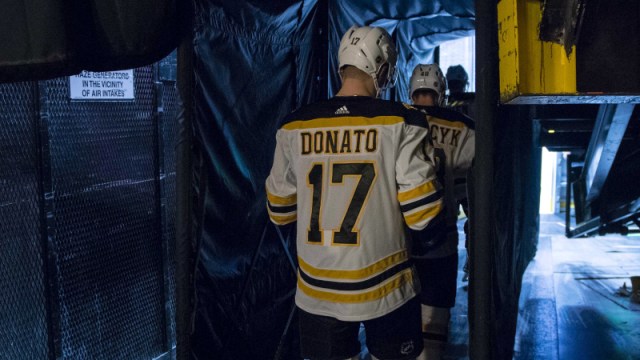 Did Ryan Donato Throw Shade At Bruins After Post-Trade Debut With Wild?