ATLANTA — Sometimes your life turns into a video game when you play for the New England Patriots.

In “Madden NFL,” you can just toggle a player to a different position and hope his attributes translate well enough that he maintains a high overall rating if you lack depth.

That’s pretty much what Bill Belichick did to Troy Brown in 2004, Matthew Slater and Julian Edelman in 2011 and Cordarrelle Patterson in 2018.

The Patriots turned Brown, an aging slot receiver, into a recharged slot cornerback after a rash of injuries at the position during the Patriots’ Super Bowl XXXIX run.

In 2011, the Patroits’ injury luck reached comical levels when defensive back after defensive back either got hurt or was simply ineffective. So, the Patriots made Slater, a fourth-year special teams player, into a safety. And with Wes Welker blocking him on the receiver depth chart, Edelman transformed into Troy Brown 2.0 as a slot corner.

And midway through the 2018 season, with Jeremy Hill and Rex Burkhead on injured reserve and rookie running back Sony Michel dealing with a bum knee, the Patriots were left with third-down back James White, fullback James Develin and journeyman Kenjon Barner. So they took Patterson, a wide receiver, and put him in the backfield on a full-time basis.

Perhaps what’s most amazing about Belichick hitting the joystick on his controller and moving a player to a different position is that the experiment always seemingly works. Or perhaps those are just the ones we actually see come to fruition.

“A lot of times, players are open-minded, and they’re willing to try different things,” director of player personnel Nick Caserio told NESN.com. “So, you can have a conversation with them, but really it comes to the application when they actually are asked to do it, because you have to look at it and say, ‘OK, this is going to work, or well, we tried and let’s move on to something else.'”

So, how do the Patriots go about making such a change? Usually, it starts with surprise conversation from a position coach.

“(Former Patriots defensive backs coach) Eric Mangini came to my locker and said ‘know these players here,'” Brown recalled. “It was just before, probably 10-15 minutes before practice started, training camp. I was like, ?OK.? At first, I was like, ?You serious?? Then it was like, ?OK. That?s cool. I get it, man.?”

For Slater, it was only slightly predetermined.

“When I came into the building my rookie year, I was given both playbooks,” Slater said. “So, I guess my first three years or so in the league, I kind of flip-flopped back and forth until finally towards the end of that third year, they’re like, ‘You’re playing receiver.'”

So, as soon as Slater finally got settled and comfortable at receiver, he received the most non-special teams snaps of his career on the other side of the ball.

“The way the season was going, we had some injuries,” Slater recalled. “I think Patrick (Chung) was hurt. A couple of our other safeties were hurt. I hadn’t met with the defense all season long. I came in on a Wednesday, and they told me, ‘Hey, you’re going to play some safety this week because of our depth. It’s just an emergency, but go meet with those guys.’

“I come in Thursday, and you know, ‘You’re going to take some reps with the ones today, see how it goes.’

“Come in Friday, ‘You’re gonna start.’ So, it all happened pretty fast. I think my head was swimming so much just to try to learn the information that I didn’t really have time to be nervous, to just kind of like, ‘I just want to make sure I’m lined up properly.’ But man, that was a crazy week.”

Detroit Lions head coach Matt Patricia was the safeties coach at the time. Slater worked with him and defensive backs coach Josh Boyer on the transition.

Slater played four games on defense that season in contests against the Indianapolis Colts, Washington Redskins, Denver Broncos, and he played one snap against the Miami Dolphins. He only let up one 19-yard catch.

“I can recall Matt, he caused a fumble for us when we were playing the Colts at home,” Boyer said. “We were playing at Washington right after the Army-Navy game. They still had the Army-Navy in the end zone. He did a lot of things for us all year — special teams, offense, defense. He’s just a worker, great kid, great personality, great football mind. It was a pleasure coaching him.”

Slater had no qualms.

“That was a lot of fun,” Slater recalled.

So, why isn’t he still playing the position?

“I don’t know if it was ever a permanent fix,” Slater said. “I think it was just kind of like, we had some injuries at the time, and we needed someone who I guess could run and tackle. That’s what I’ve been doing the last eleven years.

“I always mess with Dev (McCourty), though. I went in there and played so bad that he was the next guy to start at safety. We moved him to safety next. He’s been there ever since, so he owes me something.”

McCourty did indeed move to safety full-time in 2012. That one was permanent.

Slater was roommates with Edelman the year both players switched to defense in the season leading up to Super Bowl XLVI.

“He was relatively young in his career then,” Boyer said. “And a lot of times I would just grab him early in the morning, and I would say, ‘Jules, you’re going to go with us in the defensive meeting today.’ And we’ve had conversations since then, like a year ago. And he goes, ‘You realize, when you came and told me I was going to the defensive meeting, I was like, ‘Am I getting cut?'”

The story checks out.

“One hundred percent,” Edelman said. “I thought I was getting cut.”

This might not surprise you, but Edelman maybe took the job a little bit too seriously.

“Sometimes he was a little too smart for his own good, trying to make checks out there and (Jerod) Mayo’s yelling at him, ‘No! That’s not it!’ But he went out there and competed,” Slater said. “The same thing you see now in big moments, the guy’s never been shy of competition, and it was no different then.”

Edelman was trying to anticipate routes based on how he would run them with the defensive alignment.

“Not everybody else has the same system so the routes can be a little bit different,” Boyer said. “But he was very good at film study and understanding what guys were doing, and he was a good communicator, and he wanted to make sure everybody was on the same page. He’s a very assertive individual, so he tried to take charge in those type of roles.”

Edelman let up just six catches on nine targets for 81 yards without a touchdown.

“We sucked,” McCourty said. “We were ranked last in pass. We had given up the most yards to date in NFL history. I know it?s cool that everyone talks about Slate and Jules being over there, but we were terrible. That?s why they were over there.”

It sounds like the Patriots have approached other players about such a change, and it didn’t go over as well.

“Our players, the whole doing what’s best for the team is obviously a message that’s been pretty consistent since Bill’s been here,” Caserio said. “So, when you approach it with a player and look at it from that perspective, some are a little more receptive than others. Some players, they want the challenge of maybe doing something else. So, you have to have an open mind and just be receptive and just listen to what the player, how he feels about it. If he doesn’t feel comfortable, then you don’t want to put him in that position.”

Patterson, however, was fully on board.

“They asked me if I could play running back, and I said I can do anything y’all need me to do,” Patterson said. “That’s just the mindset I’ve had since I was little. I can do anything, and I just try to go out and execute everything, every role they give me.”

Patterson had 42 carries for 228 yards with a touchdown in the 2018 season. His previous career high in rushing attempts was 13 in 2017. And just like with Brown, Slater and Edelman, it started with a conversation with the position coach.

“When we started this,” running backs coach Ivan Fears said. “It was a, ?Hey, listen. We want to do a couple things with you. A couple of plays here, a couple of plays there, put you in the backfield, we?ll hand you the ball, try to get you going.? ?Sure! Hey, no problem.? It was as easy as that. It was no big deal when you have a kid like that who?s looking for an opportunity to play and loves playing. And he gives you it all. That was easy.”

That kind of buy-in mentality is exactly what the Patriots look for in their players. 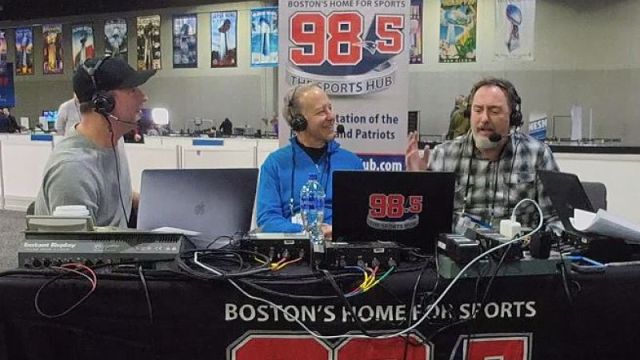 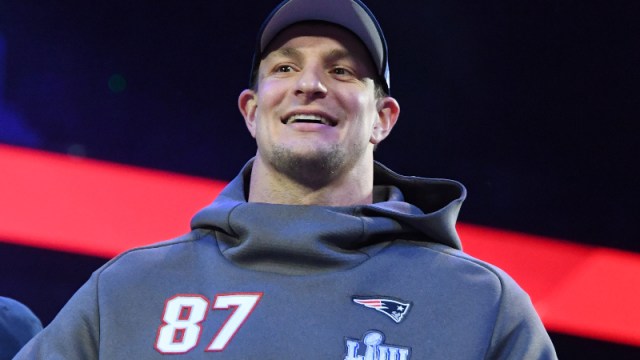