BOSTON — It was a tough Thursday night for Tuukka Rask.

The Bruins goalie gave up three goals in Boston’s 4-1 Game 1 loss to the Maple Leafs at TD Garden. Toronto sealed the victory with an empty-net goal late in the third, but Rask wasn’t able to stop a Mitch Marner penalty shot in the second which gave Toronto the lead once and for all.

Rask also surrendered a five-hole goal to William Nylander on a breakaway.

Those two goals were certainly tough to swallow, but Rask still made some big saves and kept the game from getting out of reach much sooner.

Despite the outcome, head coach Bruce Cassidy refused to blame his goalie for the Bruins being down 0-1 in the series.

“I’m not gonna put any of this on Tuukka,” Cassidy said after the game. “I’ll state the obvious, yeah, we would have liked the breakaways, the penalty shot saved. Might be a different game. … That was on us as a team … shame on us. I don’t want to put this on Tuukka.”

As for Rask, he’s just ready to put the loss behind him.

“That’s all you can do,” he said. “Go home, sleep, do work tomorrow and then get ready for Saturday. Win or lose, that’s it. That’s the playoffs. That’s how you’ve got to kind of prepare yourself. You just move on.”

Here are some other notes from Thursday’s Bruins-Maple Leafs Game 1:

“You don’t want that to continually be a part of our game,” Brad Marchand said after the game. “We have a job to do on the power play and it’s to not get scored against. So we have to be a little better there, be a little more defensive-minded when we see something’s kind of breaking down.”

— Things certainly weren’t as physical between the two teams as they have been in previous meetings, but Marchand admitted he thought Toronto played “a little more physical” than it usually does.

“You’ve got to expected that come playoff time,” Marchand said. “Especially the way they’ve kind of been talking how they want to send a message. I think they accomplished that. They played well, they played hard and they played fast. And they played their game. So, we have to be better.”

— The Maple Leafs had a lot of luck when entering the third period with a lead during the regular season.

They went 36-0-1 when they had the advantage on their opponents.

— The Bruins look to tie the series at one Saturday night at TD Garden. Puck drop is scheduled for 8:00 p.m. ET. 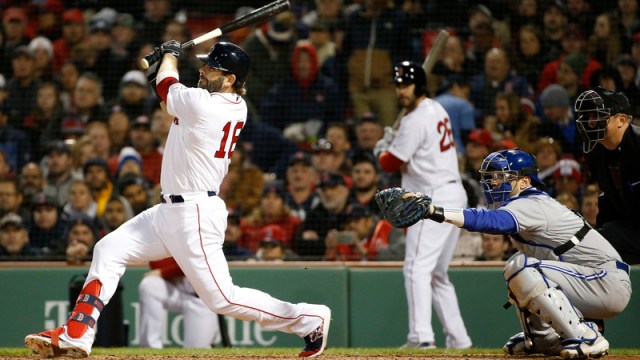 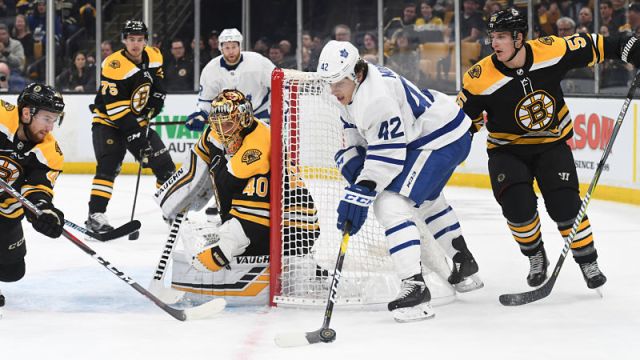