Brad Stevens said Friday that the Boston Celtics needed to be on their A-game if they wanted to beat the Milwaukee Bucks. They checked that box Sunday afternoon at Fiserv Forum.

Boston took Game 1 of their second-round series over the Milwaukee Bucks with a convincing 112-90 win.

Al Horford’s defending of Giannis Antetokounmpo was exceptional, leading the Celtics all-around attack on both sides of the ball.

Boston’s defense created opportunities at the other end of the court, with the Celtics shooting 54 percent from the floor. Kyrie Irving led the C’s with 26 points, 11 assists and 7 rebounds on 12-of-21 shooting.

Four other Celtics finished with double figures in an impressive all-around effort. Al Horford (20 points), Jaylen Brown (19), Gordon Hayward (13) and Terry Rozier (11) were all part of the scoring party.

Antetokounmpo led the Bucks with 22 points.

The Celtics now have a 1-0 series lead.

DEFENSIVE MINDSET
Both sides opened the game looking like they were coming off long layovers, which they were. Boston’s defense on Giannis Antetokounmpo in the early going was very impressive, sending delayed double teams at him on almost every possession while managing him in transition.

The Celtics’ execution was spot on in the first quarter, which was aided by their stellar defense. Boston forced four turnovers and held Milwaukee to 26.3 percent shooting. They led 26-17 after one.

STRENGTH IN DEPTH
Boston turned to a lineup of Hayward, Morris, Baynes, Rozier and Brown to begin the second frame, which might have initially concerned some Celtics fans (Baynes vs. Antetokounmpo), but they succeeded mightily.

Baynes did a great job of sealing off Antetokounmpo, while Hayward continued to get just about anything he wanted on the offensive end. The Celtics opened up a 40-25 lead halfway through the quarter with Horford on the bench. This was huge, as Boston has struggled with their sage big man on the bench.

The Bucks responded with a 15-0 run of their own once, shockingly, Antetokounmpo went to the bench. The two sides would exchange buckets for the remainder of the quarter at a vicious pace, with Boston eventually taking a 52-50 lead into halftime.

Khris Middleton had a game-high 14 first-half points. Irving led the Celtics with 13 points in his 17 first-half minutes.

EXTENDING THE LEAD
Both teams continued their frantic pace out of the break, trading runs in the early minutes of the second half. The Celtics used a 12-0 run to extend their lead to 10 at the midway point of the third.

Horford’s defense on Antetokounmpo was remarkable throughout the afternoon, but really stuck out in the third quarter. With two minutes to go, Horford had five of Boston’s eight blocks.

The defensive effort was turning into buckets on the other end, and the Celtics pulled out to a 21-point lead with two minutes left in the third.

Milwaukee’s soft perimeter defense was giving Boston all of the midrange and 3-point looks they wanted, and the Celtics made them pay.

Boston led 88-71 after three. Irving had a game-high 19 points (plus nine assists and six rebounds) heading into the fourth.

FINISH THE JOB
The Bucks took advantage of Boston’s non-Kyrie minutes early in the fourth quarter, managing to cut the deficit down to 12, which got their home crowd back into the game. But that’s as close as Boston would allow them to get.

The Celtics immediately put their foot back on the gas, extending their lead to 23 with five minutes left in the game. Milwaukee was not able to climb back into this one, as Boston closed strong to steal Game 1.

PLAY OF THE GAME
JB puts Giannis on a poster!

JB with the cut and the flush ? pic.twitter.com/hvgBKJ8vrc 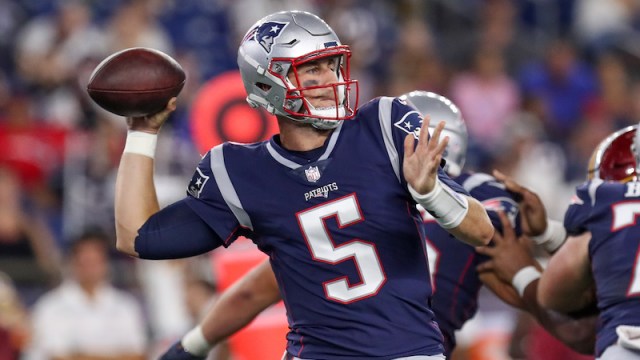 What Happens To Danny Etling After Patriots Drafted Jarrett Stidham? 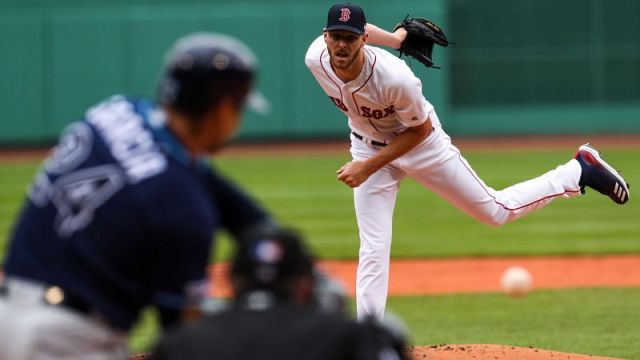