The New England Patriots eventually will have to face life without Tom Brady, and they might already be preparing to finally begin the next chapter in their franchise history.

Brady’s contract situation has been a big topic of conversation this offseason. The six-time Super Bowl winner is entering the final year of his contract, and he’s always been extended before playing in his walk year. That could change this season, especially if New England thinks Brady might be close to hanging up the cleats.

The Boston Sports Journal reported Wednesday that some within the organization wonder whether Brady will retire after the 2019 season, especially if he gets a chance to walk away on top.

“The team, sources told BSJ, has not ruled out the possibility that Brady could retire after this season, especially if he wins another Super Bowl,” wrote Greg Bedard. “That would give him four in his final six seasons and would trump the three he won his first four seasons as a starter. Seven total Super Bowl titles would break the franchise tie with the Pittsburgh Steelers, leave Brady two titles clear of any other player, and would represent a largely unbreakable record.”

This isn’t meant to besmirch the reporting, but there’s an element of “no duh” here. If Brady walks away after 20 seasons with almost two-and-a-half hands’ worth of Super Bowl rings, it certainly wouldn’t be shocking, so it’s not groundbreaking news to hear the Patriots believe it could happen. But it’s still pretty jarring for anyone related to Brady and/or the Patriots really start to think about the end. Not only that, Brady might be the most famous athlete in America, and he continues to succeed at the highest level on the biggest stage, so his eventual ride into the sunset will be a huge deal.

As for Brady’s contract situation, Bedard also cited team sources who said New England can’t do anything on that front until mid-August. Something will have to give at some point, of course, especially considering third-string quarterback Danny Etling is currently the only QB on the depth chart for 2020. Bedard also lays out a way in which the Patriots could make it work for 2020 with the franchise tag, and Brady has said many times he wants to play until his mid-40s, so it’s far too early to star worrying about a dismal, Brady-less future.

But as Rob Gronkowski proved with his retirement, that doesn’t mean it’s not time to start having contingency plans for the future, either. 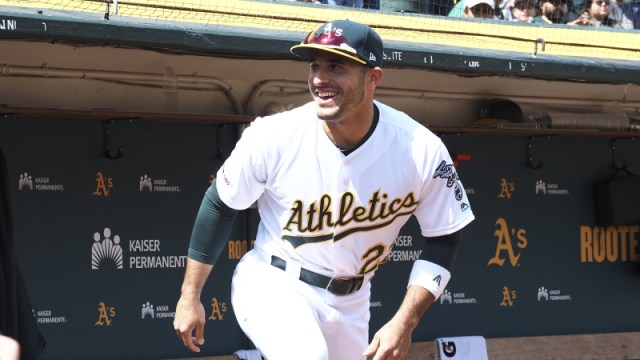