New Englanders are crazy about Tom Brady, and it’s understandable. The New England Patriots quarterback has given the region two decades worth of nearly uninterrupted happiness, after all.

But at some point, the Brady worship gets a little weird.

Case in point: Twitter user chikkofreako (Lol) who had an aggressive reaction to one of Brady’s tweets last week.

I?ll do anything I?ll give up straws just tell me what you want me to do to have a football shatter my face bones into a million pieces

Give up straws? You wouldn’t dare.

Anyway, chikkofreako managed to draw a response from Brady, something all Patriots fans dream of. However, the response probably wasn’t what the Mansfield, Mass., native was looking for.

I?ve seen this a lot lately in my replies. Is it a millennial thing to want your face broken? Very confused. https://t.co/ePbWTQSZDr

chikkofreako since has changed his Twitter bio to, “Tom if you?re reading this please break my face with your strong arm muscles.” So, it appears Brady’s digital shade-throwing didn’t rub him the wrong way.

In other Patriots-related news, New England reportedly has agreed to a contract extension with wide receiver Julian Edelman. 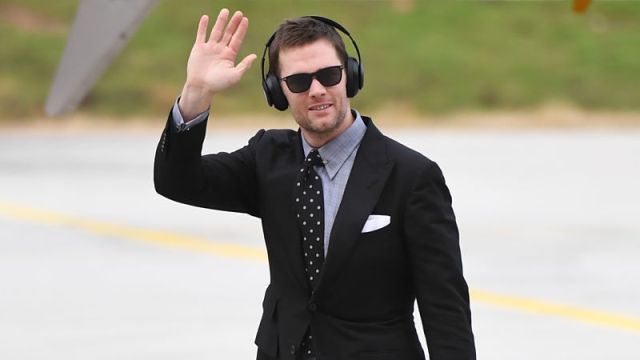 Tom Brady Opens Up About Challenges Of Making ‘Tom Vs. Time’ After Emmy Win