Bruce Cassidy isn’t about to pull a Craig Berube, but …

The Boston Bruins head coach has a lot on his plate at the moment, as his team returns to Boston tied two games apiece in the Stanley Cup Final after their loss to the St. Louis Blues in Game 4 on Monday night. Perhaps the biggest story of the night was the injury to Zdeno Chara, but as usually the case in hotly contested series, officiating is a lingering topic of conversation.

Following his team’s loss in Game 3 — in which St. Louis allowed Boston to go 4-for-4 on the power play — Berube complained about the number of penalties called against his team. Berube’s public lobbying for advantageous officiating is nothing new in hockey or any other sport. The hope is that by publicly putting on the pressure, you receive some calls in your favor. Or, in the Blues’ case, you’re hit with fewer penalties. And on Monday in Game 4, St. Louis was called for just two penalties, which included an automatic delay-of-game penalty for a puck over the glass as well as a matching minor in the final minute of the game. The Blues, meanwhile, were awarded three power plays at the other end.

So, did Berube’s comments have an effect on the Game 4 officiating crew? That question was posed to Cassidy on Tuesday morning, and the Bruins coach took a diplomatic approach with his answer, but it also wasn’t too difficult to parse his words.

“I found it interesting, I fully expect, you have the best refs and you go through the process. I would expect they wouldn’t get baited into somebody’s comments,” Cassidy told reports. “They should be better that. If they did, I certainly didn’t expect them to. They should have a degree of professionalism. Call the calls that they see.”

Cassidy then went even further, emphatically pointing out that a couple of the calls that went against St. Louis might have been overstated by Berube.

“The night before (Game 3), I found it odd — we killed five power plays,” he said. “We scored on our four, and one (St. Louis penalty) was in the final minute, which was inconsequential. One was on them that they got called for it wasn’t an infraction — they got called for a bench minor for (unsuccessfully) challenging an offsides — so really there’s a couple they could look at that affected the game. I think one in the first period, one in the second … hopefully, they didn’t get caught up in it.  (In Game 4), I thought the call on (Connor) Clifton was a head-scratcher. (Vladimir) Tarasenko went to reverse hit him, and I don’t think there was any contact to the head. It was his own hit, maybe, leading with it. So I don’t know where that call came from. That’s the only one I was unhappy with.

“There are always some that get let go either way that they could have called either way. It’s hard to nitpick through every one. That’s my thought on that. At the end of the day, we didn’t play well enough to win. We know that.” 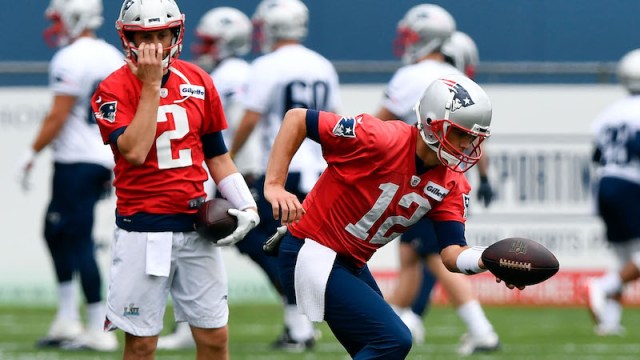 Patriots Minicamp Day 1 Observations: How QB Reps Were Divvied Up 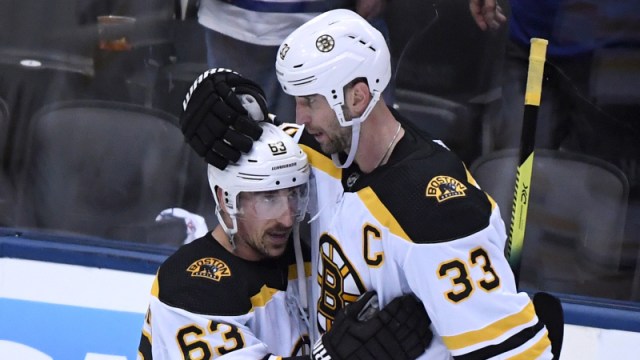