Ultimately, it doesn’t really matter if it’s Case Keenum, Colt McCoy or Dwayne Haskins starting for the Washington Redskins. The Patriots are going to win Sunday, regardless. But it is pretty funny to have no idea which quarterback you’re playing against two days before a game.

The Patriots should root to face Haskins. First- and second-year quarterbacks are 0-19 against the Patriots since 2014.

Why do we have to come up with all the questions?
— @Patriots1154
Quite an existential quandary you got there, Mr. 1154. The mailbag wouldn’t exist without you guys. Let’s get into it.

Why haven?t you finalized the AJ Green Trade yet ?? Haha seriously how concerned are you with the offence? Other than the Steelers game it has been rough.
— @njjosselyn
Has it, though? I know the defense has chipped in with touchdowns, but the Patriots scored 33, 43 and 30 points in the first three weeks of the season. Sure, the 43-point performance came with Antonio Brown on the field, and the Patriots’ offense hasn’t quite reached a consistent level throughout a full 60-minute game, but I wouldn’t say I’m overly concerned after four weeks.

I think we’ll see drastic improvements from the offense over the next three games against the Washington Redskins, New York Giants and New York Jets. Consider that Julian Edelman and Rex Burkhead were limited last week against an extremely good Buffalo Bills defense.

Do you think Watson plays this week?
— @BroJackson34
Ben Watson didn’t practice Wednesday, but he returned Thursday. After missing four weeks and the first practice of the week, I find it a little bit doubtful that he plays Sunday.

I’ve been surprised before, though. If he does play, then he could boost add more consistency to the tight end position. Watson is 38 years old, but he’s still probably better than Ryan Izzo and Matt LaCosse.

Is Devin McCourty a Hall of Famer?
— @_fega_
Patriots Hall of Famer, yes. But he’s not a Pro Football Hall of Famer unless some crazy happens and he extends his career for another seven years or so.

McCourty has been a great player for the Patriots — one of their best throughout their second dynasty. But he hasn’t reached hall-of-fame levels of play. He’s a first-ballot Patriots Hall of Famer, though.

The Minnesota Vikings just signed Stefon Diggs to a five-year contract extension, and they haven’t changed their head coach or general manager since then. They did change their offensive coordinator from John DeFilippo to Kevin Stefanski. DeFilippo wanted to pass the ball and great creative with quarterback Kirk Cousins, but head coach Mike Zimmer didn’t. So, Zimmer fired DeFilippo and hired Stefanski, who’s willing to keep running the ball.

DeFilippo is now the Jacksonville Jaguars’ offensive coordinator. It’s worth noting his new quarterback, Gardner Minshew II, is completing 69.4 percent of his passes for 905 yards with seven touchdowns and one interception as one of the best stories in the NFL this season.

Even if you’re a run-first team, there’s value in having two strong wide receivers like the Vikings do in Diggs and Adam Thielen.

I just think it’s too early for the Vikings to give in to Diggs, who has hinted he wants to be traded.

And it would take a lot of effort for the Patriots to acquire Diggs. Boston Sports Journal’s Miguel Benzan wrote Thursday the Patriots likely would have to extend safety Devin McCourty and linebacker Kyle Van Noy and restructure Dont’a Hightower’s deal just to find the cap room to add Diggs. That would push 2019 cap hits into 2020. The Patriots only have about $40 million in cap room next season as it is, and that’s with them voiding Tom Brady’s contract.

So, take that $40 million and now subtract the $6.8 million Benzan projects the Patriots would be pushing forward with McCourty, Van Noy and Hightower. Then subtract Diggs’ $10.9 million salary in 2020.

That leaves the Patriots with $22.9 million in cap room. Is that enough to re-sign Brady plus add literally anyone else, even draft picks, to the roster? Unlikely.

The Patriots had one shot to acquire an expensive receiver, and they used it on Antonio Brown, who still counts on their cap after being cut. If they hadn’t signed Brown, then acquiring someone like Diggs, A.J. Green or Emmanuel Sanders would be a real possibility. Now? It would be extremely difficult.

So, would you rather have Diggs or Brady?

That’s essentially what it comes down to.

Does the limited cap space affect the returns from Wynn or Harry off of IR? Both are on rookie deals, but Pats have almost zero room. Also, does this squash the hopes of some that Gronk is coming back because the Pats now can?t afford his deal?

#MailDoug
— @BryanThiel_88
It does not affect the return of Isaiah Wynn or N’Keal Harry. They both already count against the Patriots’ salary cap.

It would take some effort to bring back Rob Gronkowski, though. His cap hit is higher than the Patriots’ cap space even if he only returns for the final four games.

I know it’s not as splashy as getting Diggs or Green, but given their salary cap situation why not bring back Maurice Harris? Already knows the offense and looked good in preseason
— @Kim_Gregoire
Harris can’t sign with the Patriots until after Week 6, per his injury settlement. If he’s available, and if the Patriots need a wide receiver at that point, I could see them bringing him back.

Keep in mind, though, Harry is available after Week 8. So, that would be a short window of time between Week 7 and Week 9 to need a wide receiver. I did really like Harris during OTAs, minicamp and the early part of training camp, however. So, I think he could help the team.

#MailDoug. Has Josh Gordon been underutilized by the OC?
— @schimelmitz
I wouldn’t say so. I think he’s just slightly underperforming.

He has 14 catches on 27 targets for 221 yards with one touchdown so far this season.

Extrapolate this year’s numbers into 11 games, and that’s 38.5 catches, 74.25 targets, 607.75 yards and 2.75 touchdowns. He’s actually being targeted more, he’s just not catching as many passes or producing as many yards as last season on a per-game basis.

A lot of fans are not happy with the Richards re-signing. BB says he thinks he has a role for him, how confident are you that this signing works out favorably for the Pats and what do you think his role will be?
— @SenecaDavid1
I think Jordan Richards’ role will be on special teams. If Richards takes meaningful defensive snaps, with the way that unit is playing right now, Patriots fans have the right to riot.

Richards looks noticeably less bulked up in his return to the Patriots. Perhaps he’ll come with more speed the second time around.

@DougKyed How come teams can?t find a kicker who can punt or a punter that can kick? I mean, all they do is kick a football and I understand it?s a different kicking motion but imagine the importance of the extra roster spot it would create. #MailDoug
— @MichaelProOG
I’ve been wondering about this too. I think it might just take one player to try it before a potential trend catches on. That specialist would require a lot of practice reps to do both, but punters and kickers don’t practice kicks at the same time since the punter has to hold for the kicker. Perhaps it’s just too taxing on the leg.

Gimme the hard truth…is my fantasy of seeing Sebastian Seabass Janikowski in a Patriots jersey a pipe dream?
— @MarvelousMike94
Yes, Marvelous Mike, I think it is just a pipe dream. I can’t even imagine what Sebastian Janikowski looks like at this point after nearly a year of retirement anyway.

Who did you choose in the Wednesday Night Wars last night? AEW or NXT?
— @MattToTheFuture
I watched AEW. I enjoyed it. I didn’t think it was incredible, but I did think it was good.

Second, I think he was probably the best free-agent kicker option as long as he can stay healthy. Similar to Stephen Gostkowski, he was dealing with a hip injury last season. The Patriots do have Younghoe Koo on their practice squad as insurance, however, so that helps.

Will Jakob Johnson do enough to keep Develin on IR to allow NE to bring back Wynn and Harry? #maildoug
— @pereira_report
I think the Patriots will wind up bringing Isaiah Wynn and N’Keal Harry back off of injured reserve, regardless. Jakob Johnson will wind up being fine, but I doubt he’ll play as much as James Develin did.

I loved it. I did get sick of the theme song being sung to me, though.

Are you surprised that Allen (punter) still hasn?t find an other team? #MailDoug
— @BeTheKomodo
I am surprised. I’ll bet he winds up signing with a team before the end of the season. 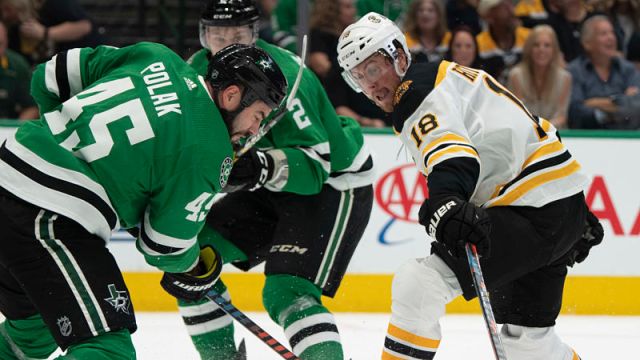 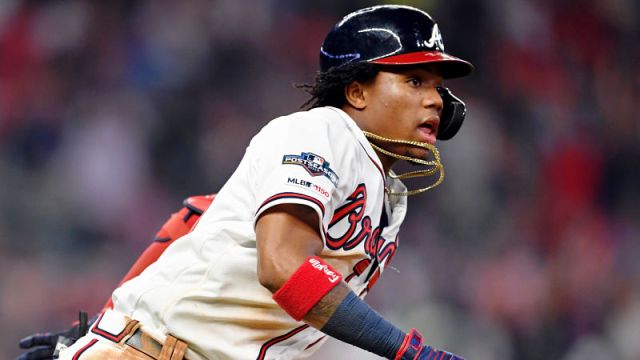