LANDOVER, Md. — Through the first five years of the Patriots’ second dynasty, New England’s defense would tend to generate some nerves within a certain subset of the franchise’s fanbase.

The defense would break when it was supposed to bend, let up a one or two scores early in the game, and that would set off panic among the team’s more on-edge supporters.

By the end of the game, everything would generally be fine. The Patriots would win the game, only let up a touchdown or two, and they went on to win Super Bowls in three of those five years.

Patriots fans never learned to stay patient throughout all of the success. Even when everything is going right, something has to be wrong. Perhaps it’s the old adage the Patriots preach of getting better every day. Something needs to be fixed.

This season, the Patriots’ defense has been spectacular. They’re letting up less than 7 points per game. They seemingly lead the NFL in everything, and if they’re not already, they should be crowned the league’s best defense through five weeks.

So, now it’s the Patriots’ offense that’s creating some anxiety among the fanbase that is deadset on adding some sort of help at wide receiver, tight end or the offensive line. Prior to Sunday’s 33-7 win over the Washington Redskins, running back Sony Michel was getting called for a benching based on his early-season performance. Quarterback was the only position safe from criticism. Somehow Tom Brady never found his head situated on a stick.

So, after the Patriots’ offense failed to score on their (checks notes) first possession, cries were forming. Trade for A.J. Green! Trade for Stefon Diggs! Trade for Emmanuel Sanders! Trade for Tyler Eifert!

The Patriots apparently should feel lucky games are 60 minutes, not 19. Otherwise, they would have lost 7-6. The Patriots only led 12-7 after the first half. Then they finished the game with three scoring drives, and everything was fine again.

“I think we did a better job executing,” Brady said. “Not much other than that. Just playing better football.”

The Patriots finished the first half with just 7 carries for 19 yards. Tom Brady went 19-of-31 for 206 yards with one touchdown and one interception for a 78.2 passer rating.

The Patriots ran the ball 20 times for 111 yards with a touchdown in the second half. Brady went 9-of-12 for 142 yards with two touchdowns. Everything clicked. The offense suddenly looked completely fine.

“I think one thing that did help was the play count got up there pretty high,” Brady said. “We had quite a few plays by halftime. Any time you feel like you do that, you feel like you’re going to wear the other team out. Those 3-yard runs become 6 and then finally you can break one. Sony did one.  Sony broke a long one kind of going with our sideline and then the touchdown run. It was great to see. He ran hard. He ran his butt off. So, proud of him.”

Brady still sees some room for improvement for the offense.

That could start with playing all 60 minutes like the Patriots’ offense did for the final 30.

Still, Michel finished with 16 carries for 91 yards with a touchdown and three catches for 32 yards. He averaged a season-best 5.7 yards per carry. Wide receiver Julian Edelman caught eight passes for 110 yards with a touchdown despite a chest injury. Josh Gordon hauled in five passes for 59 yards. Running backs James White and Brandon Bolden both hauled in long passes. Tight ends even got involved with three catches for 61 yards split between Ryan Izzo and Matt LaCosse. Izzo scored his first NFL touchdown.

So, could the Patriots use some help at wide receiver, tight end or the offensive line? Sure. Every team could. Luckily for the Patriots, they actually have some coming. First-round pick wide receiver N’Keal Harry is eligible to return off of injured reserve in Week 9. Ben Watson could be activated Monday after a four-game suspension. And starting left tackle Isaiah Wynn is eligible to return off of IR in Week 11.

Making a trade probably wouldn’t hurt. The Patriots would have to find some room on the salary cap first, however. But remember the Patriots are 5-0 with their current roster, and reserves are on their way. This won’t resonate, but try to contain your panic until 60 minutes of football are in the books. 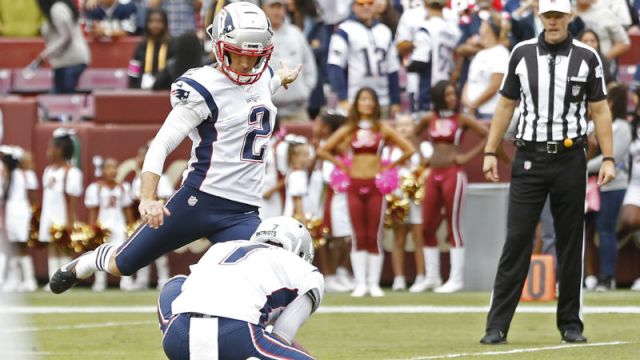 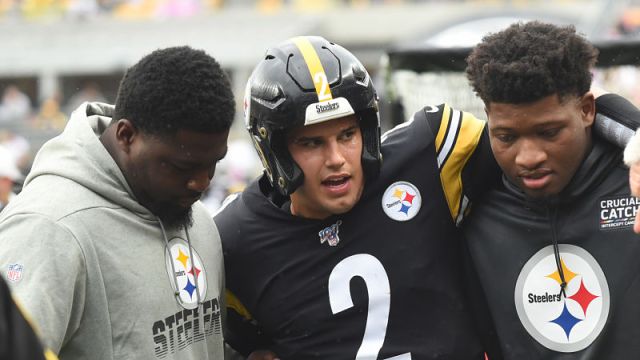