BOSTON — Just when the Boston Bruins thought their three-game losing streak was a thing of the past, everything went wrong.

Boston struggled to stay out of the penalty kill late, which ended up being one of the many factors that allowed the Panthers to get back within striking distance. Head coach Bruce Cassidy noted this after the loss and labeled it as an area he and his team need to address.

“Things got compounded. … We took a lot of penalties,” Cassidy said. “It seemed like we took a lot of marginal penalties tonight. We didn’t kill them. Same thing in Detroit, we had those issues. Not great penalties that we took, guys throwing pucks into the middle of the ice. So we’re going to have to sit down and address the penalty kill and those situations. How we broke down and get better in that area.”

Boston also got away from two traits it generally prides itself on — closing games and being structurally sound throughout. That certainly wasn’t the case late in this one, and Cassidy is well aware.

“This is a team that’s closed out games for years,” Cassidy added. “The last goal to me — put everything else aside — it’s disappointing. We get beat off the rush, wingers circling out of the scoring area knowing that the game’s on the line. … Structurally, we were bad on that last goal. That’s the disappointing part to me. That’s where we’re usually rock solid.”

He makes a valid point. Entering Tuesday night, the 2019-20 Bruins were undefeated when leading after two periods. That changed against the Panthers, but Cassidy hopes it can serve as a motivating factor as Boston heads to Toronto for a matchup with the Maple Leafs.

“It’s going to sting for a few days, but maybe it’ll be a good motivating factor going into Toronto then playing Washington,” Cassidy said. “Got two strong teams coming up, so hopefully are guys have a bit of burn in the saddle and want to get back in the win column.”

Here are some more notes from Tuesday’s Bruins-Panthers game:

— Zdeno Chara scored Boston’s fourth and final goal of the night, one that felt like it would be the cherry on top of a solid win. But that wasn’t the case, and Chara owned up to the Bruins’ shortcomings.

“It’s on us,” Chara said. “We played, I thought, in the first two periods, solid hockey. We made some strong plays. And obviously in the third, we gave them too much spacing and time. Any time you do that, the team will take advantage of that. I think we need to look at it and play the same way for 60 minutes.

“We all realize that wasn’t our 60-minute game. I think we know that we lost a point, and it’s on us. … We gotta realize that teams are ready to play us. We gotta elevate our game.”

— Tuukka Rask was anything but solid in the Bruins’ third-period collapse, just like the rest of his teammates. Similar to Chara, the Boston goaltender owned up to his ugly performance late in Tuesday’s loss.

“I should’ve been sharper in that third period,” Rask said. “Let in a couple soft goals and you let the (Panthers) kind of get some momentum. It’s a 60-minute game. … I’m sure a lot of it’s mental, but I definitely take most of the blame on that third period.”

“There’s so many good players and good teams, that, especially these days, no lead is safe,” he added. “They’re skillful players, very fast players, so you have to be on your toes at all times and build that into your game throughout the season. I guess you have to take positives and learn from these kind of mistakes you make and hope it never happens again.”

— David Pastrnak picked up his league-leading 16th tally of the season on a ridiculous no-look goal that gave the Bruins a 1-0 lead midway through the second period.

Despite his impressive numbers, the right-winger didn’t get a chance in the shootout. But Cassidy said that was mapped out beforehand.

“(Goaltending coach) Bob (Essensa) has information on that,” Cassidy said. “We were going to use (Chris) Wagner, maybe more shooters than dekers against this goalie coming in. … Pasta tends to like to deke, so that’s why we went away from him. He’s been a little bit cold lately in the shootouts, so give some other guys an opportunity that we feel can finish.” 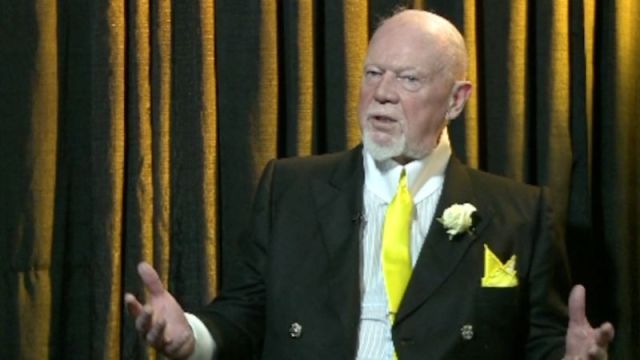 Don Cherry Doubles Down On Comments Regarding Toronto Immigrants