Nikola Jokic led the way for the Nuggets with 30 points, which was good for his season high.

Boston moved to 16-5 with the win, while Denver dropped to 14-6. The Celtics improved to 9-0 at TD Garden this season.

BROWN STAYS HOT
The Celtics jumped out to a quick lead in the early going thanks to Brown’s continued scalding-hot stretch. The wing opened 3-of-4 from deep, scoring nine points in his first four minutes. Jokic responded, however, posting 10 points and five rebounds in the game’s initial six minutes.

The two sides battled back and forth before Boston extended its lead to 10 with two minutes left in the first frame.

Enes Kanter came off the bench to provide a nice spark, scoring eight first-quarter points on 3-of-3 shooting in four minutes. Brown’s 11 points were a game-high after one, helping the Celtics take a 33-26 lead into the second quarter.

TATUM’S TURN
Tatum and the Celtics pushed their lead out to 15 points three minutes into the second. He went on an 8-0 run by himself, en route to scoring 10 straight Celtics points to begin the quarter. He was unconscious, even when defenders were draped all over him.

Boston continued hitting some ridiculously tough shots, helping it hold a double-digit lead for the majority of the quarter. Walker got himself involved in the fun.

This is just absurd pic.twitter.com/EgFXdlSAwz

Jamal Murray was held scoreless until back-to-back buckets brought the Nuggets within six in the closing minutes of the half. After leading by as many as 15, the Celtics carried a 53-45 advantage into the break. They didn’t trail once during the game’s opening 24 minutes.

Brown and Tatum had 13 and 12, respectively, after two. Jokic had a game-high 14 points.

MAINTAINING THE LEAD
The Nuggets were just 1-of-16 from 3-point range at the 11-minute mark of the third, but a Paul Millsap triple got Denver within five early in the second half. Five straight points from Tatum pushed the lead back to 10, however.

The closing sequence of the third quarter is what really gave Boston a leg up heading into the fourth. Led by Tatum and Brown, the Celtics finished the frame on an 11-0 run. It was a Brown dunk and a Tatum side-step 3-pointer that ended the quarter, sending TD Garden into pure pandemonium.

?? BROWN TO THE RIM ??? pic.twitter.com/z1YgDwOJEt

Boston led by 21 following the run and entered the final quarter shooting 57 percent against the NBA’s top defense.

WRAPPING UP THE WIN
The Celtics didn’t run into much trouble in the fourth, cruising to the win while holding their double digit lead for the majority of the quarter.

Javonte Green managed to jump into the fun, showing off his athleticism on a fast break early in the quarter.

The Garden is ROCKING ? pic.twitter.com/V0sMcDaG4Q

Boston brought on its bench unit with just under three minutes left in regulation to finish the job.

PLAY OF THE GAME
Absurd is right.

This is just absurd pic.twitter.com/EgFXdlSAwz

UP NEXT
The Celtics take on the Cleveland Cavaliers Monday to wrap up their three-game homestand. Tip-off is set for 7:30 p.m. ET. 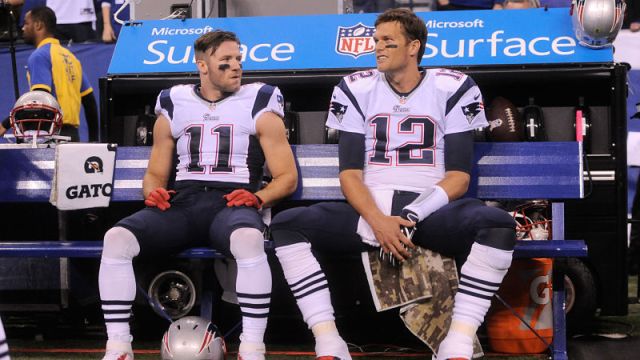 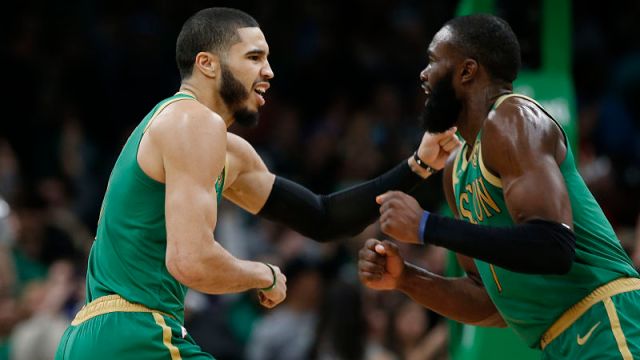