As the New England Patriots begin preparations for their Week 14 showdown with the Kansas City Chiefs, here are eight final thoughts from Sunday’s 28-22 loss to the Houston Texans:

— Phillip Dorsett caught just two passes on six targets for 15 yards in his return from a concussion, continuing a worrisome trend for the previously reliable wide receiver.

Dorsett’s catch percentage — his most valuable asset in 2018 — is way, way down this season. He’s caught just 58.3 percent of his targets through 10 appearances and boasts a dismal 44.1 percent catch rate since Week 4, regressing sharply after a promising start to the year.

Last season, Dorsett caught 76.2 percent of his passes from Patriots quarterbacks, tied for fourth-best among all NFL wide receivers with 40-plus targets. The 26-year-old kicked off his 2019 campaign by snagging 13 of his first 14 targets — stretching his streak of consecutive regular-season catches without an incompletion to 26 — but has caught just 15 of his last 34.

That 44.1 percent mark is tied with Ted Ginn for the worst in the NFL among players with 30-plus targets during that span.

Dorsett, who did have one reception late in Sunday’s game that moved the chains on fourth-and-6, was involved in one of the several apparent miscommunications between quarterback Tom Brady and his receivers in the loss, breaking off a route when Brady expected him to continue downfield.

— Running back James White had nearly as many carries Sunday night (14 for 79 yards) as Sony Michel had total offensive snaps (15).

Michel featured prominently in the early stages with six carries for 33 yards on New England’s opening possession but quickly was phased out, carrying the ball just four more times the rest of the way. He’s played fewer than 30 percent of snaps in three of the last four games.

White, meanwhile, set season highs in nearly every offensive category: snaps (68), carries (14), targets (11), touches (22), rushing yards (79), receiving yards (98) and touchdowns (two, both receiving). The 32-yard run he broke off midway through the third quarter was the longest of his career and the longest by any Patriots player this season.

— The Patriots got their hands on just two Deshaun Watson passes, tied with the Baltimore Ravens game for their lowest total of passes defended this season.

Ball-hawking secondary play has been a hallmark of this Patriots defense, which has registered four or more passes defended (interceptions plus pass breakups) in nine of its 12 games and six-plus in six contests.

Cornerback Jonathan Jones provided both PBUs against Houston, swatting down a pass to Kenny Stills early in the third quarter and ripping the ball out of Will Fuller’s hands in the end zone. Jones surrendered a 35-yard touchdown to Stills immediately after the Fuller breakup, but head coach Bill Belichick commended the corner’s coverage on both plays.

— Few opposing coaches are more familiar with Brady than Texans head coach Bill O’Brien and defensive coordinator Romeo Crennel. The Patriots alums know how skilled the 42-year-old is in the art of the QB sneak.

So, when the Patriots lined up to go for it on fourth-and-inches midway through the third quarter, this was the front Brady saw: Brady wound up delivering a pass on the money to Mohamed Sanu — who’d run an in-breaking route short of the sticks on third down — but the wideout dropped it, resulting in a turnover on downs. Stills scored on the ensuing drive to give Houston a commanding 21-3 lead.

It’s also worth noting the Patriots had backup center James Ferentz in the game at that point, as Ted Karras was injured earlier in the drive. Perhaps they would have tried a sneak had Karras been in there.

— We’ll likely never know just how much the flu bug the Patriots endured during the week affected them on Sunday, but linebackers Kyle Van Noy and Jamie Collins certainly took on more limited roles than usual.

Collins, who ranks third on the team in defensive snaps played this season behind Devin McCourty and Stephon Gilmore, played a season-low 55 percent Sunday after playing at least 82 percent in each of the previous four games.

— Sanu, who might not be fully healthy after injuring his ankle in Week 11, still doesn’t look particularly comfortable as a punt returner. He put the Patriots’ offense in a tough spot by calling for a fair catch at his own 7-yard line.

Returners typically are advised to let those punts drop.

On his lone target Sunday, Harry neglected to leverage his considerable size advantage over cornerback Bradley Roby. Running a 5-yard in-cut on third-and-4, he allowed the 5-foot-11, 194-pound cover man to cross his face for an interception that ended New England’s second possession.

Harry is 6-4, 225 pounds and built like a truck. He needs to make a stronger play on that ball.

The Patriots effectively benched their big-bodied first-round pick after that, using him on just 10 of their final 61 offensive snaps and not at all on their three late touchdown drives. Belichick on Monday denied the notion that the benching was due to the mistake.

— The Patriots’ run defense was a bright spot, with Lawrence Guy and Danny Shelton both turning in strong performances. The Texans averaged 2.3 yards per carry (52 yards on 23 attempts), and the slippery Watson didn’t have a run longer than 2 yards. 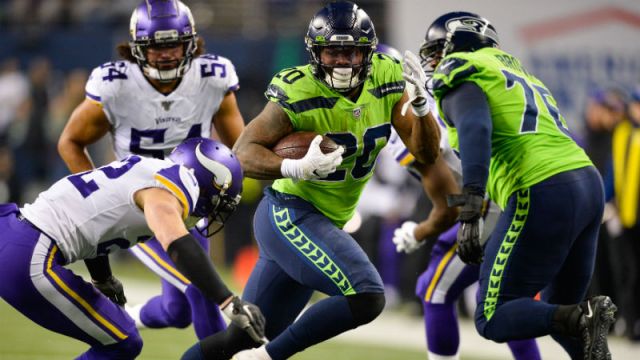 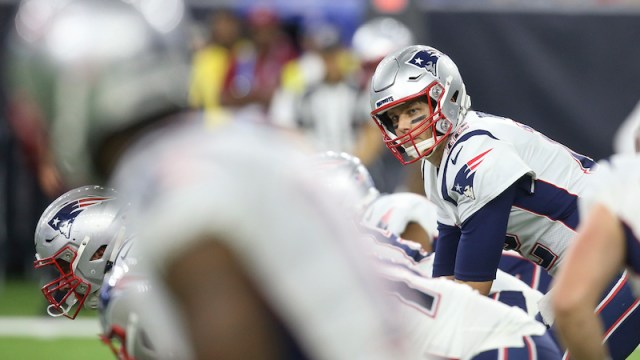