Tom Brady’s stat line was ugly Sunday until the New England Patriots went on a late scoring surge in their Week 13 loss to the Houston Texans.

Even after putting up touchdowns on the offense’s final three drives, Brady still wound up completing 24-of-47 passes for 326 yards with three touchdowns and one interception for a 85.9 passer rating with 6.9 yards per passing attempt.

Pro Football Focus’ accuracy rate metric, which is a helpful tool, had Brady on target in just 61.9 percent of passes after removing drops, throwaways, batted passes at the line, spikes and attempts when a quarterback is hit. Brady ranked 30th of 31 qualified quarterbacks in accuracy rate for Week 13.

Accuracy rate does not account for miscommunications, however. It also doesn’t account for passes that were on target but broken up by defenders. While an attempt that results in a pass breakup can be a poor decision, it’s not always inaccurate.

We watched all of Brady’s passing attempts from Sunday night’s loss. Here’s how we charted all 23 incompletions:

— One hit while throwing

— One batted at the line

Three of the breakups were ill-advised throws that could have been picked off. The other two were good plays by the defender.

We’re giving Brady the benefit of the doubt on one of his throwaways. He sailed the pass over Phillip Dorsett’s head out of the back of the end zone. But his reaction was odd. He didn’t appear to think the ball was going to fall incomplete based on his reaction. So, he was either reacting to a mistake from a Patriots receiver, or the ball slipped out of his hand on the throw and sailed. It looked like a throwaway, but Brady’s reaction has us wondering.

Brady had miscommunication with wide receivers Jakobi Meyers, Julian Edelman and Phillip Dorsett. On those plays, Brady’s passes sailed many yards over their heads.

On the throw when Brady was hit, he was in the grasp and threw it at Edelman’s feet.

On Brady’s interception, rookie wideout N’Keal Harry let cornerback Bradley Roby get in front of him. Harry should have done a better job of boxing out the smaller defender.

Wide receiver Mohamed Sanu dropped two passes, though he had to reach for both. Tight end Matt LaCosse dropped a much easier ball.

Brady also had a pass batted at the line on a throw to White.

If you remove the 15 passes that Brady either threw away or was ultimately not in control of the outcome of the attempt, then he had eight bad throws. That would be an accuracy rate of 75 percent, which still doesn’t rank among Brady’s best seasons. And he was playing in a dome against a poor defense.

So, even if you make all of the excuses for Brady, there still were some issues with his play.

The miscommunication was a glaring issue Sunday night. Brady tried to direct Meyers and Edelman to move upfield on throws, and the receivers and their quarterback were not on the same page. The deep pass toward Dorsett — or was it thrown at Edelman? — simply landed in no-mans land. It’s unclear what exactly went wrong on that play.

The Patriots’ offense can’t function up to its full potential without some trust and non-verbal communication from Brady and his receivers. And since Brady’s receivers aren’t gaining tons of separation, Brady does need to get creative at times. But it’s notable that Brady wasn’t just failing to get on the same page as Meyers, a rookie, but also two veteran receivers.

Patriots players blamed mistakes and a failure to execute for their offensive struggles after Sunday night’s game. That’s a good way to summarize it, but there are other issues at hand. Brady simply missing on five throws is unusual. The Patriots’ lack of top-end receiver depth has allowed defenses to key in on Edelman. And the Patriots’ lack of success on the ground has allowed defenses to put a defensive back on running back James White, which might have led to some of his success carrying the ball Sunday night.

The Patriots also were banged up with injuries and illnesses. Sanu didn’t seem fully recovered from an ankle injury since his snaps were limited. Both Dorsett and Meyers were feeling under the weather after the game, and Brady didn’t sound great on his weekly radio appearance on WEEI.

There are excuses to be made for the Patriots’ offense across the board, but they were mostly at full strength Sunday, and they couldn’t move the ball consistently against a bad defense.

They have four more regular-season games to fix things, and two of them are against current playoff teams. 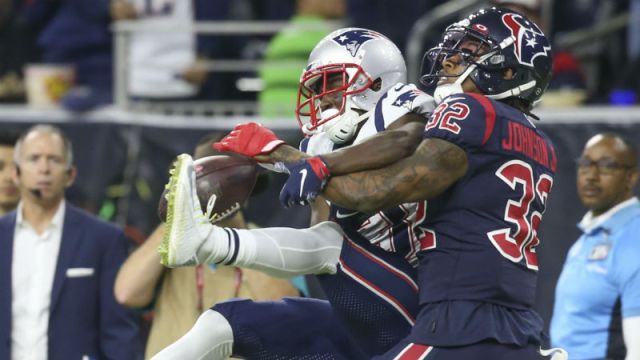 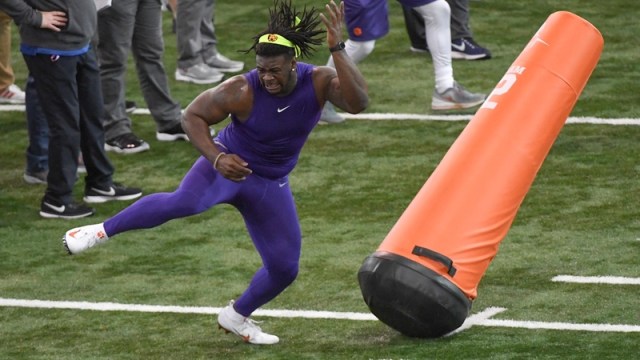