Stephen A. Smith Finally Admits What Everyone Else Already Knew About Celtics - NESN.com Skip to content

Kyrie Irving’s former Celtics teammates have been quick to defend him on several occasions since his departure, refusing to blame the temperamental point guard for Boston’s tumultuous 2018-19 season.

Stephen A. Smith has steered clear of ripping Irving too harshly, instead pointing to Gordon Hayward’s reinsertion into the Celtics’ starting lineup last season after coming back from a gruesome leg injury as the primary reason Boston failed to meet its lofty expectations.

But even Smith can’t deny the obvious any longer: The Celtics are far better with Kemba Walker rather than Irving.

“The answer’s yes. I’ve finally got to that conclusion,” Smith conceded Wednesday on ESPN’s “First Take” before the Celtics defeated the Raptors 118-102 in Toronto. “But it’s not just because of what I’m seeing from Kemba with the Celtics. It’s because of what I’ve seen from Kyrie in Brooklyn. He hasn’t been there. He’s been out for a lengthy period of time, and we all know the noise that was emitting out of Brooklyn prior to his going down. And so because of that, when you consider what we’re seeing from Boston right now, it’s undeniable that you have to give credit where credit is due.”

The Celtics’ convincing victory over the Raptors on Christmas Day improved Boston’s record to 21-7, good for second place in the Eastern Conference behind the Milwaukee Bucks, who own the NBA’s best record at 27-5.

The C’s aren’t without their flaws. For one, they could use help inside, especially in the wake of losing both Al Horford and Aron Baynes this past offseason. But Walker has meshed perfectly with the likes of Jayson Tatum, Jaylen Brown, Gordon Hayward and Marcus Smart, among others, and Brad Stevens’ group so far has had the look of a legitimate NBA Finals contender, with chemistry — both on and off the court — seemingly playing a major role in Boston’s early success.

Irving, meanwhile, hasn’t played for the Brooklyn Nets since Nov. 14 while battling a shoulder injury.

“First of all, when you think of Kemba, he’s a tad bit shy of Kyrie Irving in terms of skill set. But he’s the quintessential replacement, the perfect successor to Kyrie because of what he brings to the table on the court in terms of his ballhandling skills, his shot-making ability, his scoring ability overall and his miniature size,” Smith said. “All those things he brings to the equation — relatively similar to Kyrie — but what clearly appears to be the case in Boston is that you have an abundance of people around him ecstatic to be playing with him. There doesn’t appear to be any personal demons, any drama or anything like that that would inhibit his ability to perform or compromise the kind of relationship he can have with his teammates. … There’s no way around the fact that this team looks better — and happier — with Kemba.”

Can the Celtics keep rolling in the new year? Boston, winners of four straight, will close out 2019 with three more games against the Cleveland Cavaliers, Raptors and Charlotte Hornets. 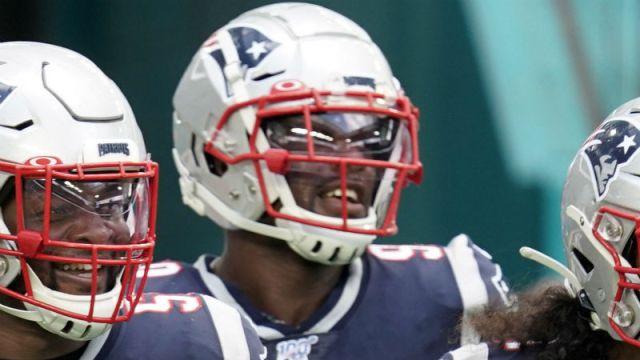 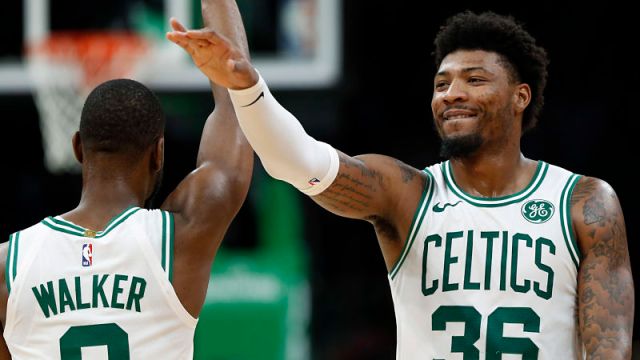 Marcus Smart Upgraded To ‘Questionable’ For Friday’s Game Vs. Cavaliers