Behind the offensive contributions from Gordon Hayward and Jaylen Brown, the Boston Celtics responded to every Miami Heat run and it helped them earn one of their best road wins of the year, a 109-101 victory at AmericanAirlines Arena Tuesday.

The Celtics have now won four of the last five games, despite being without starters Jayson Tatum and Enes Kanter for all three games of their road trip.

Hayward tallied his third straight 20-point game, finishing with a game-high 29 points and nine rebounds. Brown was equally crucial, concluding with 25 points on an efficient 10-for-16 from the floor.

“It was a big win,” Hayward said, as seen on NBC Sports Boston postgame coverage. “I think it was a great bounce-back win for us, as well.”

Hayward shot 10-for-14 from the field, including some pivotal points in crunch time. The Celtics forward connected on a pair of free throws to put Boston ahead 10 points with 3:36 left after finishing on a bucket down low to put Boston up 99-91 with just over four minutes left.

The Celtics led 53-48 at the half, but struggled to find consistency throughout much of the second quarter against Miami’s zone defense. Depicting their troubles, Boston shot 1-for-9 from the field over the first five-plus minutes of the second.

“They had more of a 1-3-1 look,” coach Brad Stevens said of the defensive scheme. “Those guys are long, it’s just a hard zone to play against.”

Brown helped the offense get out of that rut as he scored seven straight points in the third quarter to help the Celtics take a 65-57 lead approximately five minutes into the second half. The Celtics never trailed thereafter.

Here are some other notes from Tuesday’s Celtics-Heat game:

— Marcus Smart made winning plays down the stretch.

Having his own troubles offensively as he shot just 3-for-13 from the floor, it didn’t impact Smart from making his usual plays down the stretch. Smart (11 points, eight rebounds, four assists, three blocks) drilled a clutch 3-pointer with two minutes remaining to put the Celtics up 104-96.

Smart also came away with the Celtics’ 11th offensive rebound of the night in the final minute after a Walker missed 3-pointer, which helped the Celtics put the game away.

— The Celtics rode their energy from the jump.

Having been a team that has got off to slow starts, the Celtics made sure that would not be the case against Miami. The Cs scored the first eight points of the game before taking a 13-point lead in the first half.

It was something both Walker noted postgame.

“It was super important. I thought the way we played front he very beginning of the game was just great, our energy was great,” Walker said. “We didn’t always make shots the whole game, but we didn’t put our heads down. We just trusted each other and came out with a huge win in a tough place to play.”

— Boston is ready to get home after trying few days.

Following the death of Kobe Bryant and playing their third game away from the TD Garden, Stevens and players alike discussed how they were ready to get home.

“I mean, it’s been really hard to play, really hard to focus. He meant so much to all of us, everyone across the league, the sport of basketball,” Hayward said, via TNT’s postgame coverage. “It’s tough to play, words really can’t describe how I think everybody feels, so it’s such a tough tragedy.”

–Walker didn’t let a rough night get him down.

The guard was a modest 5-for-19 from the floor, including 3-for-13 from behind the arc, in 38 minutes, but he didn’t let that bog him down. Walker instead made plays for others, finishing with a game-high eight assists.

“It was just one of those nights,” Walker said. “You’re going to have rough nights and my teammates and my coaching staff just always keep me confident, keep on telling me to keep on shooting … My teammates, they were amazing, they held it down all night and like I said, that was just a huge win.”

— Brad Stevens employed an eight-man rotation against the Heat.

Playing without both Tatum and Kanter for the third consecutive game, Stevens kept his bench short. It meant more minutes for those like Brown (41 minutes), Hayward and Walker (38 minutes apiece). Fortunately, the Celtics still got contributions from everyone that touched the floor — including 23 minutes from rookie Grant Williams (five points, seven rebounds), 20 from Semi Ojeleye (seven points, three rebounds) and 14 from Brad Wanamaker (six points, two assists).

The Celtics will return to host Golden State on Thursday. 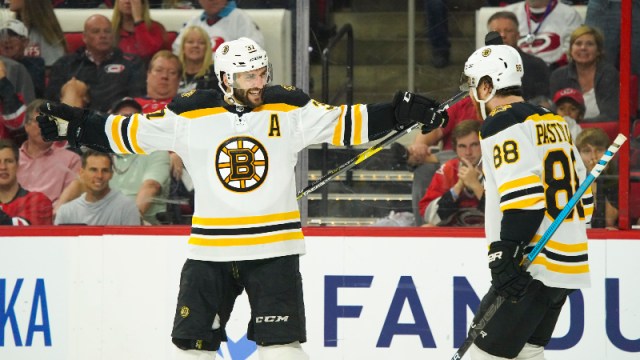 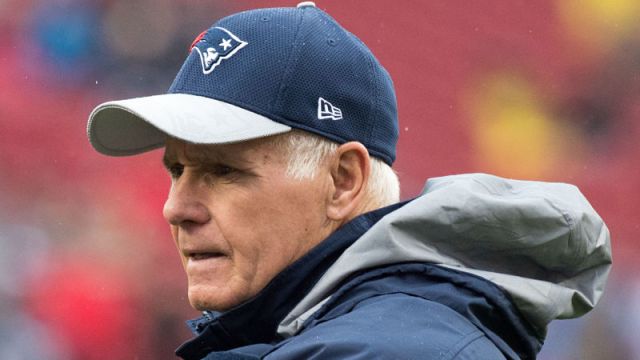