How Enes Kanter's Political Activism Has Taken Toll On His Family - NESN.com Skip to content

Enes Kanter’s political activism has taken quite a toll on him and his family.

The Boston Celtics big man is outspoken about the human rights abuses he believes are taking place in Turkey, his home country, under president Recep Tayyip Erdogan’s regime. Kanter is well aware of how powerful his platform as an NBA player can be, and decided early in his career to be vocal about the atrocities he’s witnessed.

But that activism comes with a hefty price.

“I had a meeting with my mom and my dad and my sister and my brothers and I’m like, ‘Look, I talk about some of the issues that go on in Turkey. And just because I talk about these issues, people are not going to like it. … They might jail you guys because of me. You guys are going to get lots of threats, lots of bad threats. You’re not going to be able to go out there and walk freely.’ … And I told them upfront this is going to happen, and they told me, ‘We got your back,'” Kanter told NBC Sports Boston’s Chris Forsberg on the latest episode of “The Enes Kanter Podcast.”

And life in Turkey hasn’t been easy for Kanter’s family, to say the least.

“In Turkey, it’s a little different because if the government can’t reach out to you, they’ll reach out to your family members and threaten you and say ‘You’d better stay silent or we’ll put your dad in jail,'” Kanter said. “So my family had to put a statement out there and said, ‘We’re disowning Enes.’ And the Turkish government didn’t believe that. They sent security guards, they sent police to my house in Turkey and they raided the whole house. They took all the electronics away — phone away, computers away, laptops away. They want to see if I had … contact with my family or not. So it’s even hard to just call them and talk to them.”

This is a TRUE story! pic.twitter.com/HqTmCaQidM 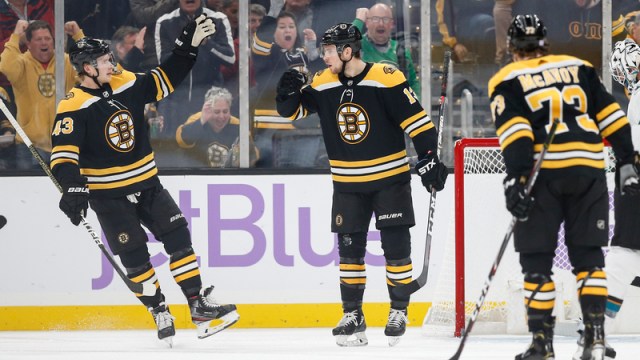 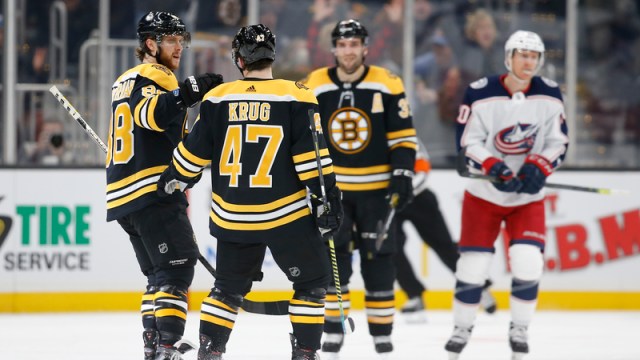 Bruins Winning First Period Challenge Vs. Blue Jackets ‘Was Nice To Get’