For some players, spring training is just an opportunity to knock off whatever rust accumulated over the winter.

For others, it’s a chance to win a job.

Even if there don’t appear to be any roster openings at the moment, prospects and fringe major leaguers alike can thrust their names into the conversation for an eventual big league role with a strong showing in camp.

The road to The Show is much easier for players already on the 40-man roster, as it’s one less hoop the team needs to jump through in order to facilitate their major league arrival. Still, one shouldn’t completely overlook a club’s non-roster invitees at the beginning of spring training when trying to project who will crack the 26-man — yes, Major League Baseball added a roster spot this season — Opening Day squad.

The Red Sox have 27 non-roster invitees in major league camp this spring. Most, if we’re being honest, have a very slim chance of opening the 2020 season in Boston. But several absolutely deserve your attention, for one reason or another, so let’s break those players down into tiers, starting with those whose performance over the next few weeks could go a long way toward impacting their standing within the organization.

These players have an outside shot — to varying degrees — of making the Opening Day roster, even though, again, their odds are lowered by virtue of not being on Boston’s 40-man roster, which already is full and therefore would need to be trimmed for any of these guys to break camp with the Red Sox.

Houck is the most intriguing, as he’s the organization’s No. 8 prospect, according to SoxProspects.com. The most likely scenario is Houck begins the season at Triple-A Pawtucket — where he ended 2019 — before arriving in Boston later in the year. But there’s a clear opening in the Red Sox’s rotation, and the 23-year-old offers more upside than any of the internal alternatives. He’s also a candidate for a bullpen spot given the fluidity of that unit.

Johnson and Poyner are familiar faces, having already made the rounds in Boston in recent years. It’s not hard to imagine either southpaw returning to the Red Sox in some capacity in 2019, perhaps even earlier than anticipated depending upon what happens over the next several weeks. Johnson, for one, could be used as a traditional starter or as part of an opener strategy given his ability to eat innings.

Lucroy, who signed with the Red Sox this week, is interesting in that he once was one of the game’s best all-around catchers before a significant regression relegated him to journeyman status. Boston seemingly is set behind the plate, with Christian Vazquez the starter and Kevin Plawecki the backup, but Lucroy’s track record alone is enough to garner attention.

Hernandez played in 61 games with Boston last season — one year after missing all of 2018 with a shoulder injury — but the Red Sox designated him for assignment last month before subsequently outrighting him to Pawtucket. Still, he’s very much a name to watch as the Red Sox sift through their utility options. While Jonathan Arauz (a Rule 5 guy) and Tzu-Wei Lin (out of options) have a leg up in the battle for spots on Boston’s bench, Hernandez, now 27, has shown promise at the major league level in the past.

Puello, once a highly regarded prospect in the New York Mets system, is a newcomer to the Red Sox organization. His chances of landing a spot on Boston’s Opening Day roster diminished when the team signed the more accomplished Kevin Pillar, thus eliminating the need for a right-handed-hitting outfielder to go alongside the left-handed-hitting trio of Andrew Benintendi, Jackie Bradley Jr. and Alex Verdugo. But as a viable alternative with past major league experience, Puello could wiggle his way into a roster spot should the injury bug bite. Verdugo already is dealing with an ailment.

McGrath, 25, has been in the Red Sox system since 2013. He certainly has paid his dues, with 2019 representing his finest work yet. The Melbourne, Australia, product went 7-1 with a 1.68 ERA and 9.1 strikeouts per nine innings in 27 appearances (15 starts) spanning 112 1/3 frames last season, and the current unpredictability surrounding Boston’s rotation at least leaves the door open for something — or someone — unforeseen.

The Red Sox added Reyes, 23, to their 40-man roster last offseason to protect him from the Rule 5 Draft. The righty had an OK, albeit unspectacular 2019, resulting in him going unclaimed on waivers this offseason, but he’s a reasonable depth consideration should something go awry.

Centeno, 30, has dropped in the pecking order with Plawecki replacing Sandy Leon as Boston’s backup catcher and Lucroy joining the mix as another veteran option behind the dish. His chances of joining the Red Sox one year after appearing in seven games with Boston probably are contingent on the health of others.

None of these players will begin the season in Boston. That doesn’t matter. They’re among the franchise’s top prospects, with Downs and Wong of particular note given that they just arrived in the blockbuster trade that sent Mookie Betts and David Price to the Los Angeles Dodgers.

Will we see any of them in 2020? Well, our own Dakota Randall covered that question Thursday in revealing his Red Sox prospect rankings.

In a league of his own?
Rusney Castillo, OF

By now, you probably know the story behind why Castillo — who signed a seven-year, $72.5 million contract in August 2014 — hasn’t appeared in a major league game since 2016. Basically, it’s a contractual issue. While Castillo probably is worthy of a big league roster spot, all things being equal, he’s simply not valuable enough to allocate $13.5 million towards the payroll, especially at a time when the Red Sox have prioritized getting under the $208 million luxury tax threshold.

Fortunately for Castillo, this is the final year of him being stuck in Pawtucket. He’s set to become a free agent after the 2020 season, making this one of the strangest contract years we’ve ever seen. 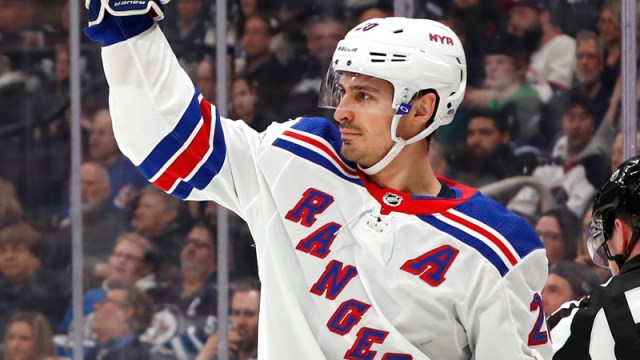 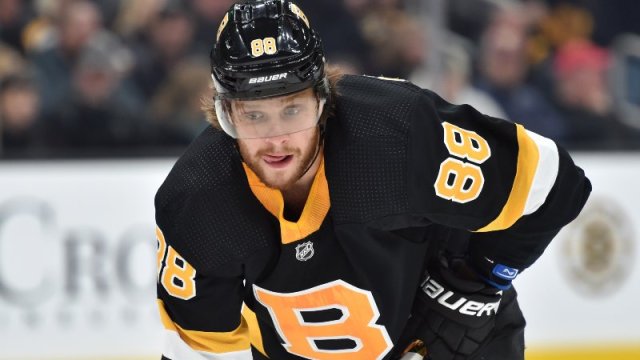 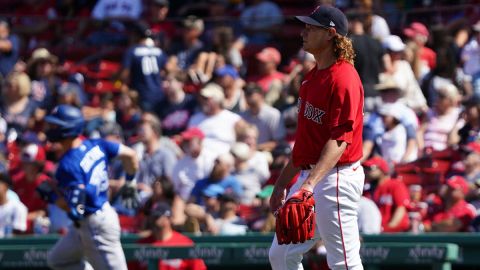