Jayson Tatum Is An NBA Superstar, To Surprise Of No One Who Watched Him Grow - NESN.com Skip to content

Jayson Tatum wasted no time leaving an impression on his teammates at Duke University — and on his future contemporaries.

One of the first times the 18-year-old took the floor for the Blue Devils came in 2016, in a scrimmage against the New Orleans Pelicans. It?s a daunting task for any college player, squaring off against a team headlined by Anthony Davis, but the freshman entered the fray and went right at some of the sport’s best.

At the time, the performance marked the latest ticked box on the checklist of a basketball superstar. Now, three years into his NBA career with the Boston Celtics, Tatum is coming into his own and looks like a top-five player for years to come. The likely NBA player of the month for February celebrates his 22nd birthday Tuesday as the best player on a team that should contend for a title in June.

For those who watched him grow up, though, none of this comes as a surprise.

It didn?t take Frank Bennett long to realize Tatum was a special player. The Chaminade Preparatory School basketball coach had a front-row seat to the maniacal work ethic Tatum melded with his supreme talent, driving him to improve every day.

As parents in the St. Louis area dragged their kids out of bed every morning, Tatum?s high school day typically began before the sun came up with early workouts at 5 or 6 a.m. to get up shots and do extra work to fine-tune his game. A full day of school followed, then practice. Even when that was all done, there was maybe a little more extra work to be done before finally calling it a day.

?High school basketball players — and just high schoolers, in general — think they?re working hard, but they really don?t understand that they?re not,? Bennett told NESN.com. ?They?re scratching the surface. For him, he?s been like that since I?ve known. He?s always been that type of kid.?

The talent, work ethic and size — 6-foot-7 in high school — quickly got him on the international basketball radar. Soon, Tatum was representing his country in FIBA tournaments across the world. He immediately stood out, and not just because of what he did with a ball in his hands, although he had that, too.

“Jayson always seemed to be a little bit above everybody when it came to his skill set, but also all the other intangibles like work effort, understanding how everybody’s important — be nice to your coaches, be nice to the trainers, be nice to your teammates and be a good teammate,” USA Basketball coach Eric Flannery told NESN.com.

Tatum won gold three times, highlighted by a head-turning performance against Australia in the 2014 U-17 championship, where he made a pair of big shots in the final minute to ice the game.

?That sums him up,? Flannery said. ?When you get the best players in the world together, even at a young age, you often times see guys who really don’t know how to play with others or be a good teammate. Jayson always seemed to have that ability to be OK with his role, not to necessarily worry about being the man or scoring, but when he had to, he always did.?

It quickly became evident he already saw the game at an advanced level.

Back in St. Louis, he continued to dominate.

As a junior, he was a second-team All-American, averaging more 26 points and 12 rebounds per game. MaxPreps named him the National Junior of the Year. A preseason All-American ahead of his senior year at Chaminade, Tatum poured in 29.5 points per game — including six 40-point games — and the Red Devils went on to win a Missouri state title.

ESPN’s No. 3 high school recruit then swapped his red for blue and headed for Durham, N.C. Again, it took him little time to prove he belonged — and would excel — within one of college hoops’ top programs.

“As a player, the moment he came to Duke, he was just so polished. He looked like an NBA guy,” former Duke walk-on Nick Pagliuca told NESN.com.

Recalling the scrimmage versus the Pelicans, Pagliuca marveled at how Tatum went right after a star-laden NBA squad at such a young age.

“Those guys (Davis, Jrue Holiday, Solomon Hill) were playing, and he was kind of going right at them, hitting his nice step-back he loves. And that’s at the start of his freshman year in college. His game was really smooth.”

Unfortunately for Tatum, the transition to college life was made slightly more difficult by a preseason foot injury that cost him the first eight games of the season. In just his second game back, against No. 19 Florida at Madison Square Garden, Tatum announced his presence with undeniable authority. He came off the bench to score 22 points on 7-of-11 shooting, scoring 12 points in the final 7 minutes of a win for No. 5 Duke.

?Took off right there,? Pagliuca said.

While Tatum considered a return, it was clear he was best suited as a one-and-done in Durham. He was a slam-dunk lottery pick and was a consensus top-three candidate.

The Celtics, meanwhile, were about to finally hit the NBA draft lottery. With a 25 percent chance to get the top pick (by way of the Brooklyn Nets), Boston finally got pingpong balls to bounce its way.

But a difficult decision loomed, as Danny Ainge, Brad Stevens and the rest of the Celtics brain trust would be choosing from a group of elite prospects that included Tatum, Markelle Fultz, Lonzo Ball and Josh Jackson.

?There wasn?t any guy who stood out as, ?Oh my gosh, he?s better than anyone else,?? Ainge said in a June 2017 interview on the team?s YouTube page. ?(There were no) LeBron James or Kevin Durants, did we see, in this draft.?

Going through the process, though, Tatum stood out. Stevens and Co. liked the game. His offensive prowess was obvious, but his defensive ability was clear, too. The film popped, but what kind of kid was Tatum?

Pagliuca, the son of Celtics managing partner and alternate governor Steve Pagliuca, offered a unique perspective as someone who played with Tatum at Duke but also was so close to the organization.

?I just happened to be around one day when Brad was watching film on Jayson,? Nick Pagliuca recalled. ?I just stopped in to say hi and he was watching the film, and he just asked me about him. … One of the things that?s harder to get at when you?re an NBA team scouting is kind of the work ethic, and is this person a good guy? Jayson checks all the boxes there.?

That was a constant theme as the Celtics continued reconnaissance.

?It?s just an easy sell,? Bennett flatly stated. ?He?s a high-character kid who?s really good at basketball. He?s really good. There are no chinks in his armor. That?s just how he is, that?s who he is. What you see, honestly, is what you get from him.?

Flannery added, ?When people were talking to me leading up to the NBA draft, he was the No. 1 guy on my chart. I know I couldn?t convince everybody, but I know I had talks with Brad and some other guys leading up to the draft, and he?s one of the guys I had the highest marks for, all-around, in my years dealing with USA Basketball.”

What followed was one of the greatest heists in NBA history. Just days before the draft, Ainge traded the No. 1 pick — the bounty he and Celtics fans so dearly coveted and chased for years — to the Philadelphia 76ers. The clubs swapped picks, giving Boston the No. 3 pick, and Ainge also picked up another future first-rounder.

Three nights later, Philly made Markelle Fultz the No. 1 pick, and the Lakers grabbed Lonzo Ball at No. 2, as Tatum settled into the third spot for Boston. The Celtics made the pick, and made it clear they were happy about the possibilities.

It should come as no shock Tatum hit the ground running in Boston. He made the All-Rookie team in 2017-18, and he dropped a whole bunch of jaws as Boston improbably reached the Eastern Conference finals — with All-Stars Gordon Hayward and Kyrie Irving watching, injured, from the sideline.

Tatum’s dunk over LeBron James in Game 7 of that series remains the greatest play of his young career.

James and the Cleveland Cavaliers held on, but James became the latest to marvel at Tatum.

“I just love everything about the kid,” James said after Game 7. “The way he plays the game, his demeanor, where he comes from. I just know he’s built for stardom. He’s built for success.”

A tumultuous 2018-19 season seemingly stunted Tatum?s growth. There were flashes, but they were too few and far between. A seemingly dismal locker room culture, headed by Kyrie Irving, couldn’t help. But then again, Tatum was just 21 at season?s end, and growing pains happen.

Irving moved on after the season fizzled in the second round. Boston signed Kemba Walker, and there?s an undeniable sense of togetherness on this 2020 Celtics team. All the while, Tatum has flourished.

?It just took a little bit of him evolving and growing and understanding it’s OK to be young and be the guy,? Bennett said. ?Obviously it takes a staff time to recognize they have that type of guy. I think that’s what we’re seeing here this year. It just takes a little bit of time, but when it lines up, it’s pretty powerful.?

With Walker dealing with an ailing knee, it has allowed Tatum to take over as the Celtics? go-to guy. Somewhere along the way, something unlocked for him in his first season as an NBA All-Star. Tatum is averaging 34 points per game in the five games since the All-Star break, including a 41-point showing on a national TV stage against James and the Lakers. James and Tatum gave each other the 21st-century stamp of approval with mutual fawning Instagram posts, while another Hall of Famer, Carmelo Anthony, marveled at Tatum after he torched Portland for 36 points a few days later.

?I get a kick out of watching him now and remembering those days back when he really was a kid to where you see him as a grown man dominating the NBA,? Flannery said. ?That’s kind of what I always expected. You’re so happy to see when it does work out for people who are good people and do it the right way.?

All the while, he remains, by all accounts, a good person, which is far from a given for someone who has experienced so much success at such a young age.

?It just puts a smile on your face,? Bennett said. ?You just want him to get everything he?s got and more. I?m proud of him. I can?t articulate that enough.?

As Tatum grows up before the basketball world?s eyes, it?s hard not to wonder what his ceiling can be. If he?s already there, that?s a helluva an NBA player, but he might just be getting started.

?I really think he has the potential to be one of the greatest to ever play,? Bennett said.?Obviously that stems from the skill set, but obviously the intangibles. When you look at his ability to lead at such a young age.

“Obviously, I’m a little bit biased, but I’m just waiting for him to get settled in. That’s what’s happening right now where he?s settling in and doing what Jayson does, and that?s play at a high level, an efficient level and playing on both sides of the ball. He?s a winner.? 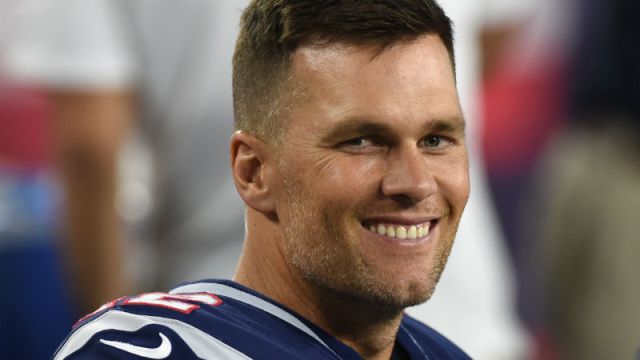 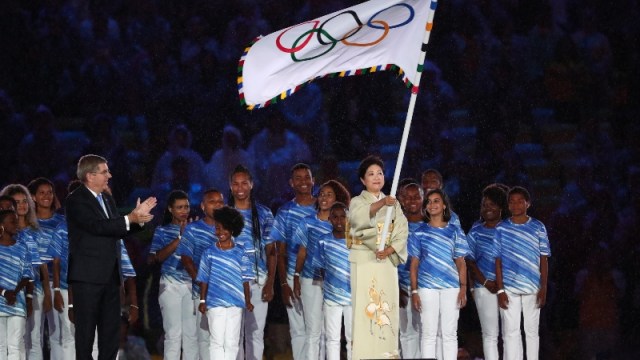 Coronavirus Fears Could Delay Tokyo Olympics Until Any Time In 2020