Jemele Hill already has reached a verdict on Justin Rohrwasser.

The New England Patriots on Saturday selected the Marshall kicker in Round 5 of the 2020 NFL Draft. It didn’t take long for fans and media to flag some of Rohrwasser’s tattoos and social media activity as problematic.

The New York native’s social media accounts are littered with posts and “likes” that suggest Rohrwasser supports far-right groups and ideology. He also has a tattoo of the logo for Three Percenters, a far-right militia movement and paramilitary group that primarily advocates for gun ownership rights and and limiting the Federal Government’s involvement in local affairs. During a conference call with reporters, Rohrwasser said he was an under-informed teenager when he got the tattoo, which he plans to cover. He did not offer an explanation for his social media activity in the years since, nor was he asked to.

For what it’s worth, Rohrwasser does not appear to have the tattoo in photos of him during his days at the University of Rhode Island, which he attended from 2015 to 2016. He sat out 2017 before resuming his collegiate career in 2018 as a redshirt junior with Marshall.

As for the Three Percenters, it is worth noting the group has attempted to separate itself from racist ideology. After its members attended the Aug. 2017 “Unite the Right” rally in Charlottesville, Va., the organization’s “National Council” issued a “stand down order,” stating, “We will not align ourselves with any type of racist group.” Many Three Percenters supporters communicate the opposite sentiment in social media comment sections, among other places.

The Twitter thread highlighting Rohrwasser’s controversial social media activity features posts/likes that imply the new Patriots kicker is a passionate conservative who occasionally aligns himself with far-right groups, such as the Three Percenters. In multiple posts, Rohrwasser has shown support for United States President Donald Trump as well as contempt for those who, during the playing of the national anthem, have knelt in protest of racial and social injustice in America. He has downplayed the severity of COVID-19 and elevated the works of popular Psychologist Jordan Peterson and philosopher Ayn Rand, two individuals some consider to be controversial.

None of the posts in the aforementioned thread show Rohrwasser directly communicating racist or white supremacist ideology. Whether he indirectly does so via his social media activity is subject for debate.

Since being drafted by the Patriots, Rohrwasser has changed his Twitter account from public to private and scrubbed his Instagram account of multiple posts. Additionally, some people claiming to have attended URI with Rohrwasser have come forth and accused him of exhibiting racist behavior.

Hill hardly is the only person who has criticized Rohrwasser and the Patriots for drafting him. Of course, those who believe they have enough evidence to judge Rohrwasser have every right to do so, as do those who insist on giving him the benefit of the doubt.

Still, it might be beneficial for all parties to give Rohrwasser an opportunity to explain his past — at least more than what he was given Saturday. Whether the notoriously strict Patriots will afford the rookie such an opportunity is anyone’s guess. 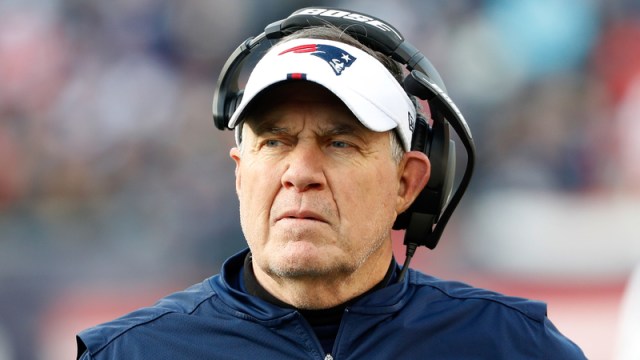