Jose Canseco either is one of the more sinister trolls of all time, or he really has some dirt on Alex Rodriguez. Or maybe he thinks he knows something but in fact has no idea what he’s talking about. Or maybe he just has some weird obsession with Jennifer Lopez.

Regardless, the ongoing Canseco-A-Rod-J-Lo feud took another bizarre turn over the weekend.

Last year, Canseco accused Rodriguez of cheating on Lopez with Canseco’s ex-wife, Jessica, to whom the former Major League Baseball slugger was married from 1996 to 1999. Canseco levied the accusations against Rodriguez shortly after the ex-New York Yankee proposed to Lopez. A month later, Lopez fired back at Canseco.

That brings us to Easter Sunday when Canseco fired off this tweet:

Happy Easter to everyone except Alex Rodriguez

Later that night, Canseco presented a mysterious offer to Lopez before doubling-down Monday.

@JLo I have something to show you for your eyes https://t.co/ZPglBSjvqV will not regret seeing it..contact Morgan at 702 374 3735

Whether Canseco truly possesses damning intel on Rodriguez is anyone’s guess. But if he does, the way he’s going about revealing it is downright strange. 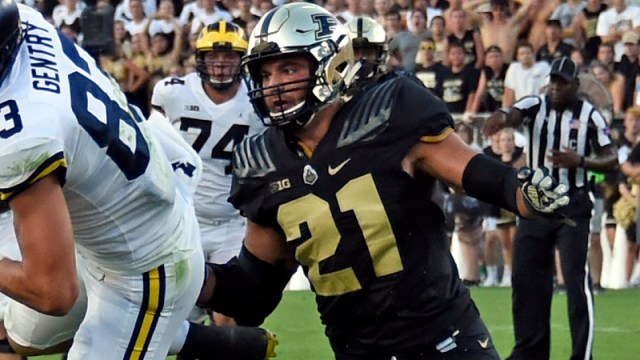 NFL Rumors: Patriots Have Had Multiple Meetings With This Linebacker Prospect