Roger Clemens’ dominance spanned parts of three decades, but his greatest performance might have come right near the beginning of his illustrious career.

On April 29, 1986, Clemens took the ball at Fenway Park for an otherwise unheralded early-season game against the Seattle Mariners. Those lucky enough to be in attendance that night would see history made before their eyes, as Clemens set a new major league record with 20 strikeouts in the game.

You can rewatch that game Tuesday night at 6 p.m. ET on NESN, but here’s what you might not remember about that unforgettable game.

There weren’t many people in attendance — for good reason
According to records, just 13,414 people attended Clemens’ first 20-strikeout game. Yes, it was a chilly April night, but the low attendance was also in part because the Celtics were playing the Atlanta Hawks in Game 2 of their second-round playoff series at Boston Garden that night. Another 14,890 crammed the Garden to watch Larry Bird score 36 en route to Boston’s 119-108 win over Dominique Wilkins and the Hawks as Clemens made history a few miles away.

Clemens almost missed the game, too
Know who forgot the Celtics had a game that night? Clemens himself. The fire-baller has since revealed he was almost late for the game for a very identifiable reason: traffic on Storrow Drive. Clemens got caught in the dreaded Storrow standstill, a brutal combination of rush-hour traffic and fans trying to get to the Garden. Ultimately, a state trooper saw the famous pitcher and gave him an escort to Fenway Park.

The Spike Owen factor
Owen, the Seattle shortstop was heavily involved. Owen was a teammate of Clemens at the University of Texas and led off the game. Clemens had some fun with his buddy, brushing him back with some heavy heat on the second and third pitches of the game. He then struck him out. Owen would get some measure of revenge, singling in the fourth inning; the next eight outs following that hit were strikeouts. Brings this story full circle, the Red Sox traded for Owen at the deadline that season.

Trailing late
Mariners pitcher Mike Moore matched Clemens zero-for-zero most of the night, and when Gorman Thomas took Clemens deep in the seventh inning, the Mariners actually led the game 1-0. The home run was an anomaly for Gorman, as it was his only career hit vs. Clemens. The Red Sox, of course, would regain the lead on a Dwight Evans three-run homer in the bottom half of the seventh.

First but not the last
Clemens, believe it or not, became the first pitcher in big league history to strike out 20 batters in a nine-inning game. By the way: 136 pitches, 97 (!) strikes. So, that’s impressive. What’s even more impressive, though, is Clemens also became the second pitcher ever to do it — 10 years later. The right-hander struck out 20 Detroit Tigers in September of 1996. Since then, Kerry Wood, Randy Johnson and Max Scherzer also have recorded 20-strikeout seasons.

An unforgettable season
Clemens’ masterpiece was the best of many in 1986 for him. Clemens finished the season 24-4 with a 2.48 ERA, earning him not only a unanimous vote in the Cy Young Award, but Clemens also secured 19 of 28 first-place votes to also win the MVP. Oddly enough, while Clemens struck out 10 more in eight of his starts that season, he didn’t strike out more than 11 in a single game the rest of the season. 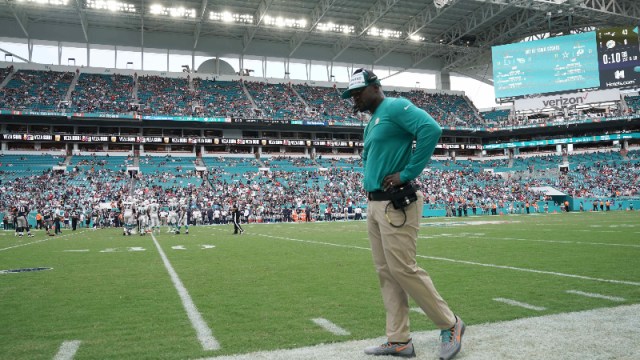 NFL Rumors: Dolphins ‘Tilting Towards’ Drafting This QB With No. 5 Pick