Next up: the secondary.

MOST TO PROVE
Joejuan Williams

Williams’ rare size (6-foot-3, 212 pounds) makes him an intriguing prospect, but he hardly saw the field as a rookie, playing just 7.9 percent of New England’s defensive snaps. With every 2019 cornerback set to return, Williams’ path to playing time won’t get any straighter this season. The Vanderbilt product played some safety last preseason and reportedly is preparing himself to play either position as he looks to avoid becoming the latest victim of New England’s second-round defensive back curse.

Speaking of second-round DBs, Dugger also will be under the microscope in his first pro campaign, especially by those who questioned the Patriots’ choice to draft a Division II player at No. 37 overall.

It’ll be extremely difficult for another cornerback to crack the 53-man roster, but we liked what we saw from Ross last summer. The undrafted rookie flashed in training camp before suffering what proved to be a season-ending injury.

We’ll also have our eye on Bryant, a 5-foot-8, 183-pound UDFA who played safety at Washington last season but projects as a slot corner at the NFL level. The Patriots have a keen eye for undrafted cornerback talent, their list of previous finds including Jackson, Jones, Malcolm Butler, Kenny Moore and Cre’von LeBlanc.

BY THE NUMBERS
First: Where Jackson’s 37.0 passer rating against ranked among all NFL cornerbacks in 2019, according to Pro Football Focus. Jackson firmly established himself as one of the league’s top young corners in his second pro season, intercepting five passes and breaking up five others while excelling in man coverage and in deep-ball defense. After Jackson picked off two passes in a Week 15 win over the Cincinnati Bengals, Gilmore said he “has the best ball skills I?ve seen, and I?ve seen a lot of corners.”

First: Where the Patriots ranked in pass defense DVOA and total defense DVOA last season, according to Football Outsiders. Their pass defense mark (-33.8%) was the best by any team since the 2013 Seattle Seahawks. New England also ranked first in interceptions and interception rate and second in passing yards allowed per game and per attempt.

THREE BIG QUESTIONS
1. Can this group remain elite? The Patriots boasted the NFL’s best secondary last season, and nearly every member of it still is on the roster. Every cornerback from the 2019 team is set to return, and the safety group lost just one notable contributor: third safety Duron Harmon, who was traded to the Detroit Lions in a salary dump.

If Jason McCourty and Chung can come back healthy — we put McCourty in the “near lock” category since he’ll be 33 and is coming off groin surgery — Gilmore and Devin McCourty can maintain their elite levels of play and Jackson can take another step toward true stardom, this unit again should be one of the league’s best.

2. What role will Dugger play? The Patriots’ top 2020 draft pick is big enough to line up in the box (6-foot-2, 220 pounds) and athletic enough to play deep safety, which was his primary role at Lenoir-Rhyne. He saw action at both spots during the Senior Bowl and likely will be a versatile player for New England, as well.

Dugger could begin by taking on some of Harmon’s free safety responsibilities while occasionally spelling Chung, who’s battled numerous injuries in recent years. The Patriots currently have better depth at strong safety (Chung, Phillips, Brooks) than at free safety (McCourty, Davis). Dugger also was an excellent punt returner in college and could immediately contribute in that area.

3. How will the safety battle shake out? Barring a significant summer surprise, the cornerback depth chart should be set. There is some room for competition at safety, however, as it’s unlikely Phillips, Brooks and Davis all will make the team.

Brooks played well as Chung’s No. 2 last season before struggling in the Patriots’ wild-card round loss to the Tennessee Titans. Phillips and Davis came aboard as veteran free agents this offseason.

Both are accomplished special teamers — the former was a first-team All-Pro in 2018, and the latter played more than 350 snaps in the kicking game in each of the last three seasons — but Phillips has more defensive upside. He’s highly versatile, box safety, deep safety, linebacker and in the slot for the Los Angeles Chargers.

Chung had been mentioned as a potential surprise cut candidate, but his contract extension quieted those whispers.

More Patriots: Here’s When Patriots Will Report To Training Camp 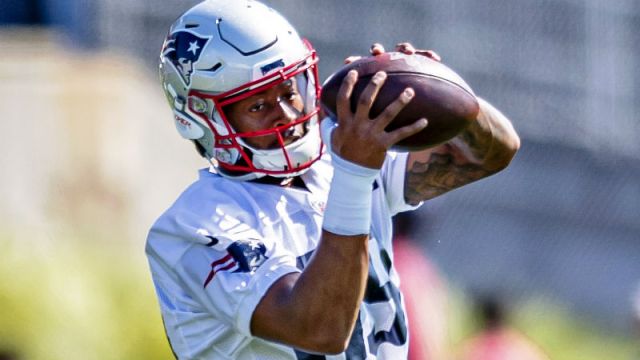 NFL Rumors: Here’s When Patriots Will Report For 2020 Training Camp 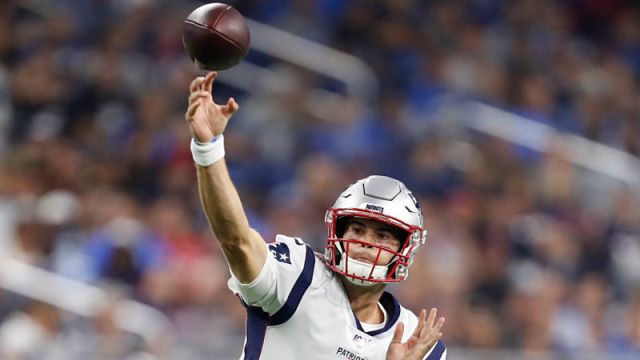 Could New England’s Offense Be Better Without Tom Brady? Ex-Patriot Weighs In